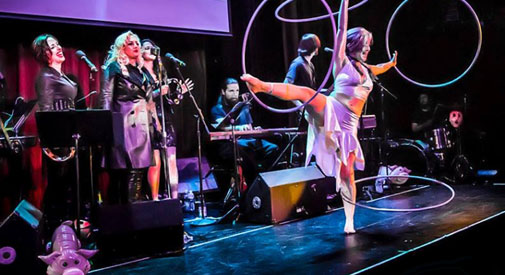 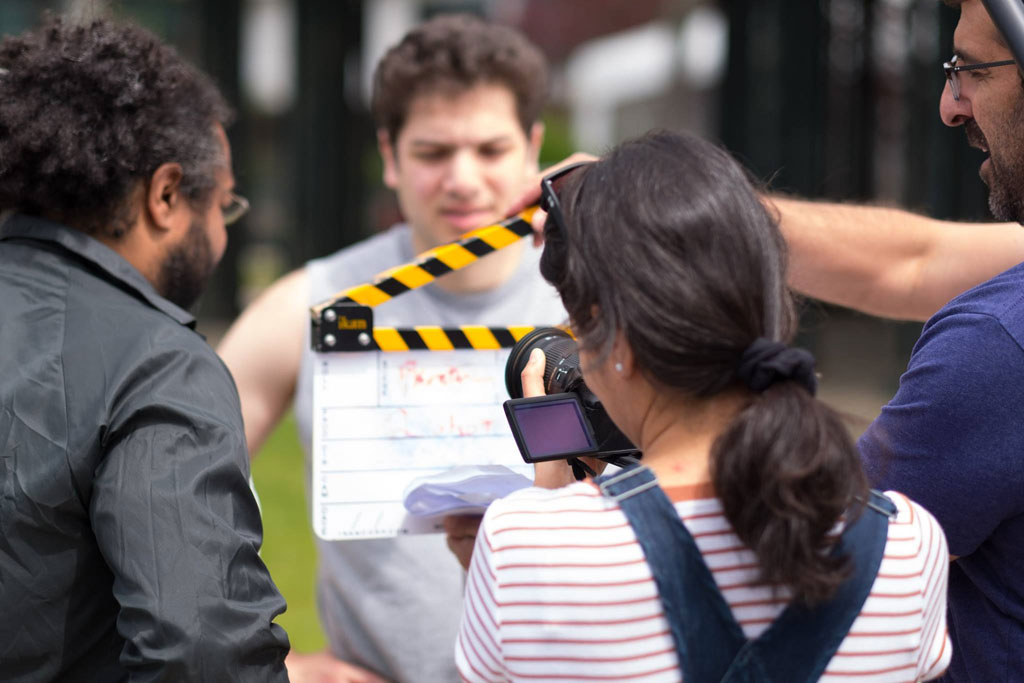 Teams of local filmmakers were given exactly 48 hours to make movies, and here’s the first half of the 60 short films they wrote, shot, edited and scored over the sleepless weekend of May 5. Information is here.

Teams of local filmmakers were given exactly 48 hours to make a movie, and here’s the second half of the 60 short films they wrote, shot, edited and scored over the sleepless weekend of May 5. Information is here. 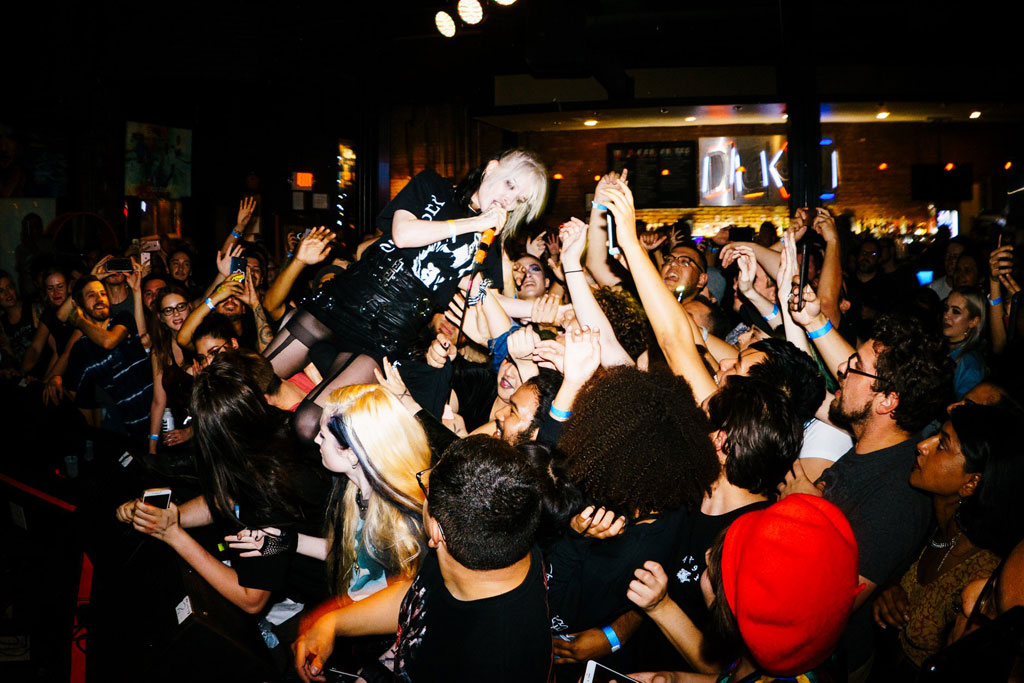 Alice Glass with Pictureplane from 8 p.m. to midnight at The Sinclair, 52 Church St., Harvard Square. Tickets for this 18-plus are $20 in advance, or $22 day or show.

Alice Glass was the brash voice of the band Crystal Castles – recall her performing on audience members’ outstretched hands during a 2011 show at House of Blues despite having broken her ankle and showing up on stage with a cast and a crutch – and now is going it alone after breaking free of bandmate Ethan Kath, accused by Glass and others of abuse. Information is here.

Adults get to enjoy the local Legoland kid free at a masquerade prom where they’re encouraged to dress up. Activities include the crowning of a prom king and queen, a costume contest, dance and a build challenge. Guests will also be able to go on the center’s two rides, watch a 4D movie and explore Miniland, a mini-version of Boston landmarks made of Legos, and see the Lego Star Wars Miniland model display. Information is here. 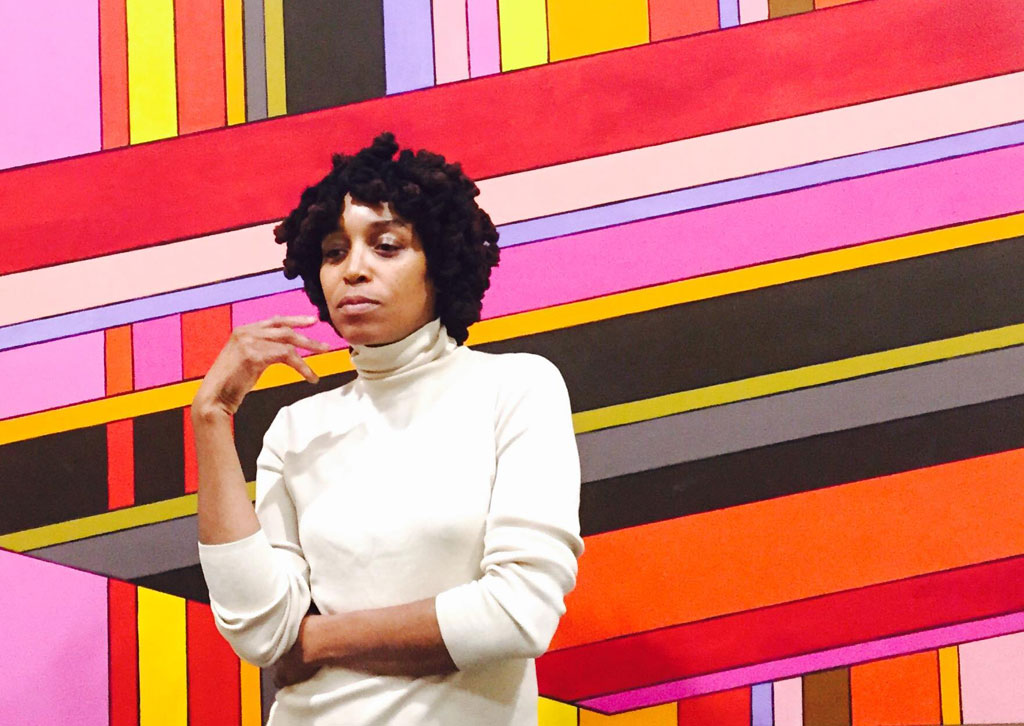 A two-round speed slam (meaning work of one or two minutes) of fierce, funny spoken word will help narrow a field of nearly two dozen poets (Neiel Israel is seen above) to the one who’ll be entered into a national competition taking place in October. The show is 18-plus. Information is here.

The 2016 election inspired a broad-based resistance not seen in the United States in decades, and the American Repertory Theater and Carr Center for Human Rights Policy – in collaboration with Pangyrus and other literary and arts initiatives – have been running a series of intimate performances on the theme of “Resistance,” with artist-activists telling powerful stories and performing politically engaged works. Guests at this show include Ethan Gilsdorf, Robert Pinsky, Stan Strickland, Shuchi Saraswat, The True Colors Troupe and Artistic Noise. Information is here. 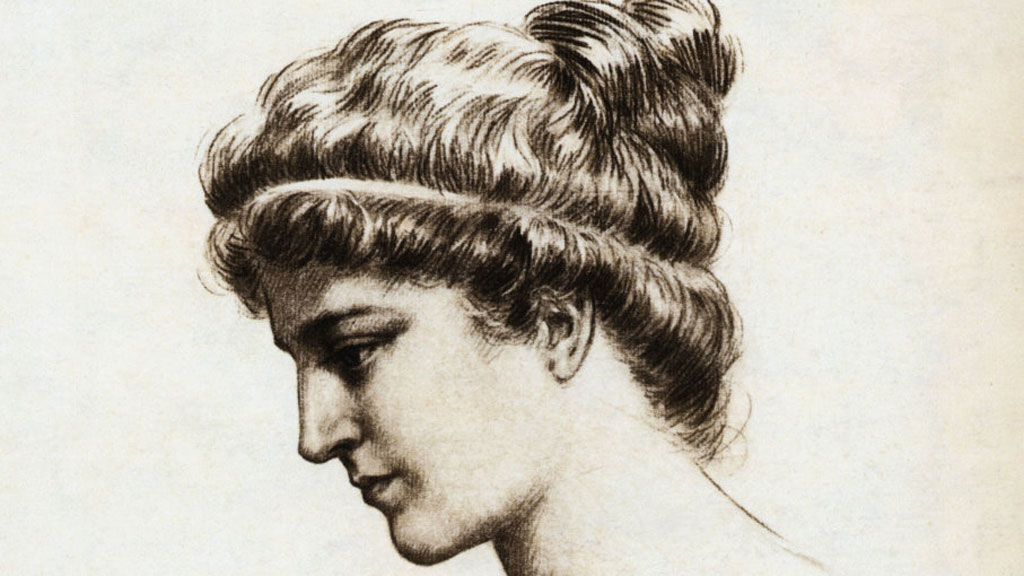 Catherine, a recently divorced astronomy professor, is driven slowly mad by the appearance of the ancient female scientist Hypatia, who was murdered by a mob for her radical, progressive assertions of the heavens in this play written by Ingrid Oslund and directed by Kitty Drexel. It’s part of FirstWorks, the Theatre@First company’s workshop program for new plays. There will be a talkback session immediately following the show. Information is here. 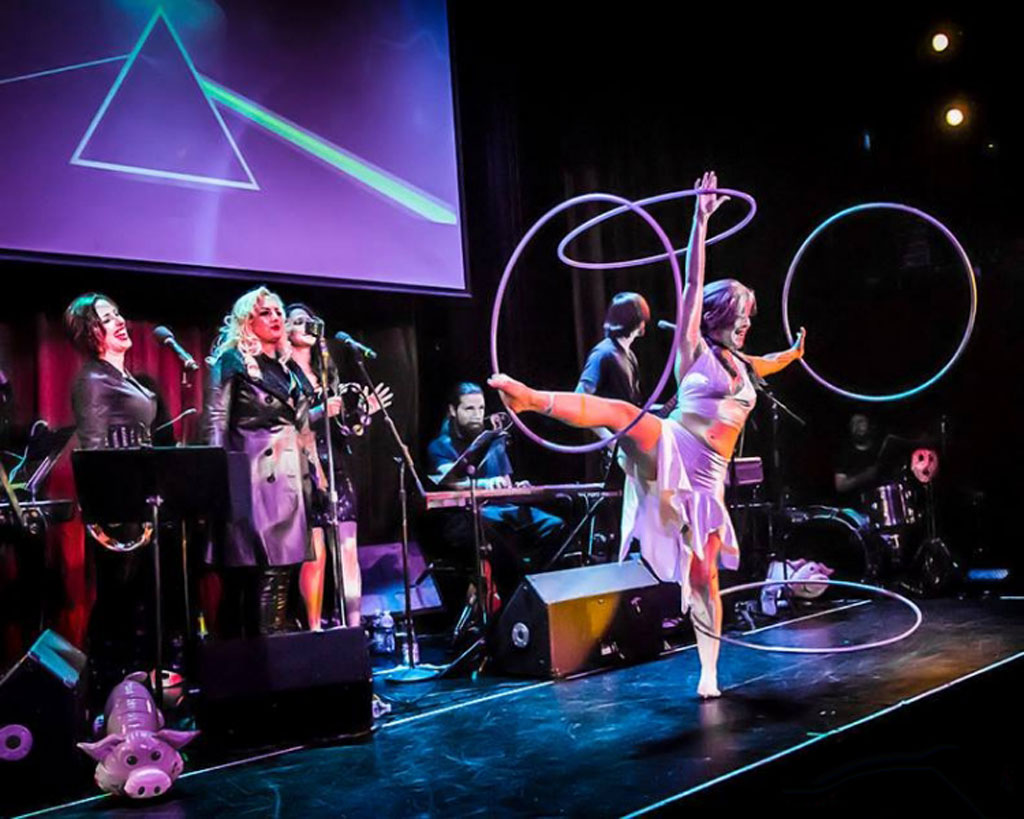 “Blonde Side of the Moon” Pink Floyd tribute at 8 p.m. Friday at Oberon, 2 Arrow St., Harvard Square. Tickets are $30 to $40 (but become less expensive Saturday).

Chanteuse Niki Luparelli reapplies her singing skills and returns her burlesque acquaintances to the stage for a spin on the trippy prog band. Luparelli is always a good time. (Photo: Roger Gordy) Information is here. 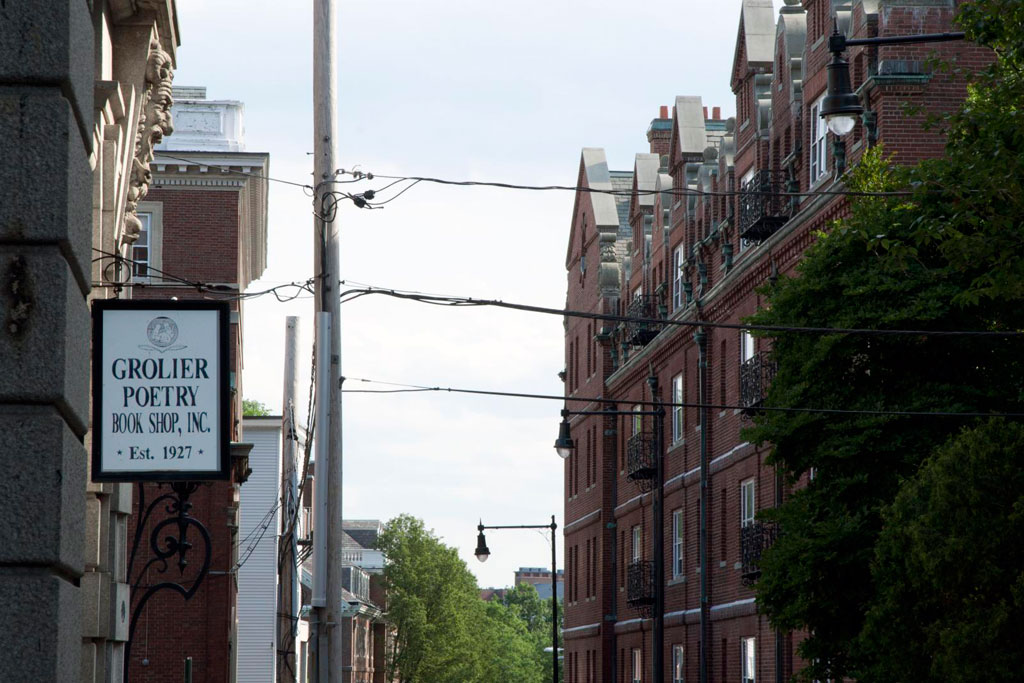 This 90th anniversary celebration brings a parade of poets to the street, including sections that focus on works for children and concerning Shakespeare (including an adaptation of “Twelfth Night” followed by interactive segments) and translated works, as well as performances starting at 6:20 p.m. that add harp and dancers from Turkey, Brazil and Israel. Grafton Street will serve food and host a beer and wine garden, and Whiskey Radish will sketch and will take photographs. (Photo: Irene Lee via Flickr) Information is here.

Update on May 18, 2018: Due to the forecast of 50 degrees and rain for most of the day, the festival has been moved to the rain date and will run from noon to 8 p.m., event producer and manager Francine C. LaChance said.

Chanteuse Niki Luparelli reapplies her singing skills and returns her burlesque acquaintances to the stage for a spin on the trippy prog band. Luparelli is always a good time. Information is here.

The Somerville Arts Council and Somerville Media Center screen 15 short films featuring community voices in the open air – unless it rains, in which case the festival heads inside to the Media Center. Information is here.

Tim Devin, author of “Mapping out utopia: 1970s Boston-area counterculture,” leads a second walking tour of landmarks from the counterculture of the 1960s and 1970s. Inman Square itself was home to more than a dozen mission-based orgs and businesses, from alternative schools such as the all-volunteer Trout Fishing in America to cooperatives such as the Bicycle Repair Collective and feminist collectives such as the New Words Bookstore. Information is here.

Inman Eats & Crafts 2018 from noon to 4 p.m. on Cambridge Street in Inman Square, between Springfield and Prospect streets. Tickets are $15, including a limited amount of “Inman Bucks” for speciality foods. 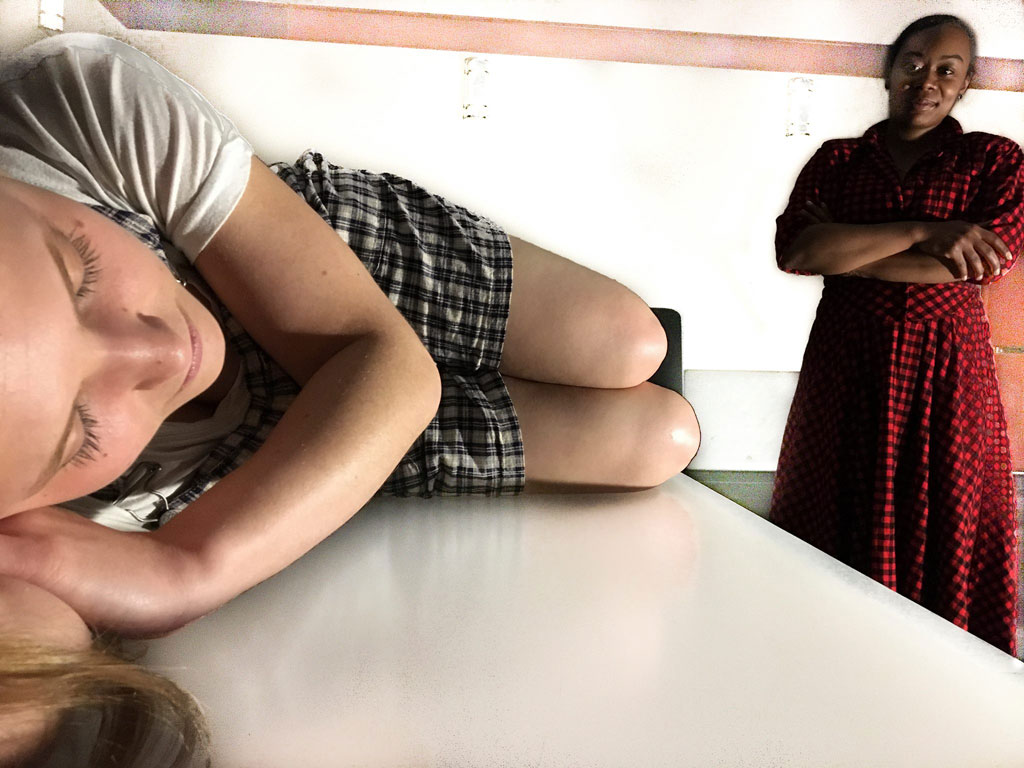 The Pulitzer Prize-winning drama set in the fictional town of Grover’s Corners, New Hampshire, is directed by Marcus Stern and features the graduating A.R.T. Institute for Advanced Theater Training Class of 2018. Information is here.