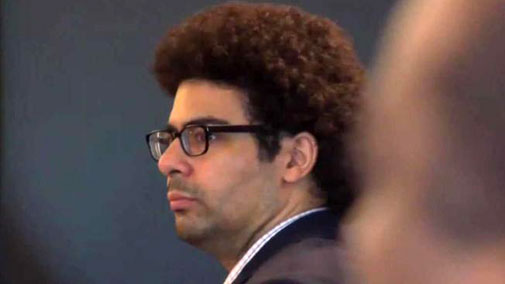 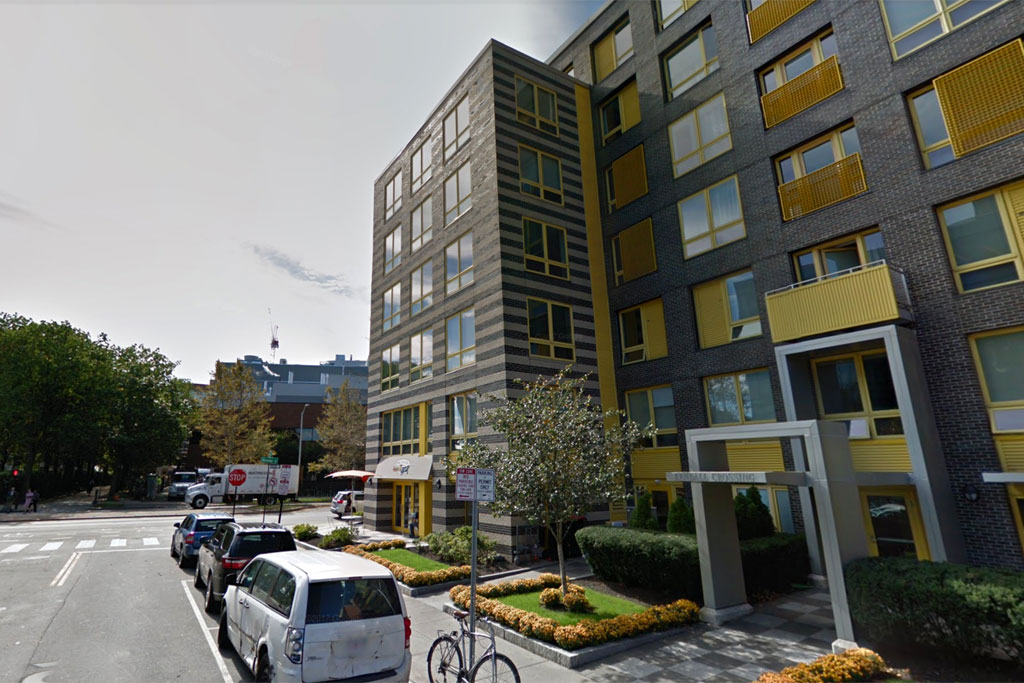 The apartment building of Carlos Colina is at right, a block south of Cambridge Police Department headquarters. Colina left a duffel bag with a human torso across the street in a passageway at left. (Photo: Google)

Carlos Colina, 35, of Cambridge, was found guilty Friday of the April 2015 death and dismemberment of Jonathan Camilien, 26, of Somerville, whose remains were discovered in a duffel bag in Kendall Square not far from Cambridge Police Department headquarters.

“The facts of this case are particularly disturbing,” Middlesex District Attorney Marian Ryan said. “After a fatal altercation with the victim, the defendant deliberately tried to cover up his crime by dismembering the victim’s body and using various cleaning products in an attempt to remove any trace evidence from the scene.”

The duffel bag, seen leaning against a fence on Binney Street in Cambridge, was reported to police as “suspicious” at around 7:54 a.m. April 4, 2015. When officers arrived, they found a human torso inside.

Carlos Colina on May 7, from an NBC Channel 7 broadcast.

Reviewing security footage from local businesses, investigators saw a man leave a Binney Street apartment building and abandon the bag. Searching the trash rooms on each floor of the building, investigators found two more bags with human remains on the third floor – and outside the defendant’s third-floor apartment, there was a strong odor of bleach. They could hear a vacuum cleaner being used inside, officials recounted.

When Colina emerged from his apartment, he was wearing wet clothing and smelled strongly of cleaning products. When authorities asked him to accompany them to the police department, the Colina said: “Why am I a suspect?”

While reviewing apartment security footage, authorities saw the defendant and victim, who were known to each other, enter and leave the building twice the night before – the final time, at 11:17 p.m.. Security footage later saw Colina entering the building early April 4 with shopping bags containing cleaning supplies.

Investigators would later find the victim’s cut-up identification and credit cards in the trash, as well as a broken saw and rope. A search of the Colina’s apartment turned up blood under the carpet and in the his bathtub, along with damage to the tub from where Colina used them on Camilien’s body. The Office of the Chief Medical Examiner believed the victim had asphyxiated before death.

Authorities would also discover CDs recorded by the defendant where he rapped about topics including murder and dismemberment, Ryan said. Colina is from Bowdoinham, Maine, and worked out at the nearby Cambridge Athletic Club in Tech Square.

“Thanks to the swift work of authorities, Mr. Colina was apprehended hours after this horrific crime,” Ryan said.