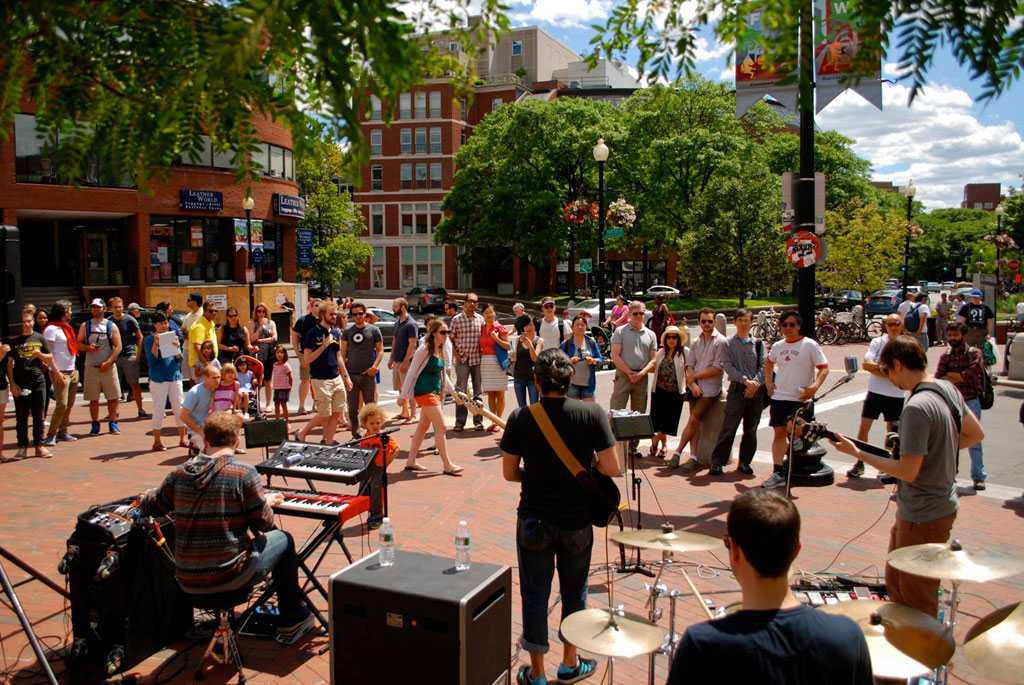 Musicians’ plans to protest a Harvard Square music event are drawing support, including a big ally in state Rep. Mike Connolly, after the Harvard Square Business Association’s president was identified as the one evicting hundreds of bands and small businesses from the EMF Building near Central Square.

“By evicting the artists and musicians at EMF, John P. DiGiovanni is putting real estate profits ahead of the interests of our community,” Connolly said Friday in a Facebook post showing he planned to attend the protest and saying it was “time to speak out.”

Around 140 people plan to attend the protest, according to the Facebook event page, and more than 640 others are interested.

The 11th Annual Make Music Harvard Square/Fete de la Musique takes place June 16, following a model begun more than 35 years ago in Paris that has bands performing at several areas around Harvard Square over several hours. Last year more than 75 artists performed, according to the business association, which called it “a great opportunity to enjoy some of your favorite genres of music while supporting local musicians and businesses.”

But some local musicians this year are noting with bitter humor that DiGiovanni’s business association is recruiting local bands for the event with an addendum: “Please note that artists are not compensated for their performances.”

It takes a lot of “nerve to ask for free music after destroying our community,” one said.

News came in late March that hundreds of performers and artists would be displaced from the building at 120 Brookline St., which has been their an affordable headquarters and music eco-system for about a dozen years.  DiGiovanni, also president of the company Trinity Property Management, bought the building in 2016 for $4 million under the name Ledgemoor. Under city pressure, he delayed artist evictions by a month, to May 31, but he has also been a truculent participant in artists’ efforts to avert the shutdown. An artist-organized open studios event expected to take place May 19 at EMF to raise awareness of the building’s value to the city was canceled because building managers demanded a $1,500 deposit and a full police and fire detail, as well as “other expenses that are completely out of line for a small community event,” organizers said.

For musicians upset about DiGiovanni’s actions at EMF, the invitation to play for free at the June event was just another hypocrisy after the March 20 letter he sent to the City Council seeking support for this weekend’s Boston Calling music festival, which became a member of the business association after Harvard Square residents complained about three full days of high-volume rock wafting across the Charles River.

Presenting himself as a patron of the arts, DiGiovanni cited in his letter the city’s “vibrant and deep history related to music, live events and culture.”

“As a society, we grow tremendously through the artists and communities that spark conversation, imagination, love and reason for celebration. It’s why we listen to music, go to the movies, see live music and attend plays [and there is] Hundreds of thousands of dollars of local economic impact,” DiGiovanni wrote.

A request for comment was sent Friday to the Harvard Square Business Association.