‘Upgrade’: Victim of attack has a question: ‘Siri, how do I get my gruesome revenge?’ 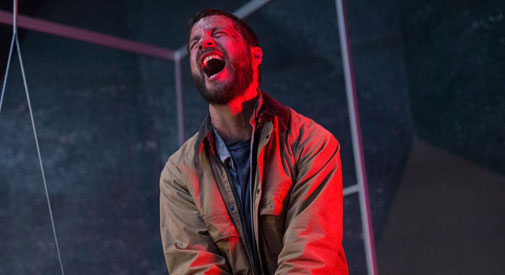 ‘Upgrade’: Victim of attack has a question: ‘Siri, how do I get my gruesome revenge?’

The name Logan Marshall-Green might not ring a bell immediately; he played the first scientist in Ridley Scott’s “Alien” reboot, “Prometheus” (2013) affected by the alien, his eyes going black and turning into something of a berserker before getting torched by a flamethrower and run over by a bus. Seeing “Upgrade,” a sci-fi take by longtime “Saw” collaborator Leigh Whannell (working with James Wan), it seems these are desirable acting skills, as rough, good-looking Marshall-Green plays another intrepid protagonist similarly subjected to violent torment and put through a nasty physical transformation. The good news for his Grey Trace is that the brutal smackdown happens upfront in this film; then it’s time for the upgraded Grey to lay down his own brand of ass-kicking. 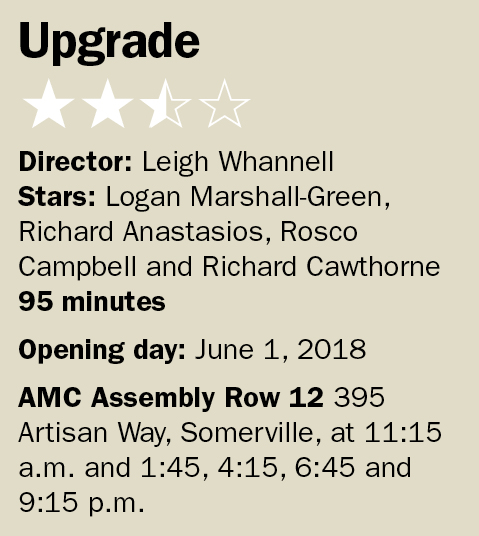 Set in the near future where driverless cars are the norm and criminals and vagrants roam the littered cityscape, Grey and his wife are beset upon in a vehicle that goes way off course. It doesn’t end well – she’s dead; he might as well be. A few days later Grey’s up, learning to walk again, a super computer chip implanted in his head to help make all connections to the nerves that make him go. He also hears voices in his head: his own personal Siri, that, if Grey grants permission to take control, can use his body in lightning-fast ways. In short, he becomes his own personal “Terminator” on the trail of getting revenge on the posse of vermin who offed his wife.

Natch, there’s a fly in the ointment – corporate espionage, bottom lines and more that drive the bigger picture, and themes right out of “Frankenstein” or “Blade Runner” (1982) – but it’s all a device for Grey to tap into his inner HAL and hack up henchmen, some of whom have guns implanted in their arms; one who can sneeze deadly spores.

In the end, the clear borrowing from the great, snarky original 1987 “RoboCop” (near-future cityscape and all) almost overpowers “Upgrade.” It’s not nearly as sharp or socially biting, but does have a fresh, whimsical take on tomorrow – “Her” (2013) on crack and very angry. Whannell could have played the camp angle for more; as is, the dark and violent approach works largely thanks to Marshall-Green selling his wonder and horror so effectively. Besides genre fans, “Upgrade” is likely to prove a fun, forgettable watch, more a reboot than the next version.