‘Leave No Trace’: Cambridge’s Granik returns with ‘Bone’-deep tale of haunted duo on the run 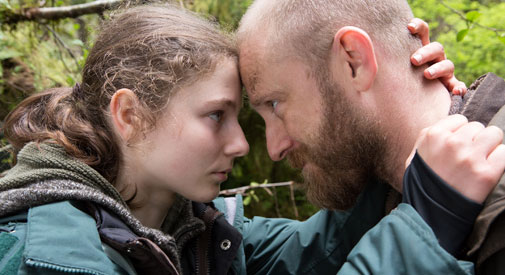 ‘Leave No Trace’: Cambridge’s Granik returns with ‘Bone’-deep tale of haunted duo on the run

Fans of 2010’s “Winter’s Bone,” which launched the careers of Jennifer Lawrence and John Hawkes, are bound to rejoice at Cambridge native Debra Granik’s first feature since. There’s plenty of common DNA between the two films. “Bone” was a deeply internal and character-driven narrative nested in parts of the Ozarks where culture, law and civility don’t penetrate, and “Leave No Trace” lands in a similarly remote environment, farther west in the Pacific Northwest where Will (Ben Foster) and his 13-year-old daughter, Tom (Thomasin McKenzie) hang out in the woods, away from civilization, TV and the law. The reasons they live under a green canopy abutting Portland and run from any crack of a branch triggered by a passing dog walker or jogger remains enigmatic for much of the film. Full answers never really materialize, but Granik, working with material from Peter Rock’s novel, leverages that as a strength, drawing and pulling provocatively throughout. 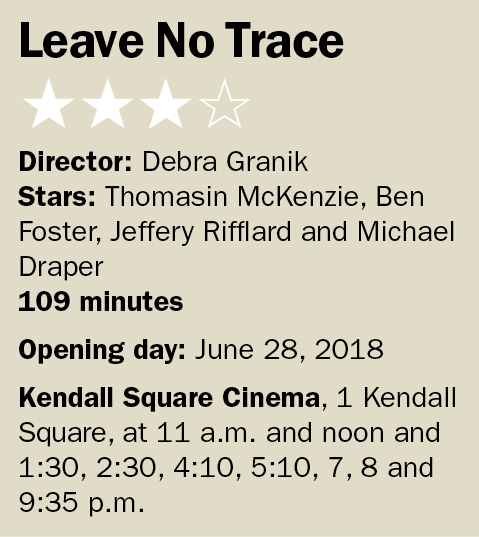 Early on, it’s pretty clear Will has military training and suffers form some form of PTSD or a similar condition. He’s a good dad, however, making sure Tom is well-educated (advanced for her age, a social worker later remarks) and he teaches her survival and avoidance skills. They’re good at evading and make occasional forays into the city (he gets his PTSD meds and resells them for cash), but eventually authorities catch up with Will – turns out he’s not the only recluse living in the state forest. As if on cue from our daily newsfeed, the sudden fear that Will and his daughter will be separated fills the screen. They are for a brief period, but thankfully Oregon family services show more compassion than the current regime in Washington and the two are set up in a nice cottage on a farm where Will is given a job. First thing Will does is to put the TV in the closet, and it’s not too long until he and Tom have packed up and headed back into the woods.

How the film moves into the final chapter is driven more through Tom’s POV than Will’s. She’s clearly torn, wanting human interaction and the other things she thinks she may be missing out on, despite her love and care for her father. The two actors themselves feel so fully immersed in their characters that you wonder if they didn’t spend the entirety of the shoot in the woods eating bark and bugs, and there’s emotional depth in every scan of their faces – you know what they are thinking and feeling without a word. The film’s so tight and intimate and quiet you feel as if you’re at the campfire sipping pine needle tea with Tom and Will. Granik, a quiet, reflective soul, herself knows that the real story comes from inside, and the best way to tell it is to feel it.