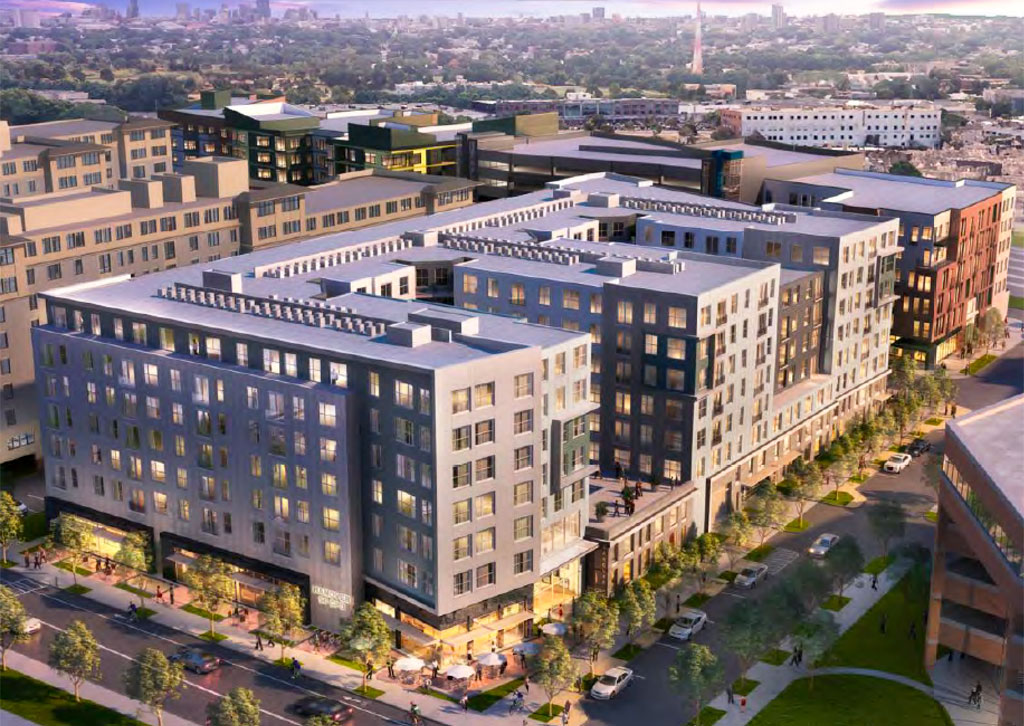 Do you need flood insurance?

People concerned about flooding in Cambridge, Arlington and Belmont can learn about the National Flood Insurance Program from Joy Duperault, director of the state Department of Conservation and Recreation’s flood hazard management program.

The board meets on the second flood of Arlington Town Hall, 730 Massachusetts Ave.

A rendering a project proposed for 36-54 CambridgePark Drive in the Alewife neighborhood.

A big project for Alewife with bigger benefits promised

The Hanover Co.’s fourth residential project at Alewife – this one at 36-54 CambridgePark Drive – comes before the board for a special permit with promises of not just 299 units of housing and ground floor retail, but of steps being taken for climate change resiliency and preparedness and with services to help answer the problem that “gathering places for food, entertainment or even a coffee still elude us in an otherwise thriving area,” according to company materials. It is also “the first major housing development” since an overhaul of the law raising the minimum number of affordable housing units required in big developments; this one will be 20 percent affordable, and it will have “numerous two- and three-bedroom units and amenities suitable for families.” The 60 affordable units being added will bring the neighborhood to 225 affordable units from 36 in 2014, the company says.

The agenda also promises updates on a 121-169 Vassar St. dorm being built by the Massachusetts Institute of Technology and on a parking garage at 399 Binney St., Kendall Square.

Among the business of the commission: The UpperWest charcuterie and wine bar in North Cambridge is being called to a hearing about seating capacity, and a crackdown on overcapacity is pulling in La Fabrica Central in Central Square and Charlie’s Kitchen and Daedalus in Harvard Square.