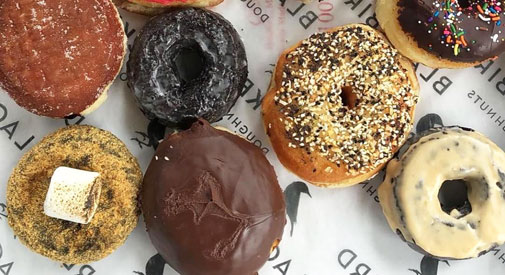 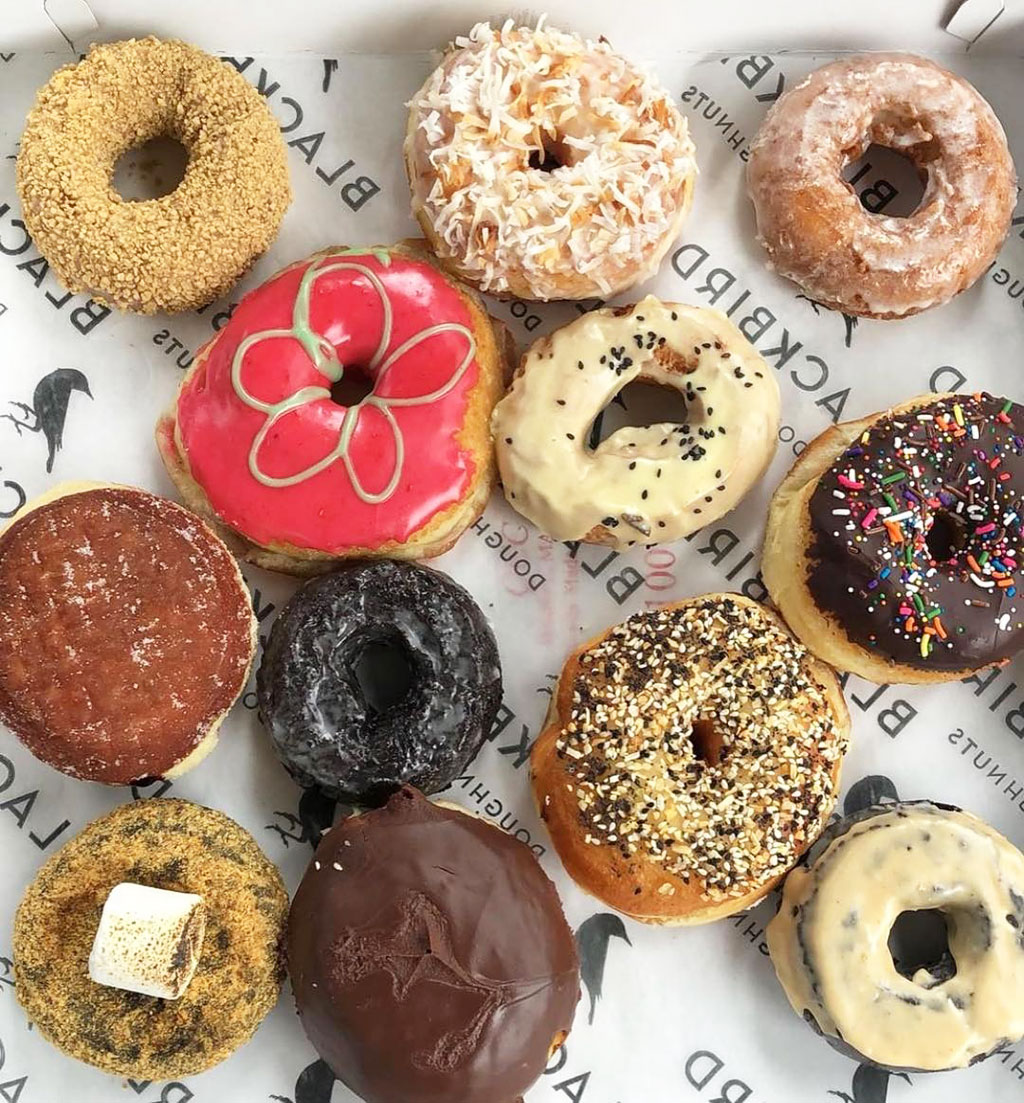 Blackbird Doughnuts’ third location will be a kiosk in Harvard’s new Smith Center, which university officials said is likely to be open in September.

The small chain serves its artisanal, gourmet doughnuts – there are s’mores and peanut butter chocolate flavors, but also an “everything bagel” doughnut with toasted garlic, onion, sesame and poppy seeds atop brioche and whipped cream cheese – on Boston’s Tremont Street and in the Fenway; the larger locations will serve the 286-square-feet kiosk with six seats as part of a food court-style atrium.

“People can sit and watch us pour coffee,” manager Rebecca Roth Gullo said Wednesday, explaining her “teeny” kiosk while getting License Commission approval. The Colombian coffee beans will be roasted in Dedham, and the doughnuts will be baked on Tremont Street and brought over by truck. There will also be chocolate and vanilla soft-serve ice cream. The kiosk will be open 7 a.m. to 10 p.m. seven days a week. 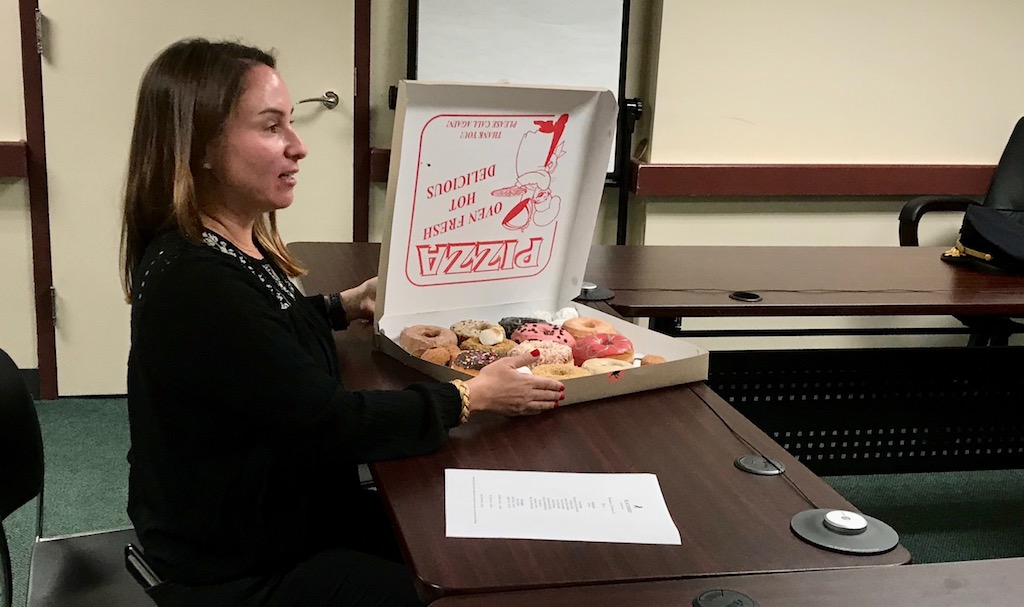 Rebecca Roth Gullo shows off some Blackbird doughnuts at a Wednesday meeting of the Cambridge License Commission. (Photo: Marc Levy)

Gullo brought and left a box full of doughnuts at the meeting, explaining “I’m not trying to buy you guys, I’m just showing you.” Several people approached over the course of the meeting without indulging, though commission executive director Elizabeth Lint declared the pastries “works of art.”

Harvard officials present to get licensing for the building’s 10th-floor Riverview Commons and Conference Suite – which will include a lounge and game rooms, as well as dining space for Harvard community and guests – said the Richard A. and Susan F. Smith Campus Center is on track to open in September.

Other food options in the first-floor area open to the public are to include Bon Me, Oggi Gourmet pizza, Pavement Coffeehouse, Saloniki Greek food (which was also before the License Commission on Wednesday), Swissbäkers and Whole Heart Provisions.