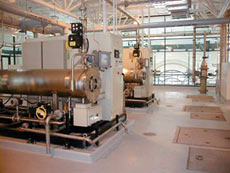 The city has reversed course and is allowing disclosure of its contract with a consultant to study the use of cured-in-place plastic, a controversial method to repair drinking water pipe. The study is the first step in a process to decide whether Cambridge will officially use CIPP, in particular in a large transmission main that connects a storage tank in Belmont with the Water Treatment Plant at Fresh Pond.

On Sept. 19 the Cambridge Law Department had denied a public records request for the contract with engineering firm CDM Smith, asserting it was exempt from disclosure because it “relates to policy development and an ongoing deliberative process.” On Tuesday the city sent an “amended response” to the request, providing the contract.

The explanation for the change of heart: the $60,000 contract has now been signed, apparently on the same day the city provided it.

Access to the contract could set to rest the fears of some residents such as Alice Heller, a board member of the Fresh Pond Residents Alliance, who said the lack of transparency at the time “should make us nervous that the city is making decisions without public knowledge [and] makes me skeptical that the city has our best interests” in mind.

The technology involves inserting a thin flexible plastic tube inside a deteriorating pipe, then using heat to create a plastic lining. It has been used since the 1970s, at first to repair sewer and drain pipes but more recently for drinking water systems.

It’s attractive because workers don’t have to dig up streets to repair a pipe. But scientists and others – including members of the Cambridge Water Board – have questioned whether chemicals leaching from the plastic could affect health. In May 2017 the board sponsored a presentation by two academics outlining the concerns, and a year later, five city councillors sponsored a resolution calling on the city to collect “all relevant scientific information” before deciding whether to use the process.

City Manager Louis A. DePasquale has promised to do so, and the CDM Smith study is part of that process. But city officials disclosed in May that the Water Department had already used plastic pipe in three locations in previous years, including a 900-foot stretch of Main Street where the process was deployed in 2014, without any study or announcement.

The Main Street project was necessary because the city couldn’t use conventional methods with the MBTA Red Line subway so close to the site, officials said. The other two places where plastic pipe was used also involved unusual conditions that made installing conventional iron, cement-lined pipe too difficult, officials said.

The next potential candidate for CIPP is a 40-inch transmission main between Payson Park in Belmont and the Cambridge plant. City officials previously said it might need replacement within five years, but that may be too pessimistic. Water Board president Ann Roosevelt said the board was told last month that engineers found the pipe in good condition, although the city is still examining the pipe for leaks.

The contract with CDM Smith echoes a summary of the firm’s proposal that was presented to the Water Board in May, according to minutes. At that meeting, the board also listed detailed items it wanted in the contract. Although there were differences, both the engineers and the board focused on process materials, methods, and health impacts. The contract appears to include the proposal as described to the board as well as the board’s list of specifications. The board’s list reflects concerns of critics of the process that information is lacking on leaching and long-term effects.

The copy of the CDM Smith contract provided by the city gave a starting date of Tuesday and extended until April. The contract referred to a proposal from the consultant dated Tuesday.

The proposal said CDM Smith’s work would be completed within 45 days after the city asks the consultant to start. After the company finishes the technical work, Sam Lipson, the Department of Public Health’s environmental health director, would work with the consultant to analyze risks of using the process versus not using it, as well as looking into ways to lessen any impacts.

The water board will get a draft report at a public meeting, and a final report will be presented after comments, the proposal said.

The schedule outlined at the board’s May meeting called for the final report to be heard at the November or December meeting. Those dates were not in the contract.