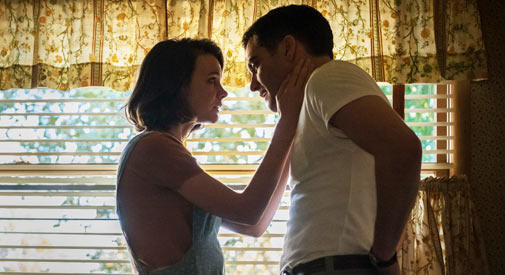 In Paul Dano’s directorial debut, rather than reflect some of the masters he’s worked with – including Paul Thomas Anderson (“There Will Be Blood”), Denis Villeneuve (“Prisoners”) and Paolo Sorrentino (“Youth”) – he adopts the approach of a photographer. As crisp as the frigid air in its lonely 1960s Montana town, where someone has a better chance fighting endless fires than finding a steady job, there’s a clinical detachment to story that flirts with the erasure of real, human connection before building to a quiet devastation. 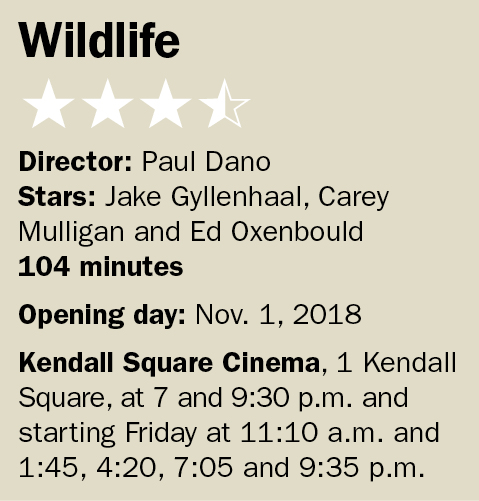 Based on the novel of the same name by Richard Ford, “Wildlife” follows Joe (Ed Oxenbould), son of Jeanette (Carey Mulligan) and Jerry (Jake Gyllenhaal), a former golf pro who spirals after losing his job. Searching for meaning, Jerry leaves home to volunteer to fight wildfires and Jeanette finds herself at a breaking point, furious at the lot she’s been saddled with, dragging an unwilling Joe behind her as she too looks to discover herself through work, drinking and men, determined to find a place in this world that is hers and hers alone, untethered to the family she’d played mother and wife to so seamlessly at the start.

“Wildlife” is shot with a delicate hand, using fuzzy imagery to mask bitter resentments from unfulfilled or undiscovered dreams of what lies beyond childhood. “Wildlife” frames Mulligan and Gyllenhaal through always widening 14-year-old eyes – idolized, distant, then alarmingly fallible, damaged and prone to foolish selfishness. Fighting or crying or drinking to excess, these protectors are human after all. The film makes the most of that discovery, and the similarly daunting realization by adults of being essentially on our own, with every new judgement or crisis weighing that much more because decisions made at 34 have greater effect than those at 14.

Oxenbould centers a talented cast, making for a strong blank slate for Dano’s themes, and Gyllenhaal continues to prove himself a versatile and supremely interesting actor, though much more subdued than he has been of late. But this is Mulligan’s showcase. There’s a touch of Annette Bening’s cool drawl to her delivery that makes her seem wise beyond her years, until it’s clear she’s also still struggling to find her place. With one the most expressive faces in the business, able to convey emotion with just quirk of a lip or raised eyebrow, Mulligan is graceful and subtle, vulnerable and scornful, domineering when covering up her many insecurities. It’s a towering, commanding performance.

There’s a scene where Jeanette stands defiant against a backdrop of the sturdy mountainside, the forests ahead of her and son ablaze. Stone-faced, she tells Joe that this is what his father finds so important, the balm to his scorched ego, and that in such wildfires it’s the young – confused and scared – that are hurt the most. And so Joe is, caught between his father’s pride, mother’s narcissism and both of their abandonment, physical or mental. You adapt or you survive, she says, a woman as powerful as the nature that engulfs them, having been forced to adapt for others (typically men) since youth. But not anymore, both to the trauma of her son and chagrin of viewers. Jeanette is a woman scorned, as furious as the flames ahead. She strays far off the likable-character path; the adaptation by Dano and Zoe Kazan is strengthened by its resolve to showcase a woman who’s undoubtedly flawed but worthy of our empathy.

With music by David Lang (“Youth”) and idyllic cinematography by Diego García, “Wildlife,” while distant in its approach at the start, is a lingering familial drama that promises a rising, directorial talent. With an eye for natural beauty and a central performance that’s one of the year’s best, the film’s greatest achievement is in its ability to show us the mess that hides behind staged family photographs and all the sadness that’s there, all the while refusing to fall to cynicism and remaining honest, raw and naively optimistic in the depiction of a family at odds.