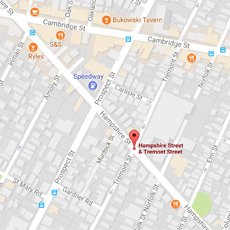 A second suspect in a November 2017 fatal shooting near Inman Square has been arraigned: Osiris Chambers, 17, joins Kevin Reddick, 18, of Cambridge, in being charged in the death of 28-year-old Malachi Mims, of Cambridge, after an apparent attempt to rob Mims of marijuana instead of going through with a purchase.

Chambers was held without bail after a Thursday hearing at Middlesex Superior Court; the next scheduled hearing in this case Jan. 17, according to an email sent Tuesday by Middlesex District Attorney Marian Ryan and Cambridge Police Commissioner Branville G. Bard Jr.

It was Nov. 16, 2017, that Chambers and Reddick arranged to meet Mims to buy marijuana and Mims and a witness picked them up and drove to the Inman area, where the suspects tried to take the drugs at gunpoint, officials said. A search of the car turned up a fingerprint matching Reddick, and video surveillance of the area saw two figures fleeing after the roughly 7:30 p.m. shooting, with one suspect in a black jacket and the other wearing a teal-colored jacket.

Both jackets were at Reddick’s home when a search warrant was executed, and both tested positive for gunshot residue, police said. A DNA analysis of the teal jacket resulted in a match to Chambers.

Reddick was arrested on Stuart Street in Boston on Dec. 31. Chambers was already in custody for an unrelated offense when he was indicted Thursday.