‘Cold War’: When Iron Curtain falls on love, you really can’t just sing your troubles away 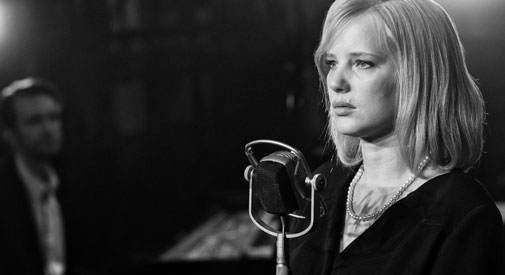 ‘Cold War’: When Iron Curtain falls on love, you really can’t just sing your troubles away

“Cold War,” that other gorgeous black-and-white film in a foreign language (opposite Oscar fave “Roma”), tells the tale of an improbable love made even more improbable by world-shaping events that unite and rip apart the lovers across decades, shifting borders and political ideologies. It’s heartbreaking, deep in romantic angst and propelled by sound and music. 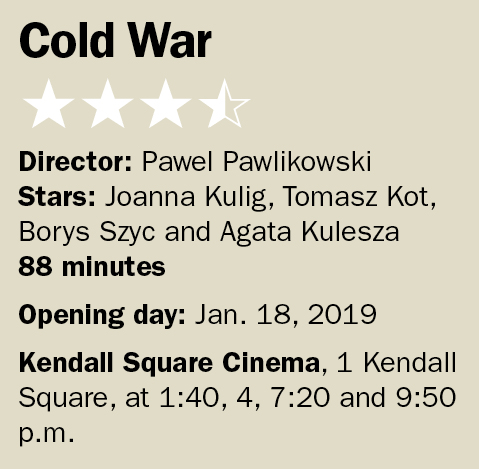 The well-known subject of the title is the film’s driving force. We catch up after World War II with Wiktor (Tomasz Kot) an accomplished pianist and musicologist wandering the Polish countryside recording song of the region, when he encounters Zula (Joanna Kulig), a young woman of the mountains with talent – and with a very dark past. It’s love at first note, but the two are torn apart by time, totalitarianism and station. She’s whisked off to a perform in a troupe entertaining the Russian upper brass under Stalin. He defects to the west, she even takes on work as an informant as Russia’s conformist tendrils wrap around and strangle the Polish spirit. Time and coincidence bring them back together for trysts, the passion etched upon their faces. They also take on other lovers and companions, but when they meet up in their old homeland, Yugoslavia or Paris, all that exists is each other.

The film, directed by Pawel Pawlikowski (who won the 2015 Foreign Language Best Film   Oscar for his conflicted nun drama, “Ida”) wins primarily on the all-consuming performance by Kulig. Her Zula is aloof, enigmatic and sensual. It’s like looking at a young Catherine Deneuve – you can’t take your eyes off her, and you’re not exactly sure what she’ll do next. In an early 1960s Paris nightclub, when Bill Haley’s “Rock Around the Clock” comes on the jukebox and, buzzed on bourbon and freed by the rock anthem, Zula takes over the club, a whirlwind of pixie dust that ends up sashaying across the bar top. It’s as infectious as it is outrageous. As Zula’s long-burning object of desire Wiktor, Kot’s no mere garnish; he has melancholy eyes that betrays his vulnerabilities.

For some, the jumps in time and place between reunions and the personal and global events that fill those chasms might seem like too much for a love that has never been allowed to blossom, but that’s kind of the point of “Cold War.” It’s about a love that is incapable of being squelched no matter what is thrown at it – the Iron Curtain, nuclear proliferation, insidious spy games or government-sponsored hit squads, take your choice. Of course, the stark framing in black and white serves to emboss the improbable union. It’s got fairy tale trimmings and dreamily romantic gazes, but this is about as far from Hollywood as one can get and still be in love in every frame.