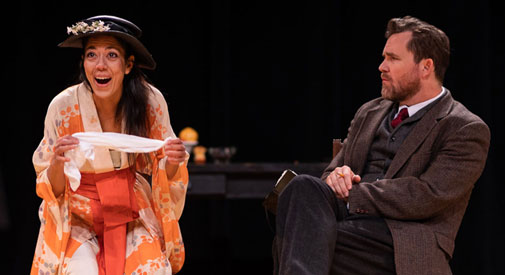 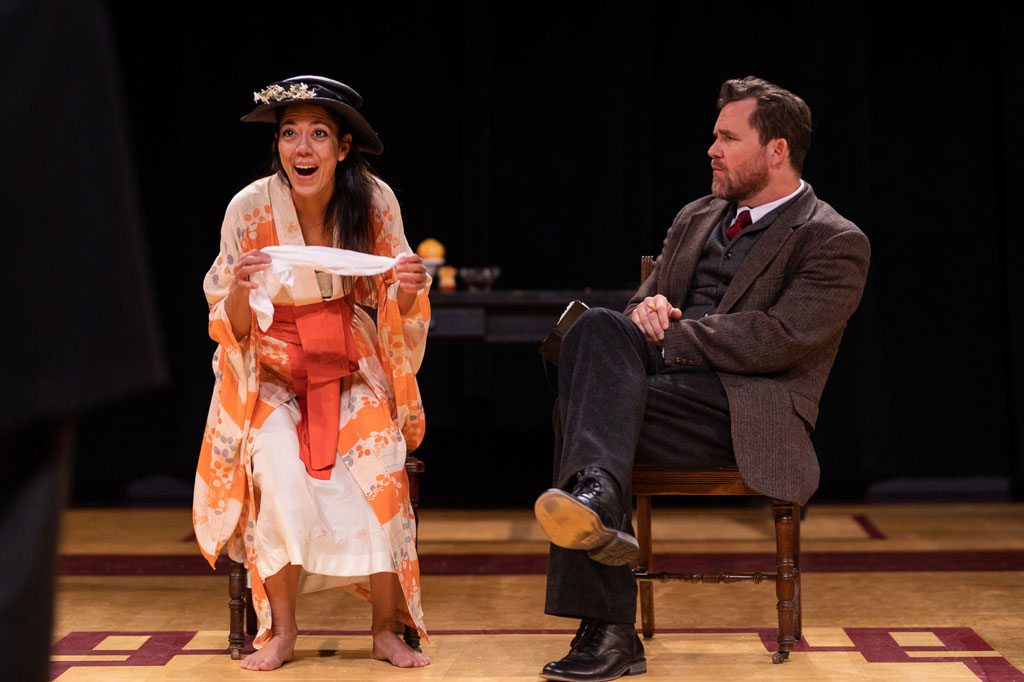 If you’re heading to Central Square Theater to see Bedlam’s “Pygmalion” with the expectation that you’re going to see a kind of non-musical version of the rom-com-ish “My Fair Lady,” you may be in for a bit of disappointment, because the New York-based troupe is presenting its own superb take on George Bernard Shaw’s century-old classic in its original form. While still wildly comical, it’s more of a searing indictment of the early 20th century classicism, misogyny and anti-immigrant attitudes of the British monied class – that sadly doesn’t look much different than most western societies today – than a lighthearted comedy of manners.

Bedlam follows the original Shaw text for the most part, but introduces a wholly appropriate variation on the Eliza Doolittle character, changing her (and father Alfred) from cockney locals to emigres from Delhi – making her a triple threat of 21st century oppression: poor, female and a brown-skinned immigrant. The results are spectacular, but owe less to the reflection of how this fits into the zeitgeist than the strength of the material, the vision of artistic director Eric Tucker (who also directs and plays Henry Higgins) and the spirited execution by this talented company. This is Bedlam’s fourth visit to Cambridge in recent years, and like previous productions (“Saint Joan,” “Sense & Sensibility” at the A.R.T. and “Twelfth Night/As You Like It,” which ran in rep), “Pygmalion” is a stripped-down version of the original, with six actors performing all of the roles.

The play begins as an immersive experience, with audience members standing in for the crowd outside a theater after an evening performance at Covent Garden in London’s West End. It’s raining and an older woman and her grown son and daughter are trying desperately to hail a cab when the fates first draw Professor Henry Higgins, flower girl Eliza (Vaishnavi Sarma) and Col. Pickering (James Patrick Nelson) together. Higgins is alternately fascinated and appalled by Eliza’s slang-laden speech and lack of education, but being supremely confident of his own abilities, makes his famous boast to Pickering that in “three months I could pass that girl off as a duchess at an ambassador’s garden party.” The next day, Eliza arrives at Higgins doorstep seeking elocution lessons that would conceivably earn her a position in a flower shop, the men shake hands on their bet, and the wheels for Eliza’s miraculous transformation are set in motion. 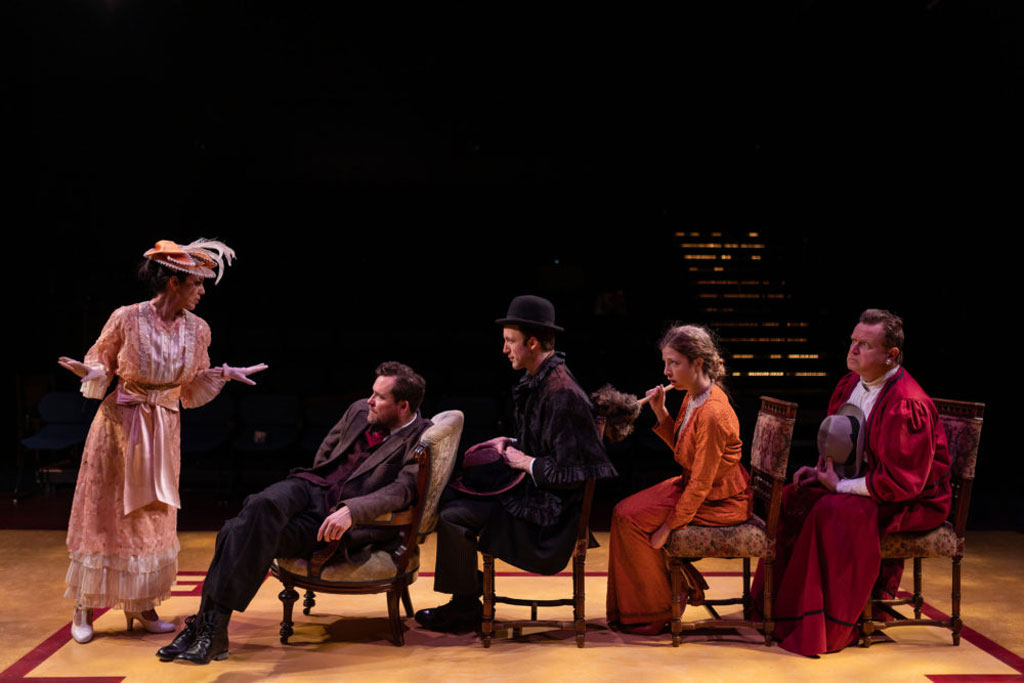 But unlike “My Fair Lady,” this is no whimsical fairy tale in which we know in advance that the bickering adversaries will end up madly in love by the time the curtain falls. There’s nothing remotely endearing about Higgins – at least when it comes to his treatment of Eliza. His complete disregard for her as a human being can be tough to watch at times, even as we laugh at his unthinking putdowns. That lack of empathy is reserved entirely for Eliza and her ilk, however, as we see when he interacts with his mother (Edmund Lewis), who appears to view his disdain for much of the human race as mere petulance. But as brutal as Higgins can be at times, this is still a (dark) comedy, and a brilliant one at that.

That is never more evident than when Higgins takes Eliza to his mother’s for a trial run of sorts. Instructed to keep conversation confined to the weather and health when she first meets Mrs. Higgins, her friend and her two grown children (Clara and Freddy, whom we encountered in the opening scene seeking a cab) for tea, Eliza makes an impressive, if somewhat stiff, first impression. That devolves quickly when the subject turns to influenza. Eliza launches into a story about how her aunt allegedly died from the disease, but she suspects that her relatives “done her in” to lay claim to her new straw hat. Higgins nervously tells the gathering that it’s the “new small talk” and steers her gently back to the “new” Eliza just as she begins to expand upon her philosophy of the benefits of booze to a happy marriage. The scene is priceless.

Sarma is marvelous in the role of Eliza as she transitions from “guttersnipe” to a sophisticated beauty who reminds me of a young Diana Rigg. Even as she evolves into the finished outward product Higgins is trying to create, she conveys beautifully that Eliza never loses her sense of self or dignity – or street smarts – that make her more human than Higgins could ever hope to be. Tucker is also masterful in the role of Higgins, maintaining a weird kind of likability despite his horrible behavior, but never, ever giving into a hint of cheap sentimentality.

The supporting cast is equally strong, with Nelson delivering a fully realized Pickering with all of the upper-class privilege of Higgins but with a genuinely human side; the cross-cast Lewis as Mrs. Higgins feels like less of a sociopolitical statement than just the right person for the job as Higgins’ moral compass; and Grace Bernardo shines as the sensible housekeeper Mrs. Pearce and in a handful of other roles. Local actor and musician Michael Dwan Singh is a real find for Bedlam, as he owns every scene he’s in as Alfred Doolittle, Eliza’s scheming, ne’er-do-well father turned middle-class philosopher.

Although it’s only February, this production is destined to be one of the highlights of the theatrical season, so don’t miss it. For fans of Bedlam, this won’t be its only appearance in Central Square this year; Underground Railway Theater artistic director Debra Wise announced that it will be back in the fall with Arthur Miller’s “The Crucible.”