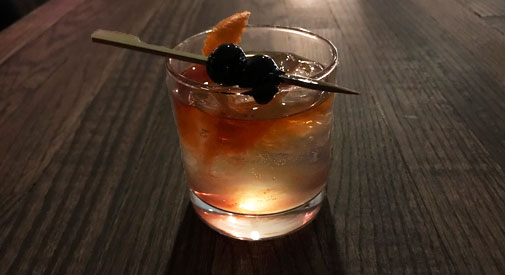 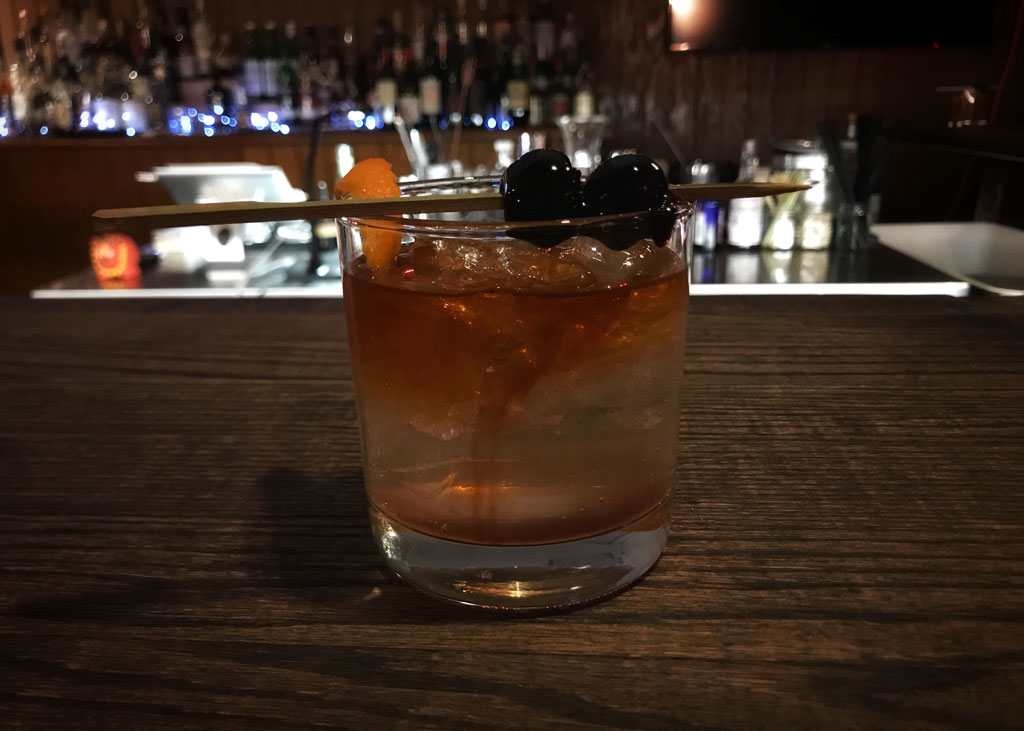 The UpperWest bar is formally introducing a cocktail menu to complement its cellar of old world wines. While mainly old-school classics, there are a few house specialties in a bartender’s-choice rotation – including one that fits well with the North Cambridge establishment’s charcuterie offerings.

Called El Cerdo Ahumado, or “The Smoky Pig,” the cocktail features Aberfeldy scotch washed with chorizo, chocolate and mole bitters and Demerara simple syrup. A wash is like an infusion, with the fat rendered out of the spicy, cured meat, added to the whiskey and strained out again with cheesecloth, leaving the liquor enriched by the flavor. The final touch to the cocktail is a skewered chorizo garnish that the drinker also gets to snack on.

It’s not uncommon to wash whisky with a fat – but it’s more typically done with bacon fat. 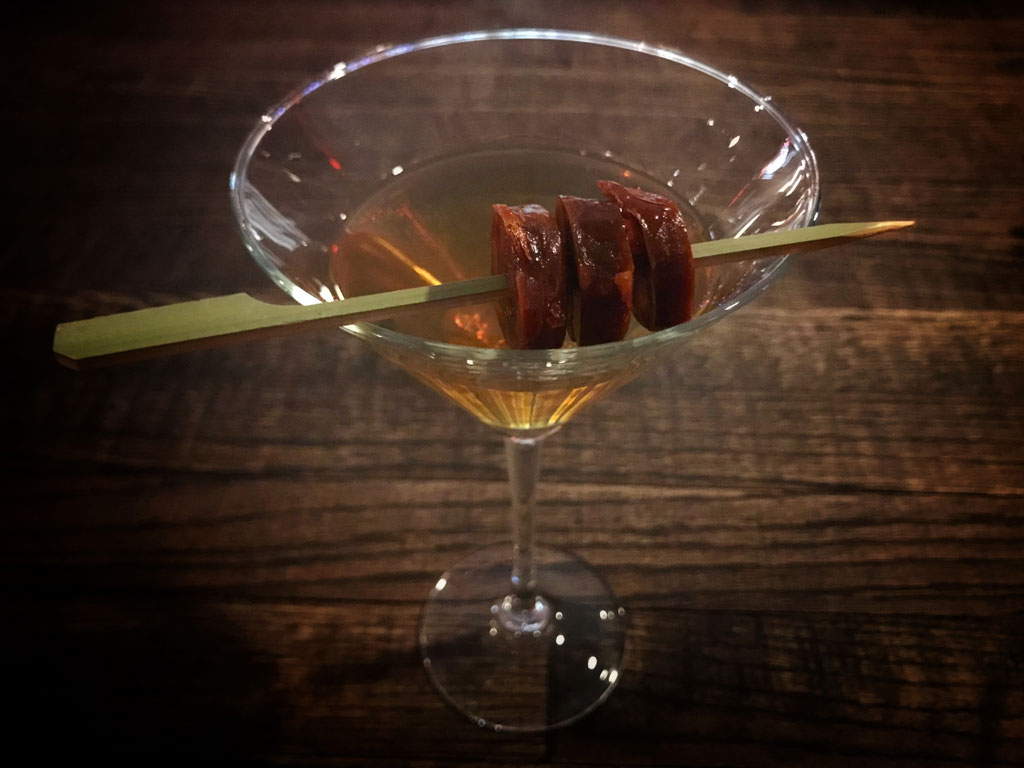 El Cerdo Ahumado, or “The Smoky Pig,” uses chorizo as a garnish and as a wash for Aberfeldy scotch. (Photo: Marc Levy)

“I was interested in bringing on some savory cocktails and having interesting food ingredients involved, and chorizo is often on our menu,” co-owner Kim Courtney said. “Initially I was afraid it would be too strong, but it’s not an overwhelming flavor.” True to its name, El Cerdo Ahumado is “really nice and smoky, but subtle.”

Another drink to look for: The UpperWest, take on the Moscow Mule with Grey Goose vodka, Angostura bitters, ginger beer and a cherry garnish – an upgrade over the usual ginger beer, vodka and lime that Courtney concocted some six or seven years ago. It’s become a go-to cocktail for many UpperWest patrons, who agree with Courtney it’s “super easygoing, it’s not too sweet, it’s not too strong,” despite a serious measure of bitters and ginger, bartender Emily Taylor said.

“It’s pretty much good any time of year. It’s refreshing in the summer and warming in the winter somehow – It’s what you want when you have an upset stomach. And it gets better as it sits in the glass,” Taylor said.

UpperWest, at 1 Cedar St., North Cambridge, is open 6 p.m. to midnight Mondays through Saturdays. Sundays are reserved for special events.