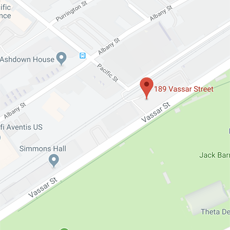 Three workers were injured at a Massachusetts Institute of Technology construction site at around 3 p.m. Thursday, officials said. All of the workers were taken to nearby hospitals; one died, Middlesex District Attorney Marian Ryan has confirmed Thursday evening.

The fatality was Anthony Costa Jr., a 41-year-old man from Taunton.

Metal shoring fell on top of them from the top of scaffolding, fire officials said, refuting early reports of a construction collapse. “A crew was working on a lower floor when it appears material collapsed down on top of workers from an above floor,” said Jeremy Warnick, director of communications and media relations for Cambridge police.

As of 3:50 p.m., the scene was secured and federal safety officials were expected, fire officials said. The North Boston Area Office of the Occupational Safety and Health Administration is handling the investigation, Warnick said. This case has also been referred to the Office of the Chief Medical Examiner, who will determine the cause of death, according to Ryan’s office, and is being worked on by state police assigned to the Middlesex District Attorney’s Office and by the MIT Police Department. But “this death is not considered suspicious,” a press release said.

Traffic around the 189 Vassar St. accident site was closed between Massachusetts Avenue and Audrey Street after the accident due to public safety response, Warnick said. It opened again at around 4:20 p.m. 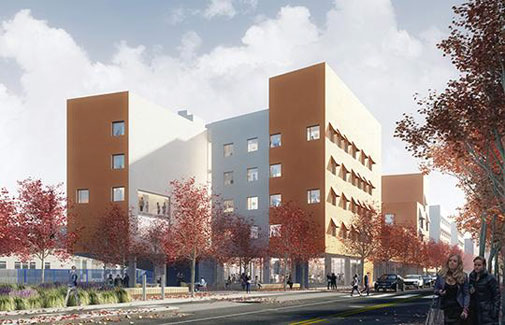 The Thursday accident took place on the construction site of a student dorm expected to open in 2020. (Rendering: Michael Maltzan Architecture)

The project under construction is a dorm with 450 beds for undergraduates and a dozen apartments for graduate resident tutors going up on the site of the former West Garage parking facility and expected to open by the fall of 2020. The dormitory is being built by Walsh Brothers, according to the MIT News Office.

“I am deeply saddened to learn about the accident and the passing of a person who was working on the construction site on our campus,” said Israel Ruiz, executive vice president and treasurer of the institute, in an email sent Thursday night. “The thoughts of the MIT community are with the family and other loved ones close to him at this difficult time. We are also very concerned about the others injured and are hoping for their full recovery.”