A week of events in Cambridge, Somerville: Plenty of poetry, scads of science and more 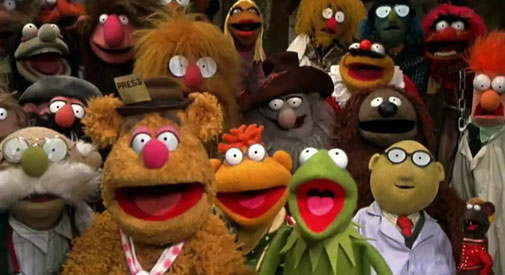 A week of events in Cambridge, Somerville: Plenty of poetry, scads of science and more

Muppet Marathon Madness quadruple feature starting at 12:30 or 2:30 p.m. at The Brattle Theatre, 40 Brattle St., Harvard Square. General admission starts at $10 a film; the full marathon is $24. Just in time for school vacation week, the Brattle kicks off a day of all things Frank Oz and Jim Henson – or Kermit, Fonzie and Miss Piggy, as your kids would have it – including “The Dark Crystal” (1982), “The Muppet Movie Singalong” (1978), “The Great Muppet Caper” (1981) and a futuristic “Alice in Wonderland,” “Labyrinth” (1986), with a young Jennifer Connolly and rocker David Bowie donning a very glam wig. Information is here. (Contributed by Tom Meek.)

Lizard Lounge Open Mic Challenge from 7:30 p.m. to midnight at The Lizard Lounge, 1667 Massachusetts Ave., between Harvard and Porter squares. Watching is $7. This open mic, running for more than a decade, draws some top talent and touring acts alongside people just trying out their talents. Information is here.

First & Last Word Poetry Series open mic and reading from 7 to 9 p.m. at The Center for Arts at the Armory, 191 Highland Ave., Somerville. Admission is $4. There’s plenty of poetry happening – it is, after all, National Poetry Month – but the first words this week go to Peter Covino, Nausheen Eusuf and Joan Houlihan, as well as hosts Harris Gardner and Gloria Mindock. Information is here.

“Othello/Desdemona” from 8 to 11 p.m. in Sanders Theatre, 45 Quincy St., near Harvard Square. Free. Toni Morrison’s only play is a response to Shakespeare’s “Othello,” turned into an intimate dialogue of words and music between Desdemona and her African nurse. From The Goat Exchange, with music by Be Steadwell. Information is here.

Tracy Bonham & Blake Morgan from 8 to 11 p.m. at Passim, 47 Palmer St., Harvard Square. Tickets are $23. Critical darling Tracy Bonham returns, continuing to show how much more she is than the chart-topping “Mother Mother” from her 1996 gold record “The Burdens of Being Upright.” Her work since has been called “smart, assured and distinctive” and “unfalteringly charming,” and singer/songwriter Blake Morgan isn’t far behind on the adulation. Information is here.

Poems We Love from 7 to 8:30 p.m. at The Center for Arts at the Armory, 191 Highland Ave., Somerville. Free. Somerville poet laureate Lloyd Schwartz brings Mayor Joseph A. Curtatone and other Somerville residents to the stage to read favorite poems or song lyrics. Information is here.

Somerville Theatre Festival from 7 to 8 p.m. (and repeating five times through April 27) at The Rockwell, 255 Elm St., Davis Square, Somerville. General admission is $20. Five days of original short plays on the theme of “human rights” from the Performing Fusion Theatre. Information is here.

The Late Shift : Longy at The Lilypad from 10 p.m. to 1 a.m. at Lilypad, 1353 Cambridge St., Inman Square. Free. The jazz and contemporary music department at the Longy School of Music continues a monthly residency, which means more cool late-night stuff for the city – but just a little, so take advantage: The next shift isn’t until May 16. Information is here.

Death at 9 p.m. at I Once Lounge + Ballroom, 156 Highland Ave., Somerville. Tickets are $25 in advance, or $30 day of show. See the Detroit band that was punk before punk was a thing. Death was lost to obscurity until its 1974 demo tape started making the rounds – leading to the 2012 documentary “A Band Called Death” and a series of new releases. Minibeast and Duck & Cover also perform. Information is here.

Mortified Boston: 4/20 Eastover Edition from 7 to 8:30 and 10 to 11:30 p.m. (and repeating Saturday) at Oberon, 2 Arrow St., Harvard Square. Tickets are $15. True recountings of awkward teendom, with Passover, Easter and the 4/20 weekend serving as a convenient backdrop. Information is here.

In the Studio! Comedy on Record from 7 to 9 p.m. at Somerville Media Center, 90 Union Square, Somerville. Free, with a suggested donation of $5 at the door. Comedy from Dylan Uscher, Kathleen DeMarle, Nate Davis, Danya Trommer, Isha Patnaik, Dave McLaughlin and Corey Saunders, wrangled by host Caitlin Arcand. Information is here.

Elevate: A Triple Bill of Female Choreographers at 8 p.m. (and repeating Saturday) at The Dance Complex, 536 Massachusetts Ave., Central Square. General admission is $20 (with fees, $22.85). Femininity is interpreted by choreographers Heather Bryce (of Bryce Dance in New York), Erin Carlisle Norton (of Moving Architects from New Jersey and New York) and Shana Simmons (of Shana Simmons Dance in Pittsburgh) – first in their own pieces, then in a collaborative work. Information is here.

Rock & Roll Rumble semifinals from 8 p.m. to midnight (with more semifinals Saturday) at Once Lounge + Ballroom, 156 Highland Ave., Somerville. Tickets are $13 in advance, or $15 day of show. Finals are April 26. Information is here.

One Whole Step for Man: Songs of Space Travel from 3 to 4:30 p.m. (and repeating Sunday and April 20) at the Broad Institute of MIT and Harvard, 415 Main St., Kendall Square. Free. The North Cambridge Family Opera does original works specifically for the Cambridge Science Festival about such things as women in space, our travels to the moon, robots, what happens as you approach the speed of light and more – including a medley of songs written by Cambridge Public School students and “Brave Stars,” a mini-opera composed by local children with guidance from Boston Lyric Opera. Information is here.

“Nausicaä of the Valley of the Wind” anime matinee from 3 to 5 p.m. at the Harvard Film Archive at The Carpenter Center, 24 Quincy St., Harvard Square. Tickets are $5, or free with a current Cambridge Public Library card, and are available starting at 2:15 p.m. outside the screening room. Princess Nausicaä tries to save her valley from destruction in a post-apocalyptic world riddled with war and pollution. Recommended for ages 12 and older. Information is here.

Rock & Roll Rumble semifinals from 8 p.m. to midnight (with more semifinals Saturday) at Once Lounge + Ballroom, 156 Highland Ave., Somerville. Tickets are $13 in advance, or $15 day of show. Finals are April 26. Information is here.

Swapfest from 9 a.m. to 2 p.m. in the Albany Street Garage, Albany Street between Massachusetts Avenue and Main Street, near Central Square. Admission is $6. The legendary monthly high-tech, computer, electronics and ham radio flea market where you can “buy, sell or swap all things nerdly” is back for the season, taking place on the third Sunday of each month. Information is here.

“Jack Attack” double feature with showtimes starting at 1:30 p.m. at The Somerville Theatre, 55 Davis Square. General admission tickets are $11. Celebrate the 82nd birthday of 1970s thespian king Jack Nicholson with “The King of Marvin Gardens” (1972) pairing Nicholson with Bruce Dern as at-odds brothers in a get-rich-quick scheme – an unofficial follow-up to “Five Easy Pieces” (1970), also helmed by Bob Rafelson, and the middle piece of a loose Nicholson-Rafelson trilogy that concluded with “Blood & Wine” (1976). More rare is “A Safe Place” (1971), a Henry Jaglom ensemble piece with Nicholson and Orson Welles as the men revolving around Tuesday Weld’s trippy flower child. Cake from Lyndell’s Bakery will be served while the slices last. Information is here. (Contributed by Tom Meek.)

One Whole Step for Man: Songs of Space Travel from 3 to 4:30 p.m. (and repeating Sunday and April 20) at the Broad Institute of MIT and Harvard, 415 Main St., Kendall Square. Information is here.