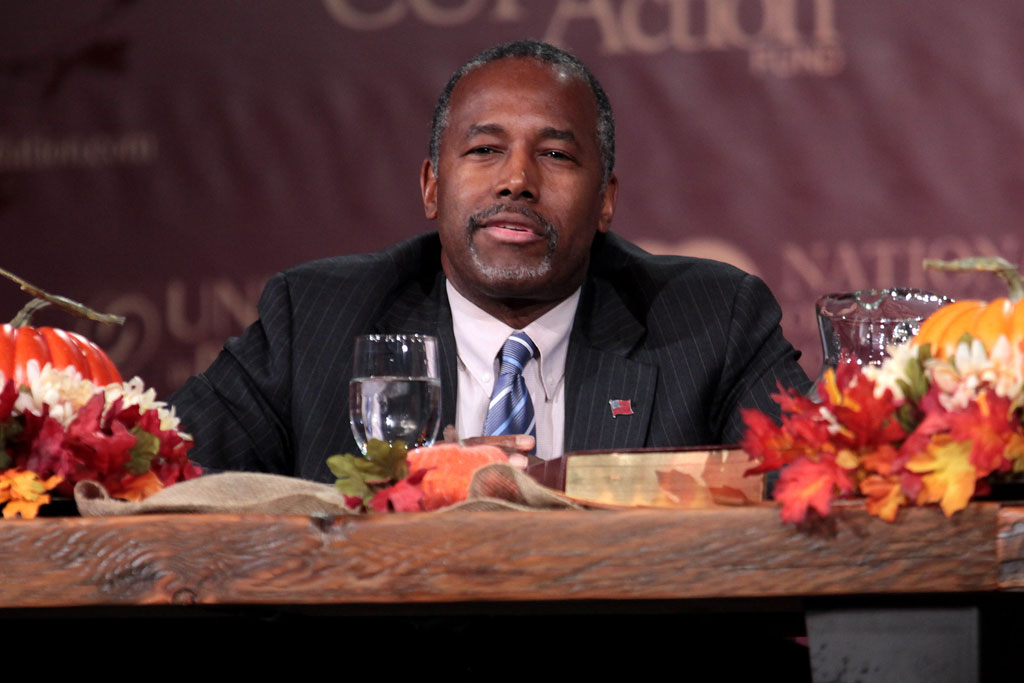 Ben Carson, now head of the U.S. Department of Housing and Urban Development, at a 2015 event in Iowa. (Photo: Gage Skidmore via Flickr)

Almost 200 low-income Cambridge tenants could lose their federally supported housing if a Trump administration proposal is adopted, the head of the Cambridge Housing Authority said Friday.

Authority executive director Mike Johnston said 59 families with 196 members could be affected. Of the total, 68 are undocumented, he said. “We’re 100 percent against this and [the] rationale for doing it makes no sense whatsoever,” he said in an email.

Ben Carson, head of the U.S. Department of Housing and Urban Development, said the change would ensure that “our scarce public resources help those who are legally entitled to it.” He cited long waiting lists for subsidized housing.

Current regulations prohibit undocumented residents from obtaining public housing and certain other federal housing subsidies, and they require tenants under 62 to submit proof of their status. But undocumented immigrants can opt out of submitting evidence and thus “declare” that they are not eligible. The regulations allow them to live in subsidized apartments as long as one family member is documented, but ineligible tenants get no subsidy, so the family’s rent is higher.

The proposal would require all tenants under 62 to provide evidence, and family members’ citizenship or eligibility status would be checked in a federal database. Undocumented residents could not head the household or sign a lease, ruling out families where only a child is a citizen.  “Mixed” status families could get extensions to stay, but only up to 18 months.

Johnston said the housing authority intends to send a letter this week to families that could be affected, “informing them that there is a proposed change but emphasizing that it is not yet in effect” and that officials “hope that it is never implemented.”

“We don’t want these families to move out because of fear,” he said.

The authority is working with city officials, lawmakers and with national low-income housing organizations to help mobilize opposition to the proposal, Johnston said. A 60-day public comment period ends June 30.

Although the proposal calls for housing officials to check the status of tenants in a federal database, HUD already collects information about the citizenship  status of households and family members from the authority, and other public housing agencies. Johnston questioned whether the federal agency has the ability to use the information to identify undocumented immigrants.

There’s no citizenship requirement to live in state-funded subsidized housing. The city housing authority has switched most of its state low-income housing to federal to take advantage of federal funding programs.