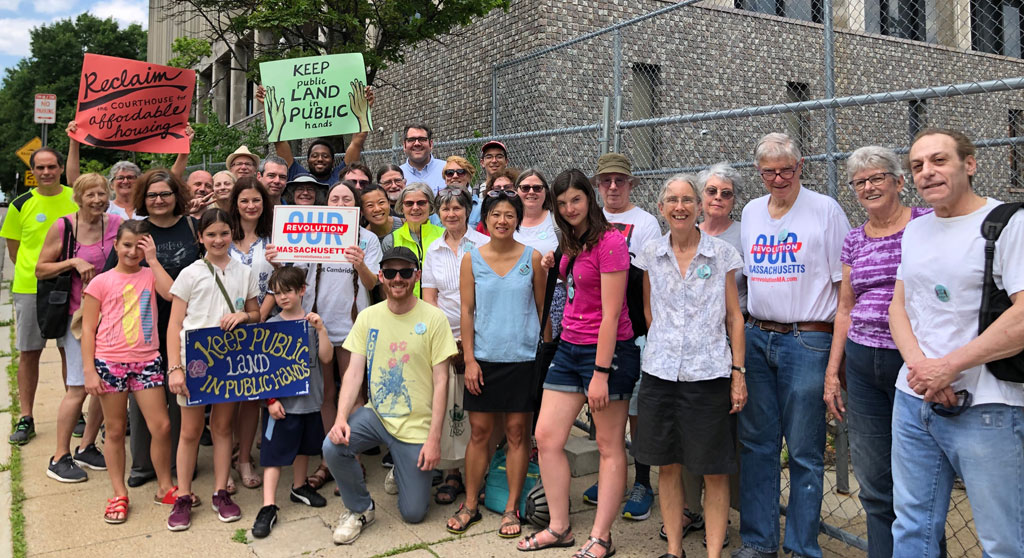 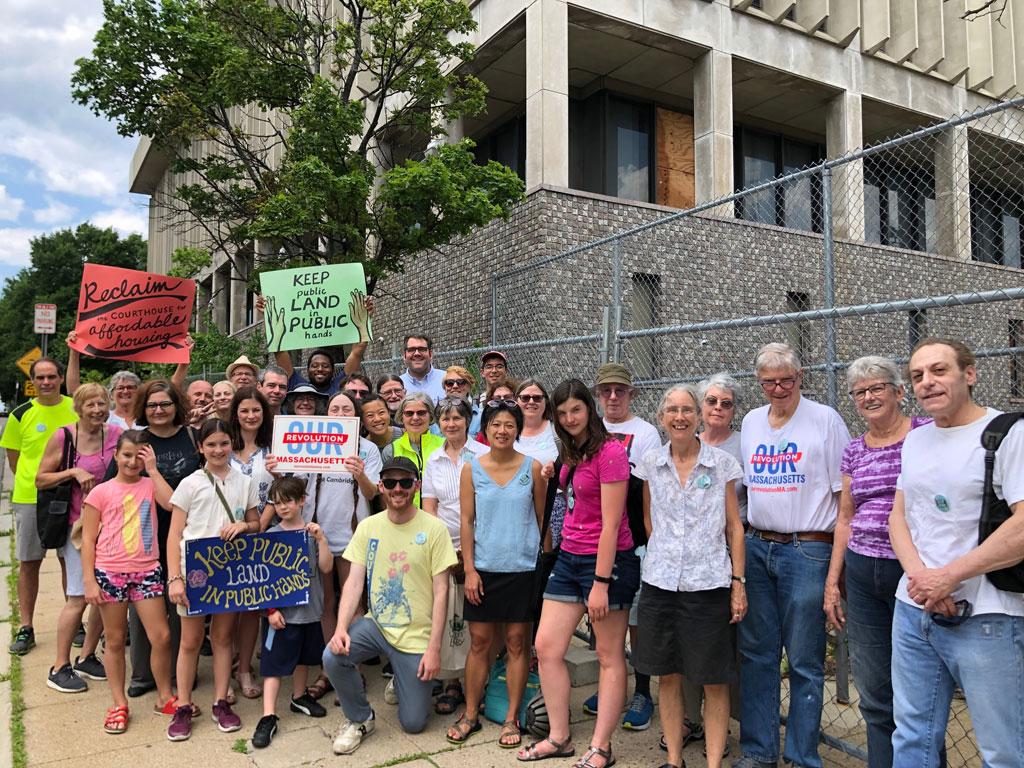 Everyone agrees the state-owned former Edward J. Sullivan Courthouse site needs to be remediated of asbestos and prepared for redevelopment.

The current proposal, backed by the administration of Gov. Charlie Baker and Cambridge’s city manager, would accomplish this goal by transferring ownership of the site to commercial real estate developer Leggat McCall Properties.

In exchange for cleaning up the site, delivering a $33 million windfall to the state and providing various community benefits, Leggat will be allowed to extract hundreds of millions of dollars in real estate profits from the East Cambridge neighborhood by refashioning the courthouse into a massive commercial office and research and development building.

The question we must ask is whether this transaction serves the public interest. In my view, having engaged with many hundreds of constituents on this topic and being a longtime renter and housing justice advocate, the answer is “no”–it doesn’t. 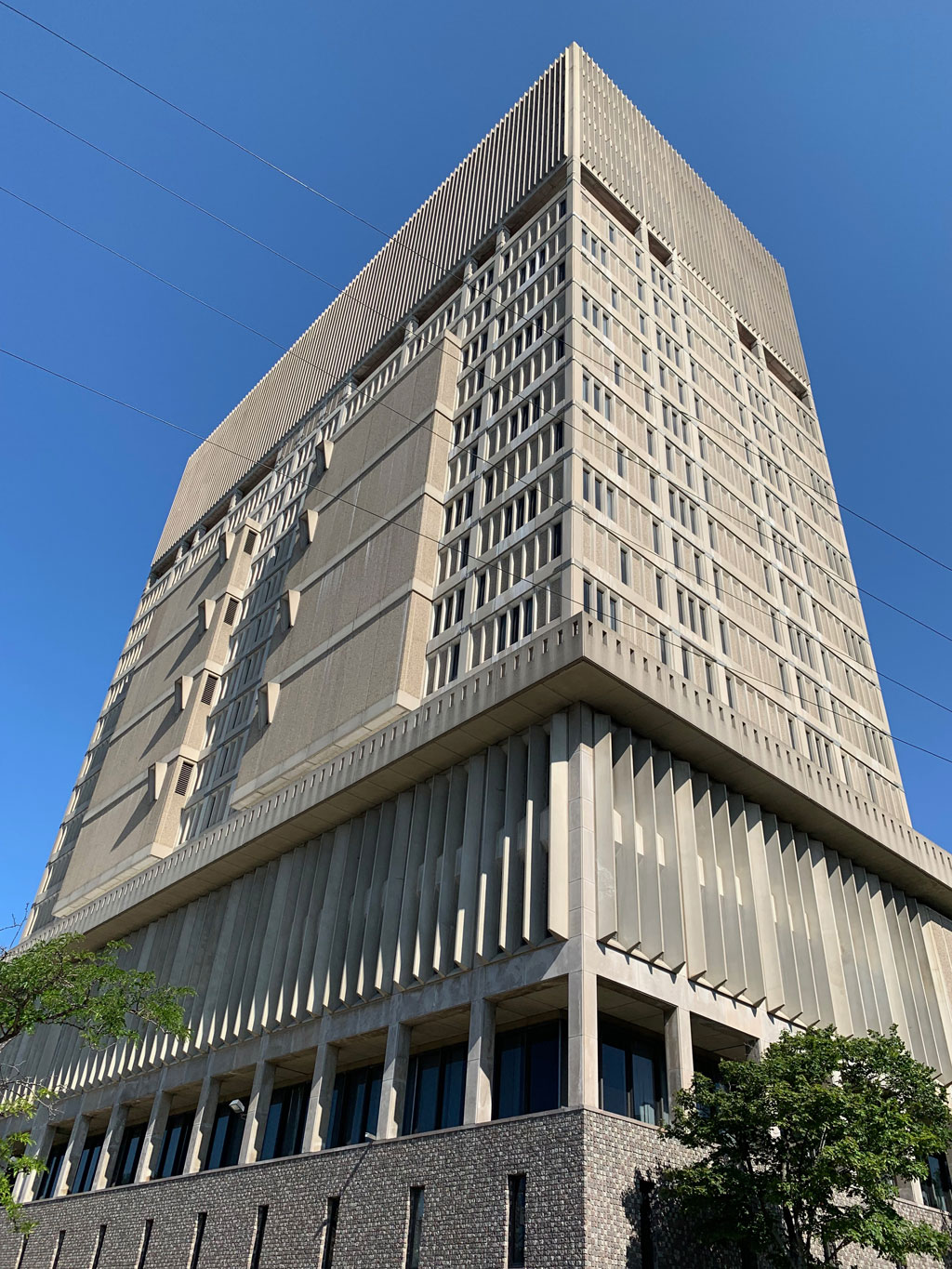 The height and ratio of commercial office space to housing for the courthouse project remains out of scale with the neighborhood, Connolly says. (Photo: Mike Connolly)

The main reason I oppose the Leggat deal is because the ratio of commercial office space to housing is approximately 18-to-1 (i.e., 430,000 square feet to 24,000 square feet).

In this time of affordable housing emergency, the use of public land in East Cambridge for a massive commercial office building is outrageous, as the project will ultimately displace working-class renters across Cambridge and even parts of Somerville. And while Cambridge has been a leader on many aspects of housing policy, the fact remains that the city has systematically prioritized commercial development over desperately needed affordable housing.

Moreover, the Leggat deal will perpetuate an urban design disaster in the East Cambridge neighborhood, in the form of a 258-foot office tower that will loom over adjacent triple-deckers and historic buildings. The Leggat project will also add some 2,066 daily automobile trips to our already-gridlocked city streets, according to the city’s own findings.

Clearly, East Cambridge is facing the impacts of an unbelievable boom in commercial office, lab and luxury housing development. This boom has greatly increased property values and the city’s tax base, but it has also made the city less accessible to families, people of color, artists and the working class. That’s why it’s so important to ensure our public assets are put to use in ways that serve our most pressing needs. Unfortunately, no one can say that is happening here, because the state offered the site to the highest bidder without any regard for housing needs or community impacts, then proceeded to conceal the winning bid price for the duration of the permitting process (in violation of the public records law).

And yet, there is now a real opportunity to achieve a much better outcome. That’s because condition No. 6 of Leggat’s special permit can only be satisfied if the City Council approves the disposition of 420 parking spaces in the city-owned First Street Garage.

On Monday the council has scheduled a hearing to consider this First Street Garage disposition. I stand with more than 1,250 local residents in respectfully calling on the council to vote “no.”

The stated purpose of the city’s disposition ordinance is to “protect the citizens of Cambridge and achieve land uses that best serve the city’s public purpose.” In this case, disposition of parking in the First Street Garage will result in commercial office uses that tend to displace residents (not protect them), and commercial office development is hardly the use that “best serves” the public interest, in light of the housing emergency.

For the past several months, I have been working to organize grassroots support for a community-driven alternative to Leggat’s commercial office plan. The basic concept is for the city to use its leverage to resist the Leggat deal and, from there, for all of us to work together to negotiate a more favorable disposition from the state.

Mayor Marc McGovern has argued that a community-driven alternative isn’t feasible because the Baker administration wants to obtain a market value for the courthouse. Leaving aside the fact that the state has done absolutely nothing to deserve a cash windfall for this building, the key point to understand is that the marketable value of this site is determined largely by the city’s approach to permitting and parking approvals.

To be sure, abutters are understandably concerned about the condition of the courthouse. The state and Cambridge’s own fire chief declared recently that the building poses no hazard to the public; nevertheless, fears were stoked again last week after an avid Leggat supporter had materials from the site tested. Upon learning of this, I contacted the state Department of Environmental Protection. I am pleased to report MassDEP responded immediately and is playing an active role in securing the site.

All over Massachusetts, municipalities are using their leverage to negotiate creative deals for the reuse of abandoned state assets, and collectively we have the power to do the same in Cambridge. The fate of the courthouse site is now in the hands of our City Council. If we work together and stick to our principles, we can achieve an outcome that serves the public interest and makes us all proud.