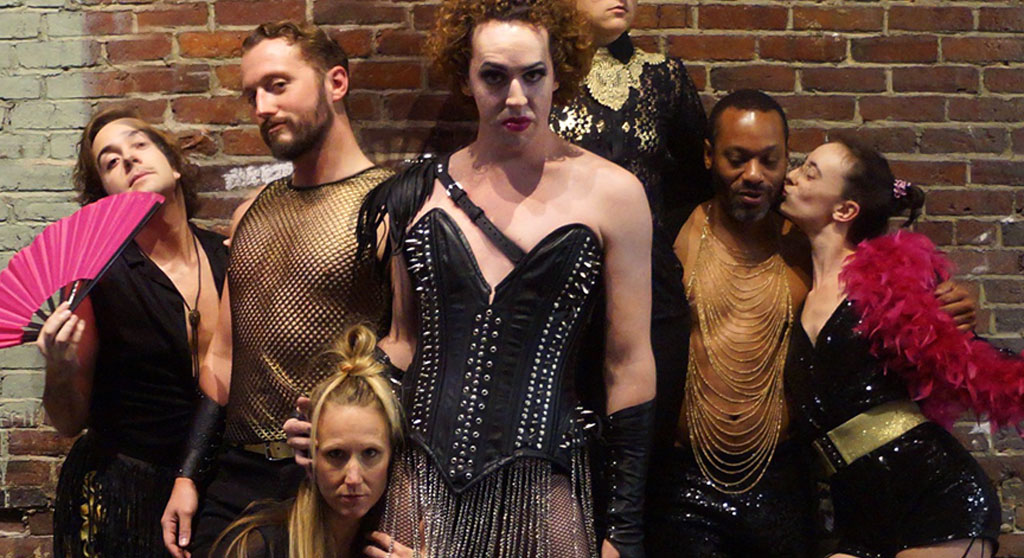 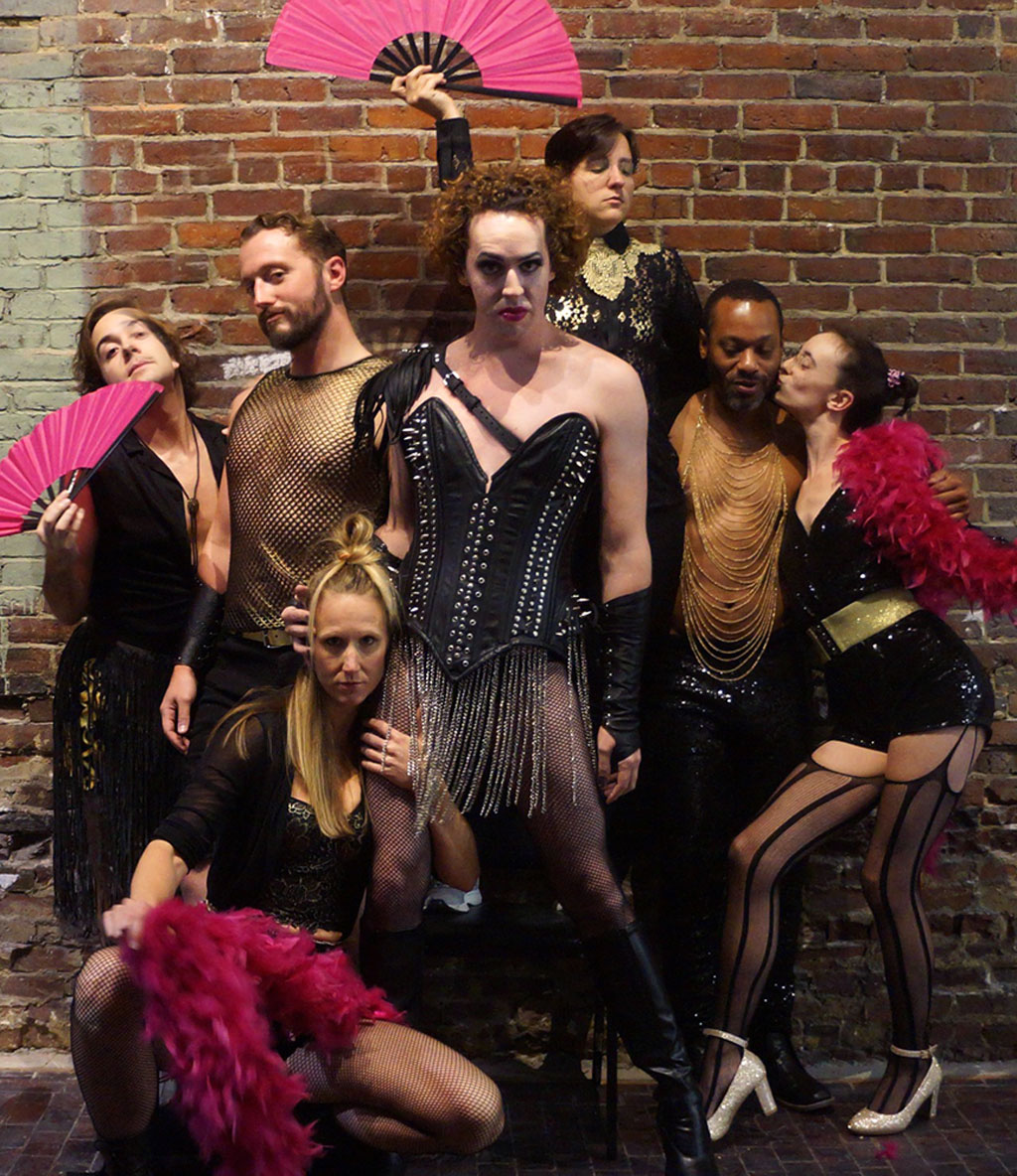 Cast members of “The Rocky Horror Show,” starting its run in Harvard Square on Thursday, with a public party following Friday. (Photo: Moonbox Productions via Facebook)

The popup theatrical production of “The Rocky Horror Show” coming to Harvard Square’s former Hidden Sweets space this month is a bigger deal than the average musical comedy revival: It’s getting a public party Friday and some retailer specials on the surrounding blocks.

The party is 5:30 to 10 p.m. on Brattle Plaza, in front of the popup theater at at 25 Brattle St., with a Beat Brew Hall beer garden, food, music by funk duo Cal & Will and red carpet arrivals for the play’s performances at 7 and 10 p.m.

J.P. Licks will serve its Rocky-er Road Ice Cream, but most of the recognition comes in fully liquid form: Grendel’s Den (which plans to play the full “Rocky” soundtrack at 9 p.m. Sept. 21 and 27) has specialty cocktails and nonalcoholic drinks for “Rocky Horror” including The Sweet Transvesper, a cucumber-mint vesper with Ketel One botanicals for $10; The Thyme Warp, a thyme-infused Tom Collins for $8; The Satanic Mechanic, a sugar-rimmed Martell VS sidecar for $12; a Virgin Hot Patootie, which is hot cider with Cascaraillla chai tea for $5; and The Science Fiction Double Feature, an iced mocha with cold brew coffee and almond milk for $5. The Sinclair has a Don’t Dream it, Be it!, which is Triple 8 vanilla vodka, Nooku bourbon cream and Galliano ristretto (and maybe should be Don’t Dream It, Bean It, consider the coffee beans floating within). The Red House Restaurant says to see its secret drink menu, customers have to go to the bar and say “I’ve come up the lab to see what’s on the slab.” Up the road at Temple Bar, there’s a Rose Tint my World, featuring Glendalough rose gin, Luxardo bitter bianco, Crimson berry tea and sparkling wine.

If none of that has any meaning to you, “The Rocky Horror Show” from Moonbox Productions runs Thursday through Nov. 2, with performances Thursdays at 7:30 p.m., Fridays and Saturdays at 7 and 10:30 p.m. and Sundays at 7:30 p.m., with special performance times Oct. 30-31; general admission tickets are $30. Tickets and information – including which tickets to buy if you don’t want to interact with the characters in the show – are here.