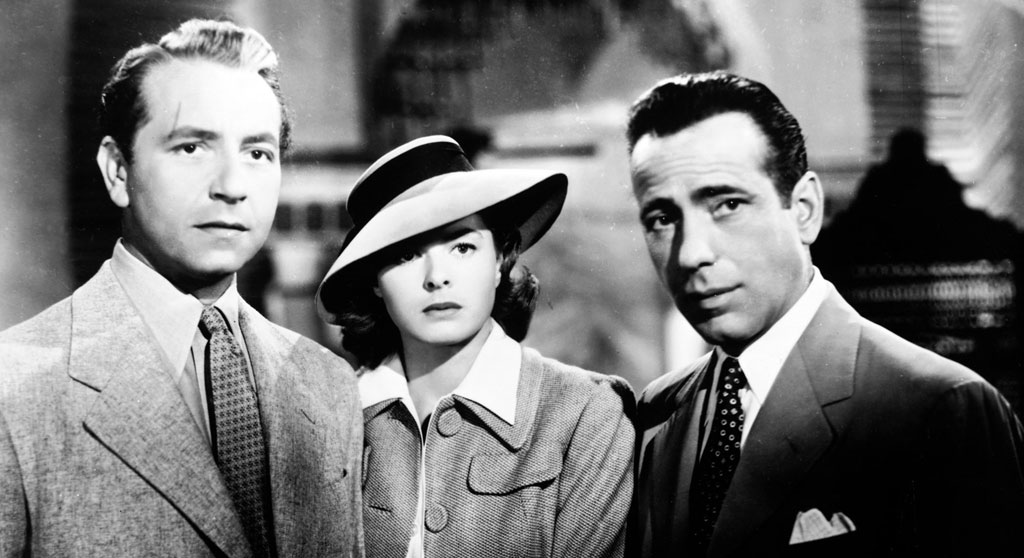 Give thanks for Bogie, with seconds

After you you’ve been righteously stuffed Thursday with bird and pie, you can “Give Thanks for Bogie” at The Brattle Theatre, where the rep house is playing a double dose of Humphrey Bogart: playing PI Sam Spade in John Huston’s seminal noir “The Maltese Falcon” (1941), based on the Dashiell Hammett classic; and the eternal Brattle classic “Casablanca” (1942), in which Bogart smoothly lays the classic line on Ingrid Bergman, “Here’s looking at you, kid.” Poetically, the rear of The Brattle is adorned with the old “Casablanca” mural from the similarly named restaurant once below the theater – supplanted by Alden & Harlow a few years back.The Bogie tandem plays though Dec. 1.

Also making its area premiere Thursday at the Brattle is “Greener Grass,” the Sundance hit about gonzo going-ons in suburbia, namely husband swapping and spoiled demon offspring. Directed by Jocelyn DeBoer and Dawn Luebbe, the dark comedy calls to mind “Desperate Housewives” if directed by David Lynch. The area run of “Greener Grass” goes though Dec. 1.

And speaking of David Lynch, over at the Harvard Film Archive, “Blue Velvet” (1986) helps round out the “Make My Day: The Cinematic Imagination of the Reagan Era” program Saturday. If you’re somehow unfamiliar with Lynch’s upending of Rockwell-esque suburbia, it begins with a severed ear and along the way there is demented karaoke version of Roy Orbison’s “In Dreams” with Kyle MacLachlan, Laura Dern and Isabella Rossellini forming an edgy love triangle; Dennis Hopper’s gangster is a perilous presence over them and small-town America. The film was produced by Dino De Laurentiis as part of a deal in which Lynch first had to make “Dune” – also with MacLachlan.