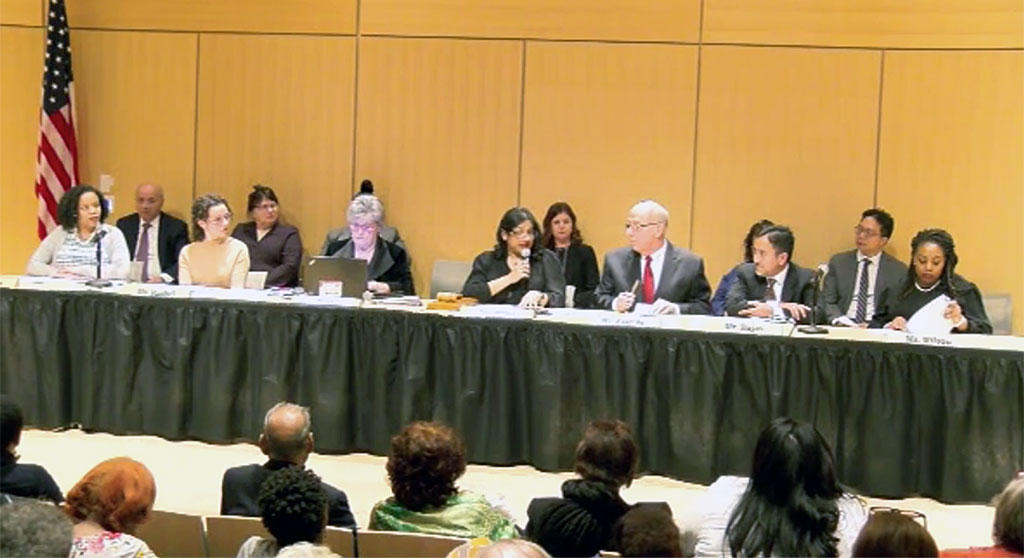 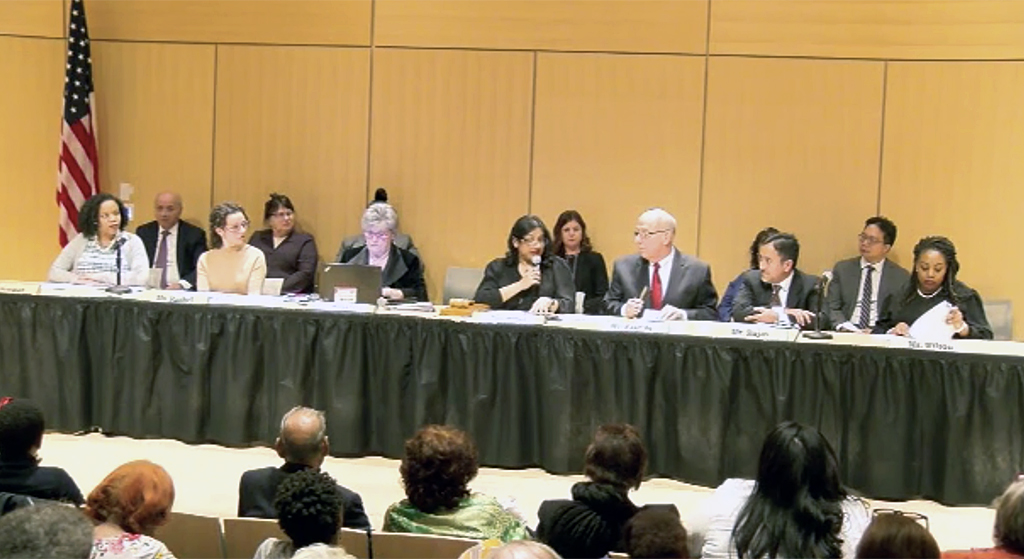 School Committee members get own to business Monday after being sworn into office, as seen in a screen capture of a video from the event.

A festive crowd filled the lecture hall at the Cambridge Main Library on Monday as School Committee members were sworn into office.

Student committee members Sophia Green and Hersh Kanner introduced the speakers, including Suffolk County district attorney Rachael Rollins, who was raised in Cambridge and attended the King School and Buckingham, Browne & Nichols private day school. As DA, she said during her keynote speech, she works to decriminalize poverty, mental health and substance use disorder.

“The greatest deterrent to a life intertwined in the criminal justice system is education,” said Rollins, noting that the Cambridge Public Schools website pledges it is “committed to dismantling structures rooted in white privilege, to hearing and elevating underrepresented voices and recognizing and eliminating bias.”

“As the board who determines Cambridge Public School policy and budget, I assume and hope that you are committed to upholding that promise,” Rollins said.

Longest-serving committee member Fantini nominated Bowman for the role of vice chair, responsible for naming members and chairs of subcommittees and for presiding at committee meetings when the chair is not present. Bowman was elected unanimously on a roll call vote.

A second uncontested vote adopted the committee rules, and a third vote to adjourn the meeting followed quickly, with the crowd moving to the high school cafeteria for a reception.

A process has begun to fill the seat left open when Emily Dexter, who was reelected in November, decided last month against a third term and did not take the oath of office.

A vote is scheduled Wednesday by the Election Commission meeting to schedule a vacancy recount this month. The recount will determine who will replace Dexter on the committee, according to Lesley Waxman, assistant director of the commission. Because Dexter did not resign, but declined to take the oath for the new term, no action could be taken until the inauguration, Waxman said.