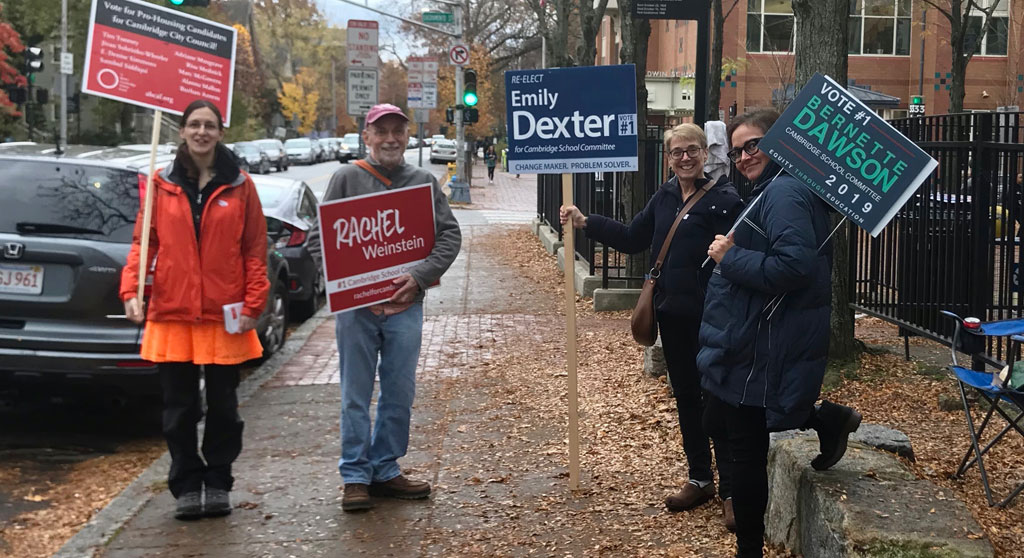 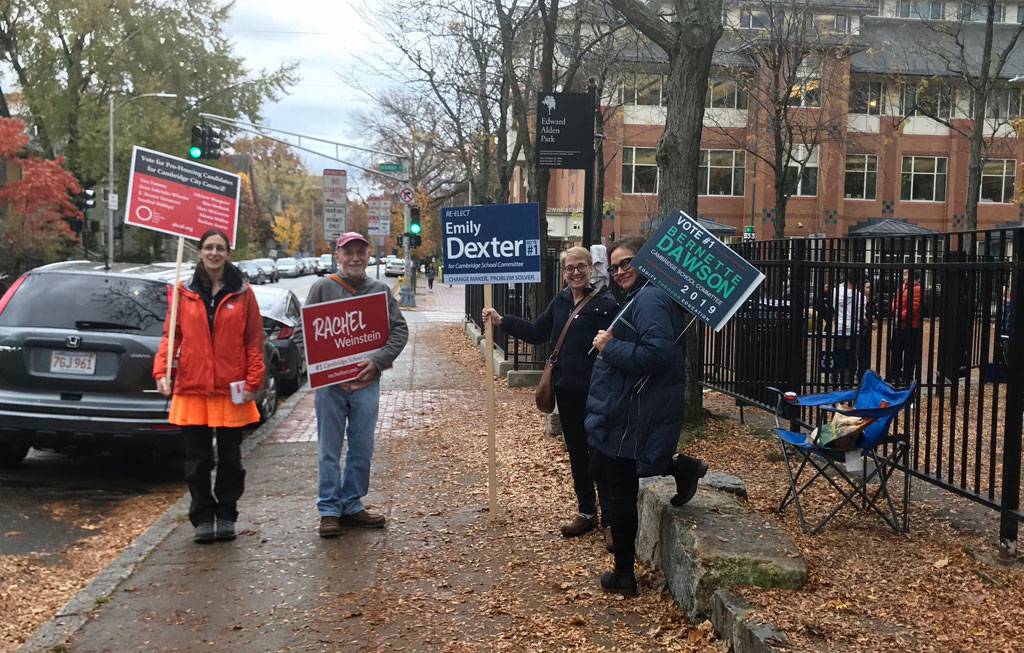 Emily Dexter stops by the Baldwin School polls on Nov. 5. She won reelection to the School Committee with 3,003 top votes. (Photo: Marc Levy)

There is uncertainty among city staff about how Emily Dexter will depart the School Committee, after she announced Sunday she would not be sitting for the third term she won in November elections.

It is unclear who or which department will accept her resignation and determine who fills her seat. She opted out of the third term after months of controversy and increasing community pressure to resign.

Dexter said Monday afternoon that she hadn’t been contacted by the Election Commission or city or school district staff or lawyers.

Tuesday is the final scheduled committee meeting of 2019. An all-day organizational meeting for the new committee is on the committee calendar for Jan. 6, with a regular meeting planned for 6 to 8 p.m. Jan. 7.

Cambridge in this case does not operate under state law, said Debra O’Malley, communications director in Secretary of State William F. Galvin’s office, but uses the city charter as the guiding document.

The effective date of the resignation may also affect the procedures.

“Have they declined to take the oath or have they resigned from the current term?” O’Malley said. The oath would be administered in January. “The charter would dictate how the position is filled.”

Mayor Marc McGovern said the Election Commission is working with the city solicitor to determine which department can accept Dexter’s act.

It is likely that when her resignation is accepted, the ballots from November’s election will be counted, Dexter’s votes will be redistributed and her successor under the city’s proportional representation voting system will be notified of the outcome. According to data posted on the Cambridge Civics Journal website of local politics watcher Robert Winters, she will be replaced on the committee by candidate David Weinstein. The Election Commission will have to run Dexter’s No. 1 votes again to confirm – a process that last took place in 2009, when Brian Murphy quit the City Council to work for the state and Larry Ward, a challenger in the past election, took his place for the remainder of the term.

At this time the Election Commission is waiting to for the solicitor’s office to confirm the resignation procedure and ballot count process, officials said.

Dexter was elected to a third term Nov. 5 with fellow incumbents Manikka Bowman and Fred Fantini after committee member Patty Nolan opted for a run for City Council and members Kathleen Kelly and Laurance Kimbrough opted not to run again. She won back her seat with 3,003 top votes, second only to Bowman’s 3,109 and far above the 2,776 “quota” needed for instant reelection.

Though McGovern was reelected to the City Council, it is not certain councillors will reelect him mayor and to return to leadership of the committee – meaning that that while the leaders of the school district were already getting three new members, now that will be a likely record four new members.