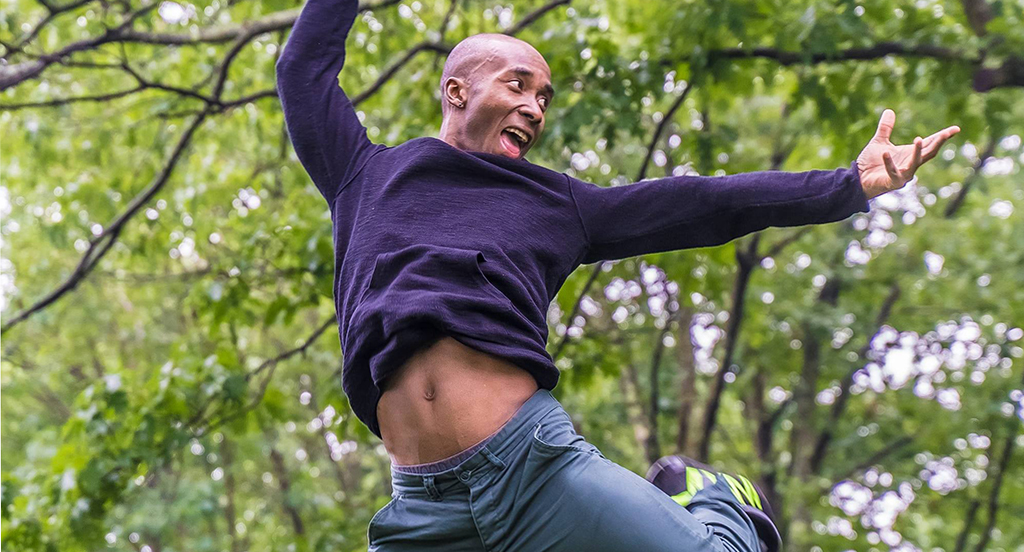 MLK Keep Moving Forward Flash Mob from 2 to 5 p.m. at The Dance Complex, 536 Massachusetts Ave., Central Square. Free, but registration is required. All are invited to come perform a flash-mob style dance of justice inspired by the Rev. Martin Luther King Jr. for video release; the choreography will be taught by Sylver Rochelin (pictured), Papa Sy and others. Information is here.

Devin Kelly at the Boston Poetry Slam, from 8 p.m. to midnight at The Cantab Lounge, 738 Massachusetts Ave., Central Square. There’s a $3 cover for this 18-plus show. The author of “In This Quiet Church of Night, I Say Amen” and co-host of the Dead Rabbits Reading Series reads after an hour of open mic starting at 8 p.m. After Kelly comes a speed slam event. Information is here.

Tell-All memoir readings from 7 to 10 p.m. at Porter Square Books, 25 White St., Porter Square. Free. Calvin Hennick (pictured) features reading from his debut memoir “Once More to the Rodeo,” in which he questions how to teach his son to be a man after his own father figures abandoned him, and what to tell a biracial son about living as a black man in America when he’s white – and finds the answer in a road trip to an Iowa rodeo. Joining him are Sari Boren, Angie Chatman, Doris Iarovici and Amy Yelin. Information is here.

“Das Kapital” play performance from 7 to 9 p.m. (and repeating Saturday and Sunday) at the Massachusetts Institute of Technology’s W97 Theater, 345 Vassar St., Area II. Tickets are $19.99, maybe because this is a play about capitalism, though they’re actually $9.99 with a coupon code, also maybe because this is a play about capitalism? Playwright Nick Rongjun Yu and director Yuning Su combine absurd comedy with real events and people in a work examining China’s inability to avoid capitalism (transplanted to the MIT campus). Performed in Chinese with English subtitles. Information is here.

Weekend matinee: “Tito and the Birds” from 4 to 5:30 p.m. at the Harvard Film Archive at The Carpenter Center, 24 Quincy St., Harvard Square. Tickets are $5, or free with a current Cambridge Public Library card, and available starting at 3:15 p.m. outside the screening room. Ten-year-old Tito and his friends journey to find the cure for why people are turning to stone around the world in this Brazilian winner of major children’s film festival awards – a political allegory that teaches young audiences about exploring fear in oneself and the role it plays in society. Information is here.

“Somerville Night Live” from 7 to 9 p.m. at The Rockwell, 255 Elm St., Davis Square, Somerville. Tickets are $15. In a format that may sound familiar, a dozen comedians write and produce original high-energy, sketch comedy – now moved to a larger venue after its run in Union Square. Information is here.

“iTMRW” performance from 8:30 to 10:45 p.m. (and repeating Sunday) at Oberon, 2 Arrow St., Harvard Square. Tickets are $20. This dance-theater piece by Providence art-pop trio Arc Iris and the HDC Dance Ensemble tells the love story of Robert and his android partner, Jenny, against the backdrop of 2080, when ads come in the form of “pop-up thoughts,” entire cities float on islands of trash and the mega-corporation iTMRW produces and sells every product known to humankind. Information is here.

“Das Kapital” play performance from 7 to 9 p.m. (and repeating Sunday) at the Massachusetts Institute of Technology’s W97 Theater, 345 Vassar St., Area II. Tickets are $19.99, though they’re actually $9.99 with a coupon code, maybe because this is a play about capitalism? Information is here.

Cambridge Symphony Orchestra family concert at 2 or 4 p.m. at The Center for Arts at the Armory, 191 Highland Ave., Somerville. General admission is $20 (with fees, $22.03), or for children 12 and under, $5 (with fees, $6.27). This concert includes Prokofiev’s retelling of “Peter and the Wolf,” narrated by Leslie Wu Foley of the Boston Symphony Orchestra, as well as the finale of Cello Concerto in E minor by Edward Elgar (with New England Conservatory young artist Nicolas Bass) and “Conga del Fuego Nuevo” by Arturo Márquez. An instrument petting zoo follows so kids can try out string, woodwind, and brass instruments themselves. Information is here.

Verdi’s “Aida” from 3 to 6 p.m. at Sanders Theatre, 45 Quincy St., near Harvard Square. Tickets are $51 to $82. The Boston Youth Symphony Orchestras give a one-night-only performance (at least, until another one night stand in June) of the 1871 opera about forbidden love in ancient Egypt, suitable for all ages under the direction of Federico Cortese. Information is here.