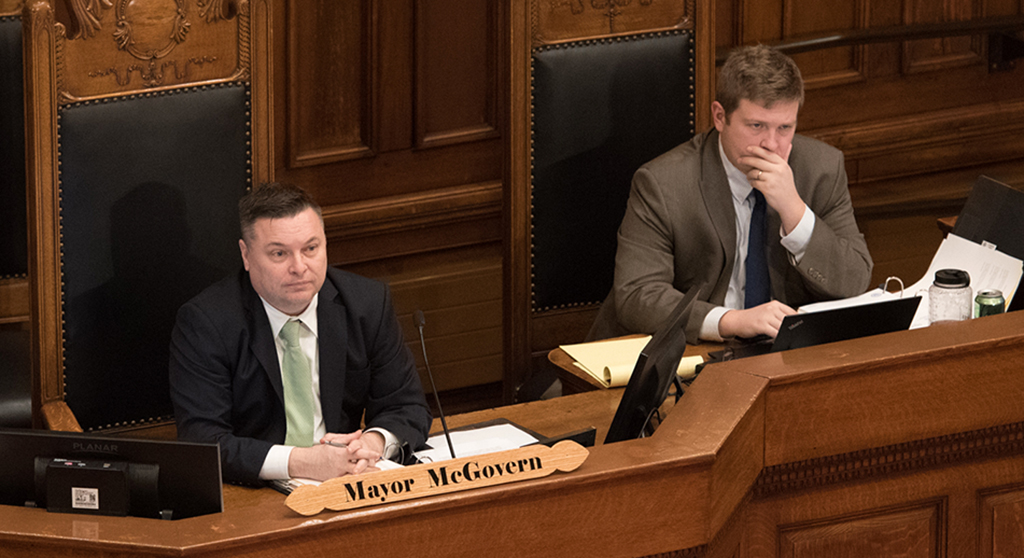 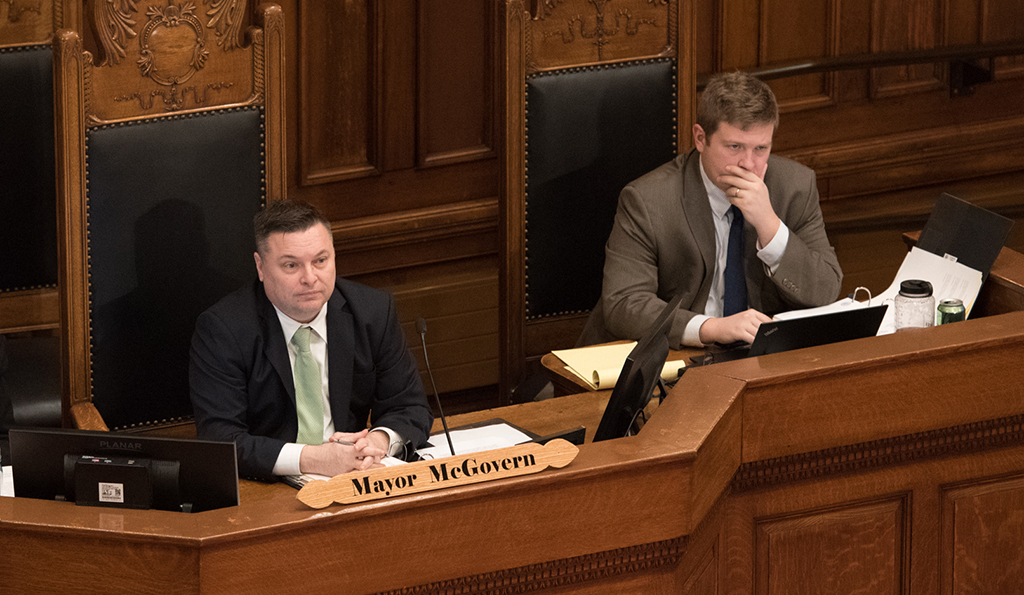 Wil Durbin, right, served as chief of staff to councillor Marc McGovern during his term as mayor. (Photo: Ceilidh Yurenka)

Wilford Durbin, former chief of staff during city councillor Marc McGovern’s term as mayor, and before that an aide to councillor Craig Kelley, is moving back to his home state of Ohio with his wife and two young children to be closer to family, McGovern said late Wednesday.

Durbin was instrumental in writing policies including the short-term rental ordinance to regulate Airbnbs, the city’s surveillance ordinance and bike infrastructure ordinance. “His attention to detail and knowledge of policy made him a true asset on these and so many other important issues,” McGovern said via email. “I thank him for his service and wish him the best of luck.”

Durbin had been with Kelley since mid-2015; McGovern took him on in January 2018.

McGovern’s new council aide will be Sarah Powazek, a recent graduate in political science from the Massachusetts Institute of Technology, where she researched for the MIT Internet Policy Research Initiative. She interned at the American Civil Liberties Union and Federal Communications Commission and worked for the U.S. Census Bureau, bringing experience in research, policy and community organizing, McGovern said. She founded MIT Vote and was campaign manager for Burhan Azeem in his run for City Council.