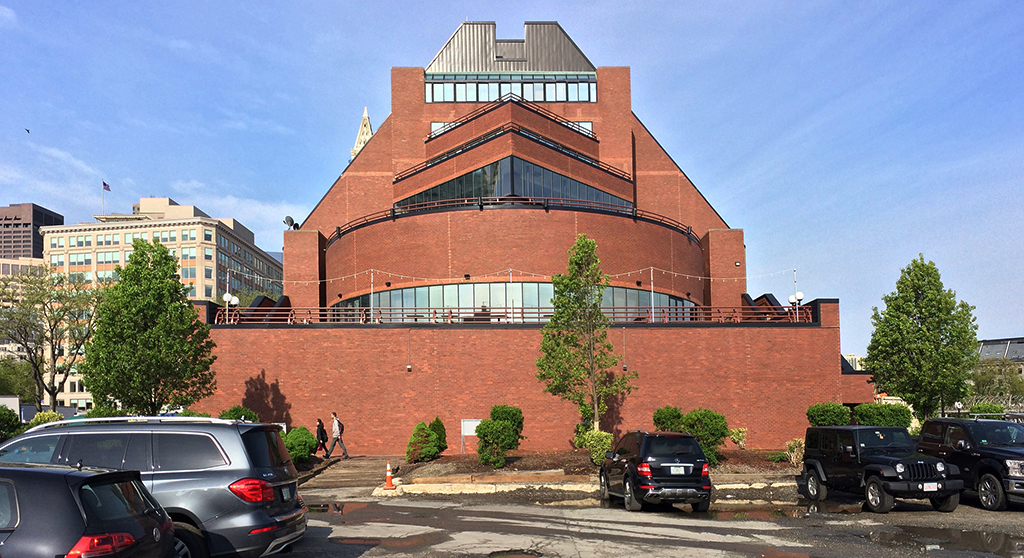 A conference held last month at the Marriott Long Wharf in Boston is identified as the source of coronavirus cases in Cambridge. (Photo: Gunnar Klack via Flickr)

The coronavirus that has been causing illness, deaths and financial havoc in the United States and around the world arrived officially in Cambridge on Friday as city officials announced that three people who live here have tested positive. All three are connected to the late February meeting of Biogen executives that has so far spawned most of the known cases in Massachusetts.

A Harvard affiliate has tested “presumptive positive” for coronavirus, The Harvard Crimson reported Friday evening, but city officials were not answering questions about how the patient fit into Cambridge figures – whether as an uncounted fourth resident, as an attendee of the Biogen event or possibly not counted because the person lives outside Cambridge.

Biogen, based in Cambridge, held a two-day meeting for 175 top executives Feb. 26-27 at the Boston Long Wharf Hotel. The first cases among attendees were discovered soon afterward. On March 6 the company ordered all employees who had attended to work from home for two weeks, and the next day they were told to quarantine themselves whether or not they had symptoms of the virus. It takes up to two weeks for people exposed to Covid-19 to develop the symptoms, which include fever, shortness of breath and cough.

Many scientists and public health officials believe that the slow start and continued restrictions on testing for the virus allowed it to spread in the community while efforts to contain it were focused on people returning from foreign countries such as China, Iran, Italy and South Korea, where cases were ballooning. Now officials are trying to prevent a surge in illness that could overwhelm hospitals and other healthcare organizations, instead of trying to eradicate Covid-19.

The Public Health Department is urging employers to adopt “a telework policy for their employees if they can do so. The health department also urges organizations and individuals to cancel, postpone or rethink events, meetings and gatherings,” the press release said.

On Friday, the state Department of Public Health reported 123 cases of Covid-19, an increase of 15 from the number on Thursday. Of the total, 94 are employees or contacts associated with the Biogen meeting. Another five people in North Carolina and two in Indiana have also tested positive.

Cambridge public health nurses have been monitoring residents who are isolating themselves because of exposure to the virus; the overwhelming majority are connected to the Biogen meeting, spokeswoman Susan Feinberg said earlier.

One aspect of the case count in Cambridge was puzzling. One of the test results was “confirmed” and the other two were “presumptive.” The state laboratory has been required to send test results to the Centers for Disease Control and Prevention for confirmation as part of the federal approval allowing the state to test for the virus. The CDC has taken days to confirm test results, so the fact that a new positive result was already confirmed was unusual.

No one from the Cambridge Health Department was immediately available to explain.