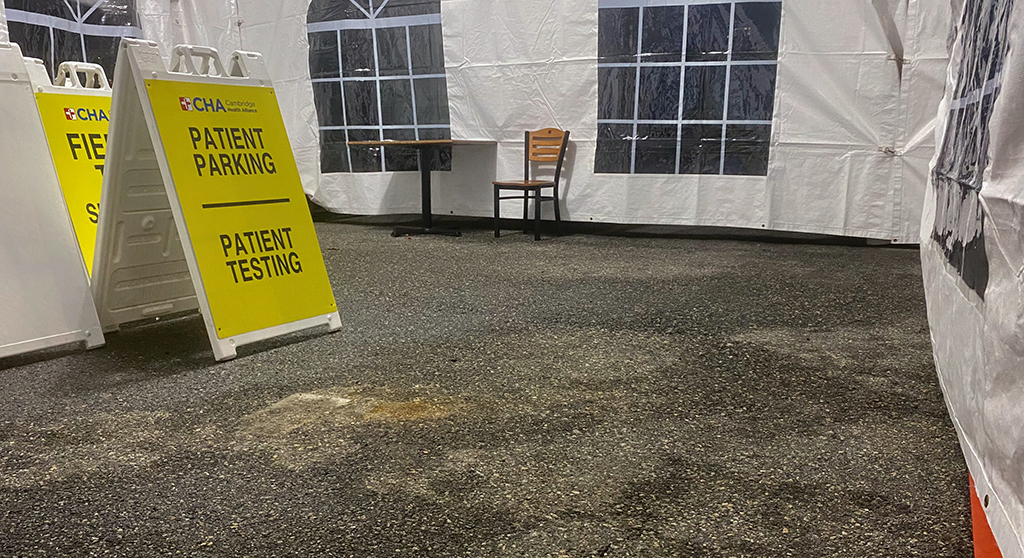 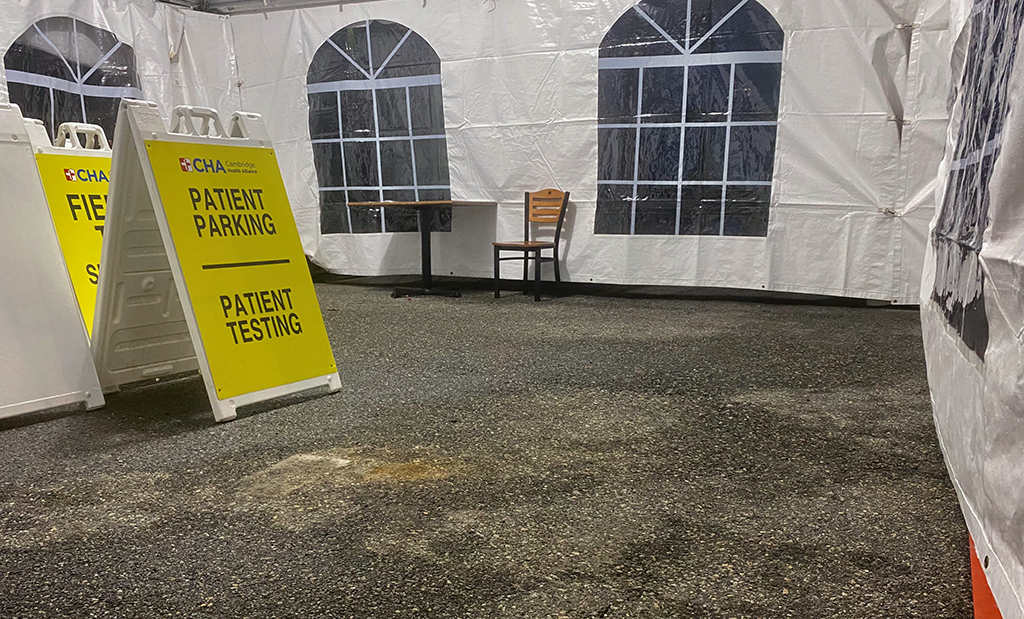 A coronavirus test site at Somerville Hospital is empty late Tuesday, awaiting its opening the next morning. (Photo: Marc Levy)

The number of Cambridge residents with the Covid-19 coronavirus rose to 20 on Monday, up from 17 on Sunday and substantially more than doubling the eight cases reported Friday. Officials did not provide information on the city’s web site on the sex and age of the newly reported victims of the virus.

Cambridge had its first cases March 13, with three people reported as testing positive. The number rose to seven Monday, then eight on Wednesday. It had not changed after that until Saturday’s report.

Public health officials and doctors had predicted the number of cases would rise sharply as more people were tested. The Cambridge Health Alliance opened a mobile testing site at Somerville Hospital on Wednesday and expects to add another two sites. Two large private laboratories are offering tests. Previously only the state public health laboratory was doing tests.

Federal and state officials have also widened the criteria for getting a test, although people are still reporting they cannot get tested despite having symptoms or being exposed to someone who has tested positive.

The city has closed its offices and public libraries and is conducting public meetings online. City officials have also ordered restaurants and bars to sell food solely for takeout or delivery. Construction except for one- to three-family projects was shut down and on Monday, and personal care businesses such as gyms, massage parlors, tanning shops and health clubs must close. Home-based businesses are included in the order.

This post was updated March 23, 2020, to reflect new reported figures.