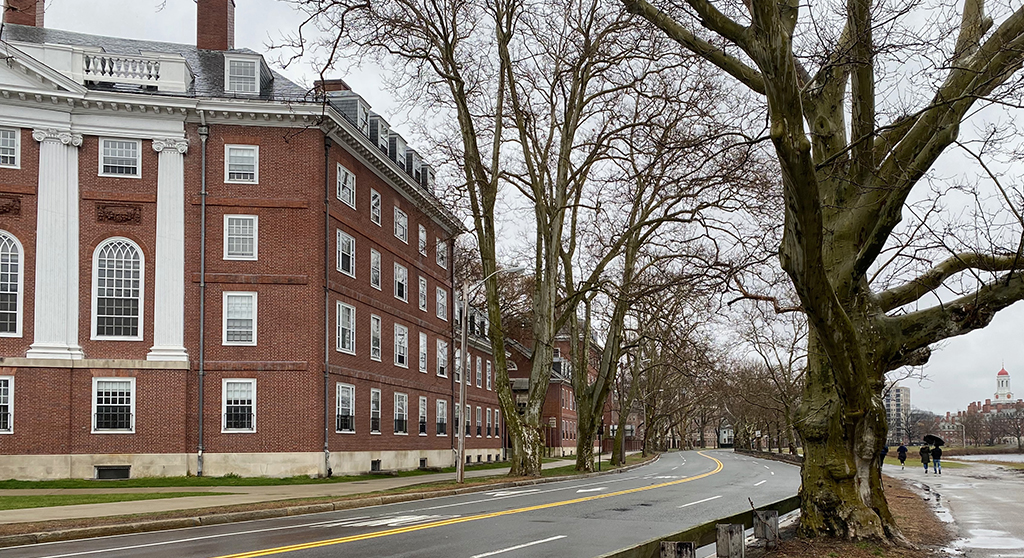 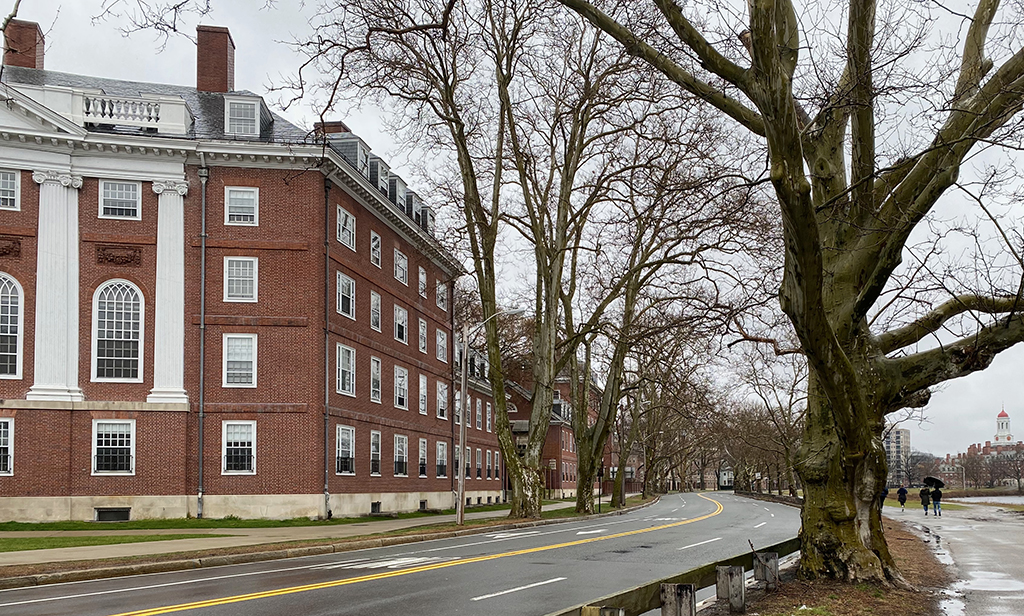 Memorial Drive is empty March 29 save for some runners along the Charles River. (Photo: Marc Levy)

Orders about closing Memorial Drive and some neighborhood streets to cars to allow for more “social distancing” against the spread of coronavirus were tabled Monday by a 5-4 vote of the City Council.

The tabling was the second delay on two similar orders after councillor E. Denise Simmons used her “charter right” a week ago, and was to give the city’s eight-member Covid-19 Expert Advisory Panel a chance to weigh in. What confused supporters was that, as is standard, the orders wouldn’t have resulted in any direct action; they merely ask city staff to “confer” about closings, “explore … and report back as soon as possible.”

The actual closing of streets to nonessential traffic could simply be scheduled for after coronavirus infections are expected to peak here, which is expected within two to three weeks, councillor Jivan Sobrinho-Wheeler argued, unsuccessfully, as Mayor Sumbul Siddiqui broke with the group who sponsored the orders – including herself – and provided the fifth vote for those seeking to table them. 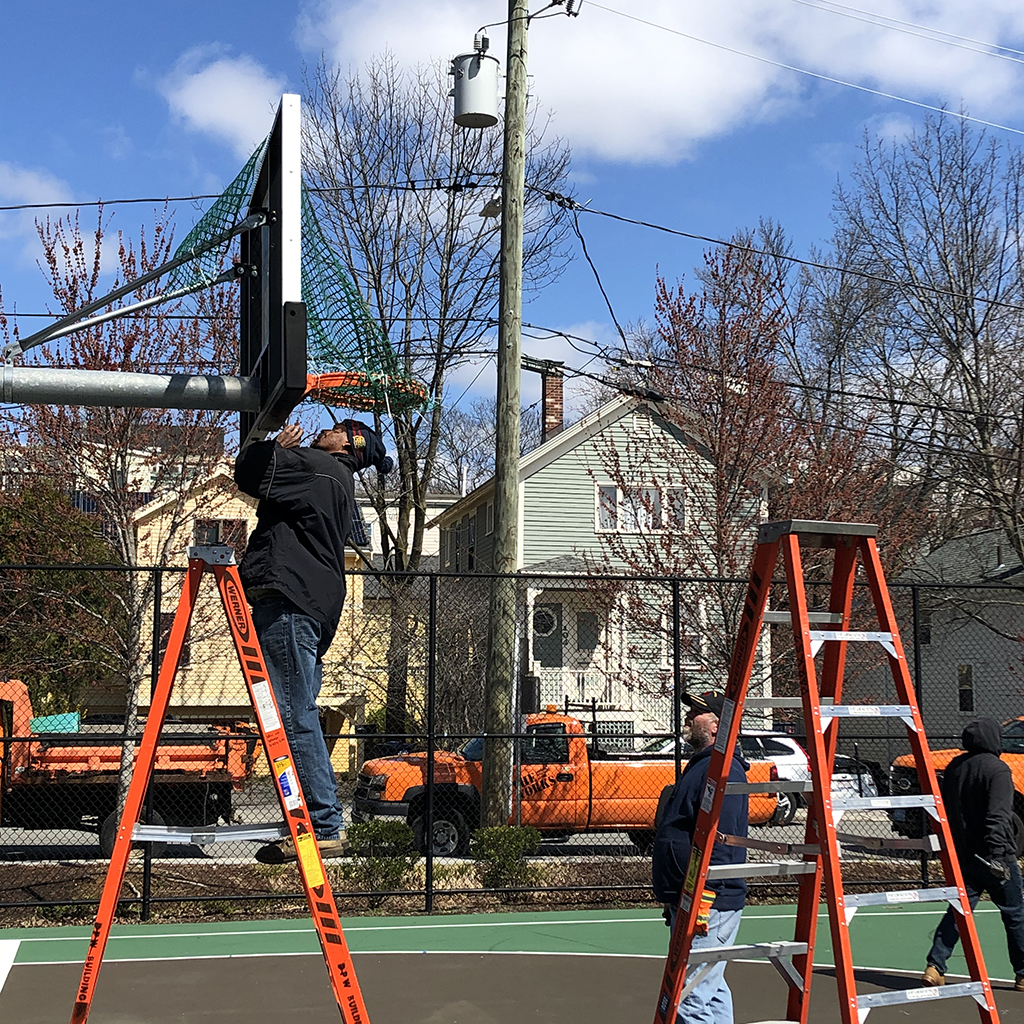 “We pass policy orders all the time and don’t get reports back for months,” Sobrinho-Wheeler said. “I just don’t understand the semantic point about putting this on the table and passing it three weeks from now after the peak, because there’s no requirement that this be implemented before the peak.”

The idea behind the orders was to allow residents to get out of their homes for moments, including for exercise, as fears of spreading coronavirus infection otherwise keeps them indoors – away from closed workplaces, stores and entertainment. An email from the city’s Department of Public Health sent earlier in the day said that “spending time outdoors is good for everyone’s physical and mental well-being [and residents are encouraged] to go outside for fresh air and exercise,” vice mayor Alanna Mallon pointed out during an hourlong debate.

With the city manager and the city’s chief public health officer telling the City Council they opposed opening streets, Mallon said she was “having a little trouble squaring that with what we’re hearing this evening.”

In addition, “this isn’t just about recreation. We live in a very dense urban environment,” Mallon said. “People use sidewalks to get to grocery stores, to pick up prescriptions and other vital items … and to get to work, if they’re still essential workers. We need to be able to spread out. Our sidewalks are just not wide enough for that proper physical distancing.”

During public comment, all done remotely just as the majority of councillors were calling into the meeting from their homes, around 20 people spoke on the orders. All but three were in favor.

Residents in favor of closing streets to traffic spoke about opening up streets to accommodate the 6-foot social distancing guidelines laid out by health experts, with some existing open spaces crowded and sidewalks too narrow to let people pass by in two directions without coming closer than recommended.

The cities of Cleveland and Denver have closed roads to traffic in some neighborhoods and larger parks, and George Schneeloch, of the Cambridge Bicycle Safety group, said the step was under consideration in Somerville and Brookline.

The few public speakers opposed to the orders said they would draw “groups of people” exercising and encourage congregating. Councillor Marc McGovern said he’d seen social media from people in neighboring cities who planned to come to Cambridge to take advantage of a closed Memorial Drive.

Public health officer Claude Jacob said that when you “close the streets, you run the risk of now having de facto block parties.”

Because it was “irresponsible” to encourage people to be out of their homes more, councillor Tim Toomey said, he didn’t “want to say that some people are being very selfish here” for wanting streets closed. “I’m sure the people that went down to Miami Beach at spring break are regretting that decision right now. New Orleans went ahead with Mardi Gras, they all said, ‘Come on down, let’s all have a party.’ I’m not saying it’s going to be on the level of that kind of people here, but we’ve seen what happened in those instances.”

“Parents with young kids, this is a great opportunity for them to help distribute food to the seniors so that young kids can see exactly what community is all about. So there’s gonna be a lot of opportunities to do that, because some people are isolated and are going to need assistance,” Toomey said.

The state’s guidance is for groups of no more than 10 people to congregate, and also urges explicitly that people get outside for exercise and recreation during a health crisis that could remain an issue for potentially months to come, councillor Quinton Zondervan noted.

Similar to Mallon and Zondervan, Councillor Dennis Carlone was confused by policies that left open parks that were reportedly crowded – police have had to act on crowding at Danehy Park and Fresh Pond, especially with the city aggressively closing basketball courts, tot lots and other places most likely to draw people close together – but didn’t want to consider making more space for the people who would go there.

City Manager Louis A. DePasquale resisted Carlone’s line of questioning that the city was sending a confusing message. The “closing of streets is an additional facility,” DePasquale said. “The street is not your traditional open space.”

Still, officials promised that the Covid-19 Expert Advisory Panel would discuss the issue the next day in their third weekly virtual meeting after being convened March 24. The same orders had been on the council agenda the previous week when Jacob appeared before the council, and though neither Public Health nor the City Manager’s Office had put the orders before the panel for expert advice, councillor Patty Nolan said she had. The members of the group she talked with approved of the idea of giving residents more space for social distancing, she said.

The experts seemed to understand the goal “is not to provide opportunities for parties … That is not at all what this is about,” Nolan said. “I don’t even know where that came from.”

After McGovern mentioned tabling the orders until after the advisory panel met, Mallon proposed changing the text to include the advisory panel as another group meant to “confer” and “explore” the idea, which would allow the council to carry on with a vote. Procedurally, though, the tabling took place before Mallon’s order could be considered. The votes aligned with the the vice mayor, Sobrinho-Wheeler, Zondervan and Nolan trying to pass the orders but outvoted by the mayor, McGovern, Carlone, Simmons and Toomey.

Little remarked upon was the city manager’s practical note: The Traffic, Parking, and Transportation had been deemed nonessential during the coronavirus crisis.

“This is also going to have a lot of work on our traffic department, and right now they’re not essential. So they would not be here to do this,” DePasquale said.