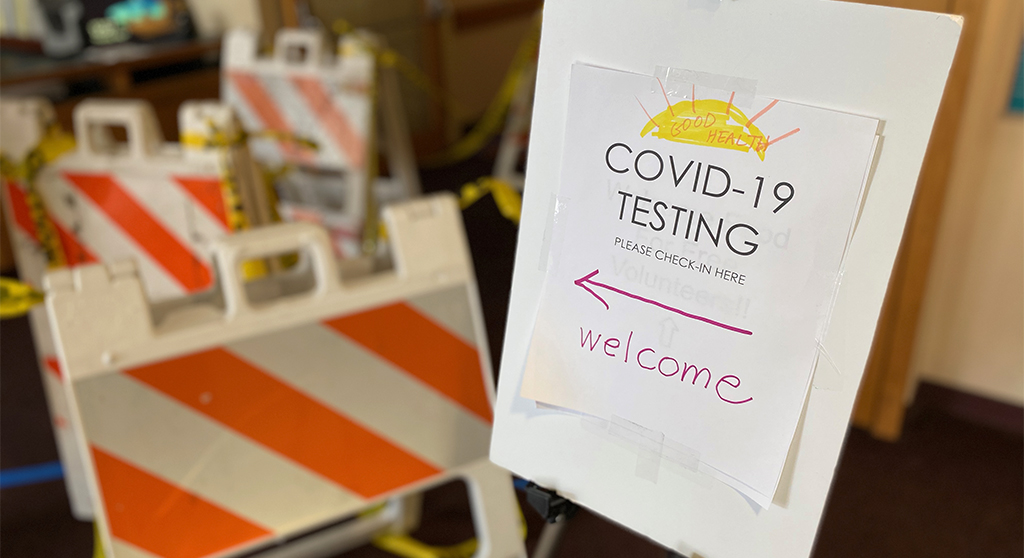 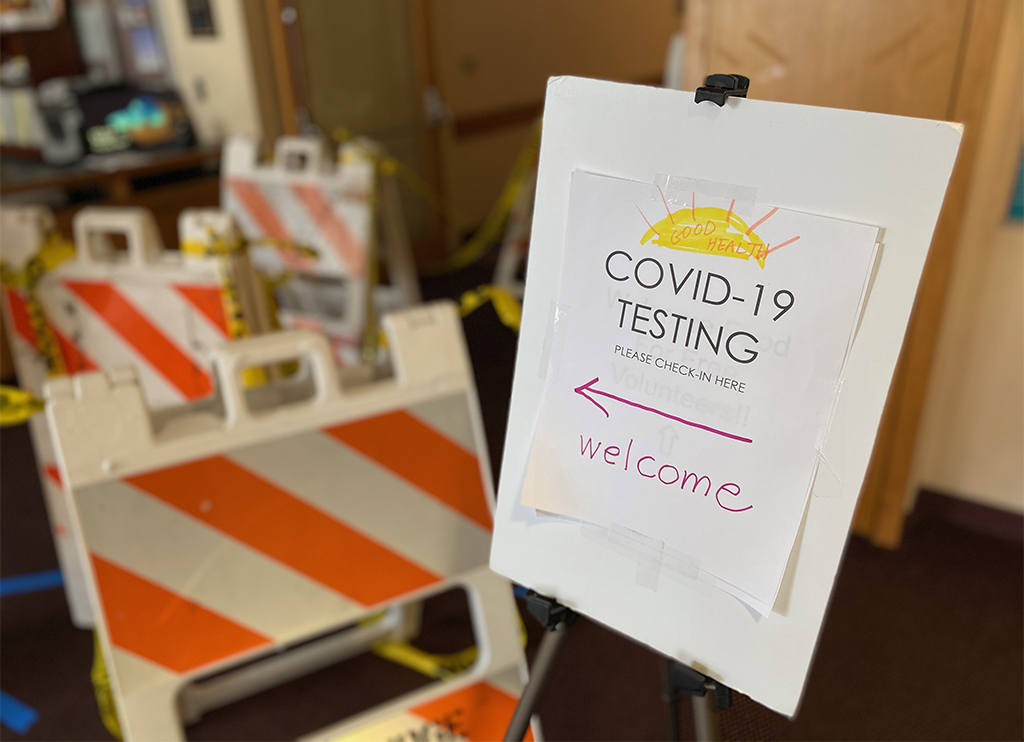 On Thursday, homeless people living on the street were invited to get tested for coronavirus at the Senior Center in Central Square. (Photo: Marc Levy)

It seems like a simple question: How many Cambridge residents have been tested for Covid-19? The answer would be important to help assess the true extent of infection in any place, public health experts say. Yet no one knows, or if they do, they’re not saying.

The Cambridge Public Health Department is reporting an ever-increasing amount of data, but not the total number of tests. The department can’t get that figure because the state doesn’t provide it, spokeswoman Susan Feinberg said Tuesday.

“We are currently receiving information from the Massachusetts Department of Public Health on Cambridge residents who test positive, not those testing negative,” she said. “We do not know if or when the state is planning to share local testing data with municipalities.”

The state does report the total number of Covid-19 tests, positive and negative – but for Massachusetts as a whole. Asked whether the state agency collected or intended to get address information that would enable a breakdown of tests by community, spokesman Omar Cabrera said: “We continue to evaluate the frequency and types of data we collect and report out. We will make available additional testing data details as we are able.”

Parameters at the local level are important, a Harvard University scientist said. “The pandemic is actually made up of very local epidemics,” said Yonatan Gran, assistant professor of immunology and infectious diseases at the Harvard T. H. Chan School of Public Health, on a Thursday conference call with reporters. “It’s important to understand what the local trajectory is.”

“Monitoring at a community level is important,” he said. “Having extensive testing is … necessary to really be able to monitor for the risk of resurgence” if a community reopens.

Since the first Cambridge case was reported March 13, it’s been difficult to get tested, especially for people without serious symptoms. Many people with mild or moderate signs of the virus were told to assume they were infected, stay home and self-isolate. Those with no symptoms had even less chance of getting tested despite evidence that people with no signs of illness could be infected and infect others. Shortages of test kits curtailed availability.

On Friday, testing expanded dramatically, at least for now, when a drive-up, walk-up and bike-up test site opened to all Cambridge residents whether or not they have symptoms. The Cambridge Health Alliance offers the free tests at its East Cambridge clinic at 163 Gore St. Spokesman David Cecere said the site will operate on weekdays from 9 a.m. to 4 p.m. and will be able to do 200 tests a day “as long as supplies are available.” On Friday, 100 people were tested, Cecere said

Residents who want to be tested must call (617) 665-2928 to make an appointment, and Alliance patients with symptoms should call their doctor.

The city previously also offered testing to all residents and workers at nursing homes and assisted living centers, and all guests at three shelters for homeless people. On Thursday, homeless people living on the street were invited to get tested at the Senior Center in Central Square. The health department knows the total number of people tested in those programs; it’s a small proportion of the city’s population.

Cambridge Day called Cambridge’s two hospitals this week to at least find out how many of their own patients in Cambridge had received Covid-19 tests. Cecere at the Alliance said the total was 223 as of Saturday. Jennifer Kritz, a spokeswoman for Mount Auburn Hospital, said it would be too time-consuming to compile the total in the midst of the pandemic.

City councillors voted unanimously Monday to ask the health department to report the total number of people tested here, along with other data. Councillor Quinton Zondervan, who introduced the policy order, said Thursday that he had received no response from the city.

“We also provide a dashboard that breaks down those numbers by county and even ZIP code,” Morgan said.

Massachusetts Gov. Charlie Baker has consistently sought more testing, saying it’s necessary to make decisions on when businesses can reopen and precautions ease. Scientists have recommended looking at measurements such as the percentage of positive tests – lower is better – to discern whether testing is adequate.

Cambridge has a committee of scientists and city officials, the Covid-19 Expert Advisory Panel, to make recommendations on policy. The group does not meet publicly, and it’s not known whether it has examined the issue of testing. Councillors asked the city on Monday if notes from the meetings could be shared with them.