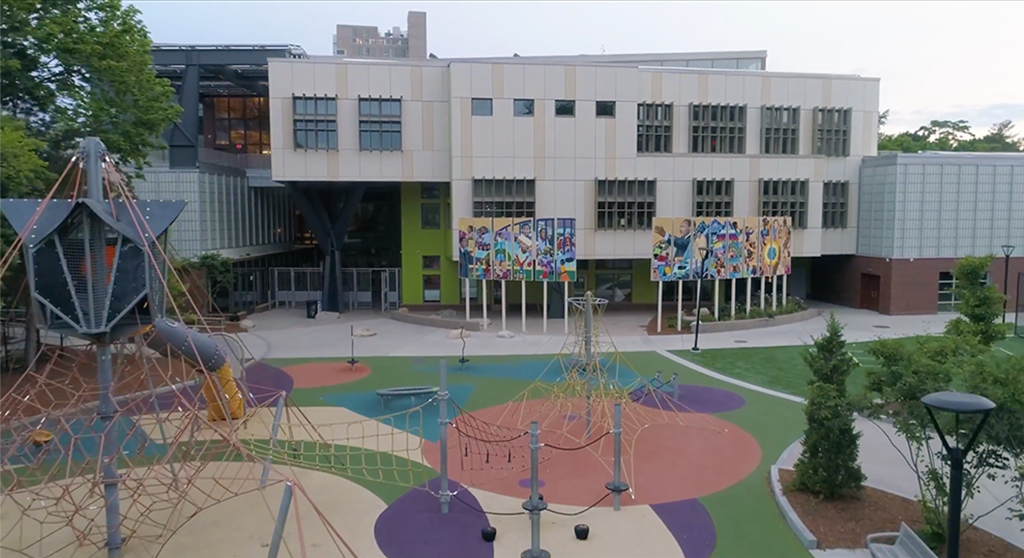 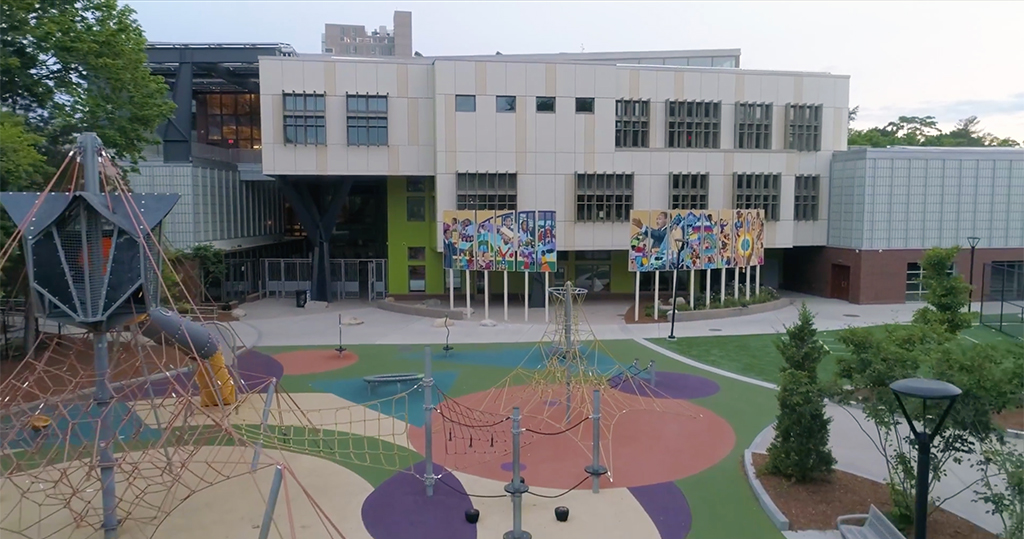 The Martin Luther King Jr. School, seen in a screen capture of a Kompan Playgrounds video, has programs funded by state Extended Learning Time grant money, like the Fletcher-Maynard Academy.

The slow-motion economic impact of the Covid-19 pandemic may be felt at the Martin Luther King Jr. and Fletcher-Maynard Academy elementary schools as the funding for the state’s Extended Learning Time grant, which pays for longer days and additional instruction at the two schools, is uncertain.

The state notified the district recently that lower revenues put the grant in flux: While funding may remain intact, it may be reduced or eliminated, according to Cambridge Public Schools chief financial officer Claire Spinner. She said that state has provided few details, with no timeline for its decision, leaving the district to sketch plans as it waits for information.

The status of the grants was discussed at Tuesday’s meeting of the School Committee, and appeared to surprise its members.

“Our projection (until we find out more) ranges from no reduction (low) to losing 50 percent of the grant,” Spinner wrote in an email. She added that the district may be able to replace up to half of the grant, approximately $400,000.

The grant is allocated on a per-student basis, with each school getting a proportionate share based on enrollment. This formula will still apply if the state reduces the amount and the district makes up the rest, Spinner said.

The district faces unprecedented fiscal constraints, she said. A City Manager’s Office memo received by the district says Cambridge is already feeling the impact of anticipated reduced revenues. The City Council is set to see an accounting Monday.

“The whole exercise is to winnow down … and figure out how we’re going to spend our resources,” said Spinner, but the Extended Learning Time program could continue in less expensive ways.

The grant enables the two schools to offer an eight-hour day, four days a week, to provide students with additional learning time.

Fletcher-Maynard provides Spanish classes for all students, Kodaly music classes and double recess, and in 2015 achieved Level 1 status  from the state Department of Education for its success in closing the achievement gap, according to its website. The state has since stopped using that ranking system, and in 2019, the last year results are available, placed it in the 36th percentile, deemed as making “moderate progress toward targets.”

Schools participating in the grant must add at least 300 hours to their schedule than is offered by the average school in their district. Schools use the additional time for increased instructional and enrichment opportunities, and for staff professional development. Funding can be applied to salaries, stipends, contracts, instructional materials and other expenses.

This post was updated May 15, 2020, to add context about the Fletcher-Maynard Academy’s academic performance.