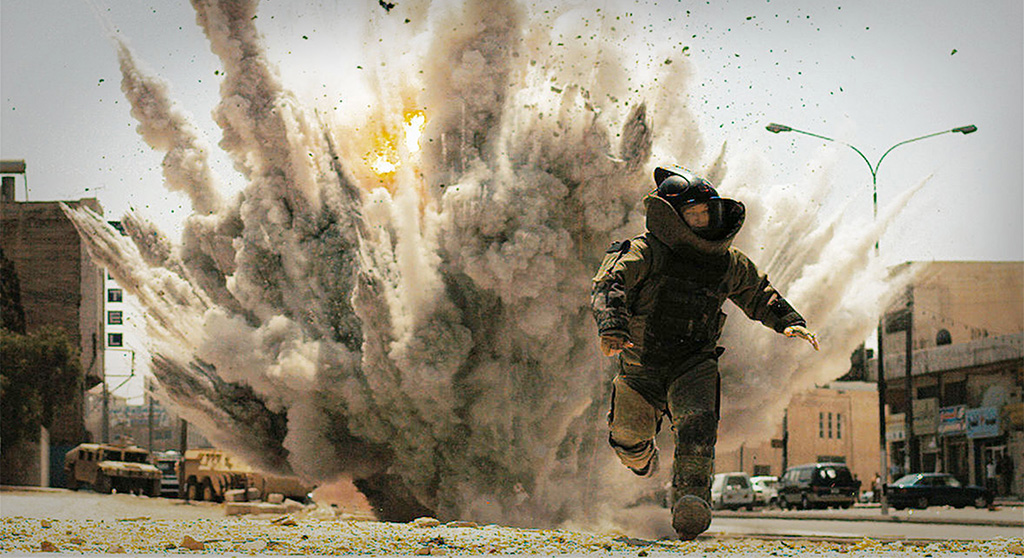 As you’re still hunkered down because of coronavirus and perhaps seeking ways to commentate U.S. soldiers for Memorial Day, below are three films you can stream. There’s plenty (“The Dirty Dozen,” “The Longest Day,” “Saving Private Ryan” to name a few) that fill the bill of honoring those who served and sacrificed for the United States in war; here’s a standout handful of the classic and the new.

George C. Scott spent considerable time researching the role of the legendary World War II general, and made his own legacy when he refused to accept the Academy Award for Best Actor on the principal that he was not in competition with, or any better than, any other performer. Scott in the role either becomes Patton wholly or recasts the general in his own image as a swaggering hawk obsessed with the art of war, destiny and legacy. When learning in the wake of a successful African campaign that he might not be a part of the European conquest against Hiller, Patton erupts in typical fashion: “The last great opportunity of a lifetime and I’m left out of it? God will not allow it to happen.” It’s emblematic of a man and an actor bigger than the screen they occupy, the former a lifelong soldier with a deep respect for the chain of command, bowed only by orders from above. Directed by Franklin J. Schaffner (“Planet of the Apes”), “Patton” would win seven Academy Awards, even at a time antiwar sentiment in the United States was high due to the Vietnam War. A young Francis Ford Coppola was one of the screenwriters on the film, and you can’t help but think some of that Patton bravado made its way into Robert Duvall’s Kilgore in “Apocalypse Now” (1979): “I love the smell of napalm in the morning.”

As a journalist who embedded with U.S. forces during the Iraq War, screenwriter Mark Boal gained a unique perspective into the ordeal of those serving in the chaotic conflict. The film’s original POV comes through that a bomb squad tech with ice water in his veins (Jeremy Renner) as he navigates through intriguing terrains, from a shootout with snipers in the desert to the claustrophobic streets of urban settlements, with danger lurking behind every door and rooftop. Renner’s portrayal of a man affected deeply by war earned him an Oscar nod, and rightly so. It’s not your typical war movie – it’s not steeped in heroics, but grit and realism, making it feel relevant to where we are today. The film won the Oscar for Best Picture and Kathryn Bigelow (“Near Dark,” “Detroit”) would notch history as the first woman to win one for directing.

Most certainly the biggest-budget film Sam Fuller ever made. The filmmaker, best known for B-ish noirs such as “Pickup on South Street” (1953) and “The Naked Kiss” (1964) let alone his pre-“Jaws” (not so good) thriller with Burt Reynolds, “Shark!” (1969), crafted this World War II epic from his memories of serving during World War II. The action follows an infantry squad (the Big Red One, whose motto is “No Mission Too Difficult. No Sacrifice Too Great”) on missions in Northern Africa and Southern Europe. The incredible cast, headed by Lee Marvin as the squad leader, includes Mark Hamill and Robert Carradine as men under his command. It’s a brutally earnest and insightful take on war and righteousness that calls to mind Norman Mailer’s “The Naked and the Dead” and Coppola’s “Apocalypse Now.”