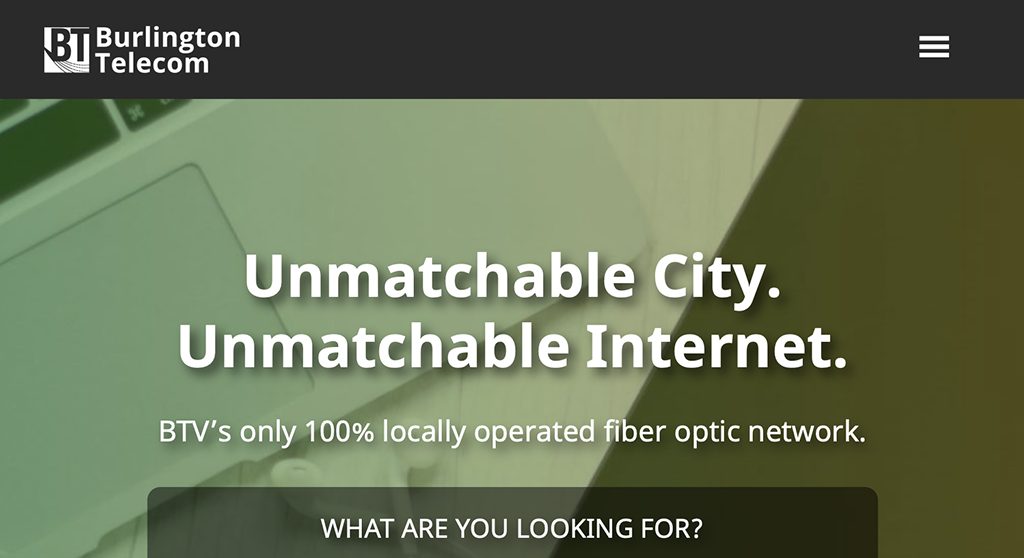 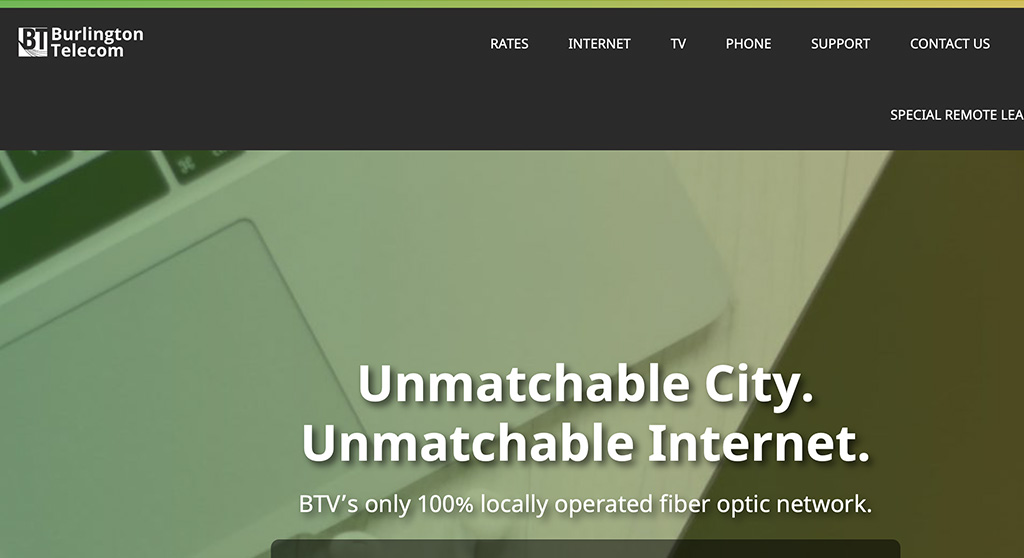 Burlington Telecom, cited by an Internet industry organization as a failure, provide low-cost broadband to residents in Vermont.

In his letter (“Failures of city-owned Internet elsewhere show municipal broadband won’t work in Cambridge,” June 5), Tim Wilkerson – whose New England Cable and Telecommunications Association is chaired by Comcast – writes an astounding letter suggesting that if we just leave Comcast alone, everything would be just fine. Because, he says, the system is working.

The examples Wilkerson cites as failures of municipal broadband are more than a decade old, and the lessons learned are incorporated in every municipal broadband proposal. What Wilkerson doesn’t mention is that Burlington Telecom, one of his purported failures, is now financially successful and, in response to the coronavirus pandemic, is offering free 25Mbps symmetric Internet along with Wi-Fi, all without an onerous application or eligibility process. For Cambridge, the Manager’s Broadband Task Force, Upgrade Cambridge and the City Council have all called for a detailed financial analysis – a feasibility study – to avoid the rosy estimates that caused Burlington’s early problems. The most surprising example Wilkerson cites is Google, whose shareholders would be stunned to learn that the company was building city-owned networks.

Wilkerson also uses the straw man argument of public/private partnerships.  A municipal broadband system in Cambridge would be a public/private partnership. Cambridge is not going to hire municipal employees to string fiber; it will contract with private companies. And while some believe the city should create a Department of Broadband to operate the system, I believe we should hire a private company to operate it, constrained by contract terms to remain net neutral, respect privacy and have a rate structure that provides broadband regardless of the ability to pay.

When industry says “public/private partnership” it, of course, means something else: an arrangement in which the risks are socialized and the profits privatized. This brings us to the Massachusetts Broadband Institute. This is a curious example to point to because, in part, the MBI is funding municipal broadband systems that Wilkerson says are doomed to fail. He doesn’t want any attention on those towns. Instead, he’s applauding the examples where the state is subsidizing some of the most profitable companies in the United States to acquire customers, all in the name of equity. While these companies go on paying dividends and buying back their own stock, taxpayer money is being used to build out broadband infrastructure that will be owned by and generate profit for the company, not the public. It’s a nice racket to create a problem via exploitive pricing structures then get the rest of us to pay you to fix a problem of your own making. That’s the sort of public/private partnership Wilkerson wants us to pursue.

Before you say “Cambridge won’t do that,” understand that it already is. We’re paying for hotspots for students. Others, recognizing that to be an unsustainable solution, are using Cambridge resources to sign people up for Comcast’s terrible Internet Essentials program. That’s what a decadeslong policy vacuum has left us with: a choice between leaving our neighbors unconnected or supporting a monopoly that is rightly despised by most of its customers.While good for Comcast, it’s hardly the best Cambridge can do. After all, if Mr. Wilkerson is to believed, even a “failed” city-owned system is doing better.