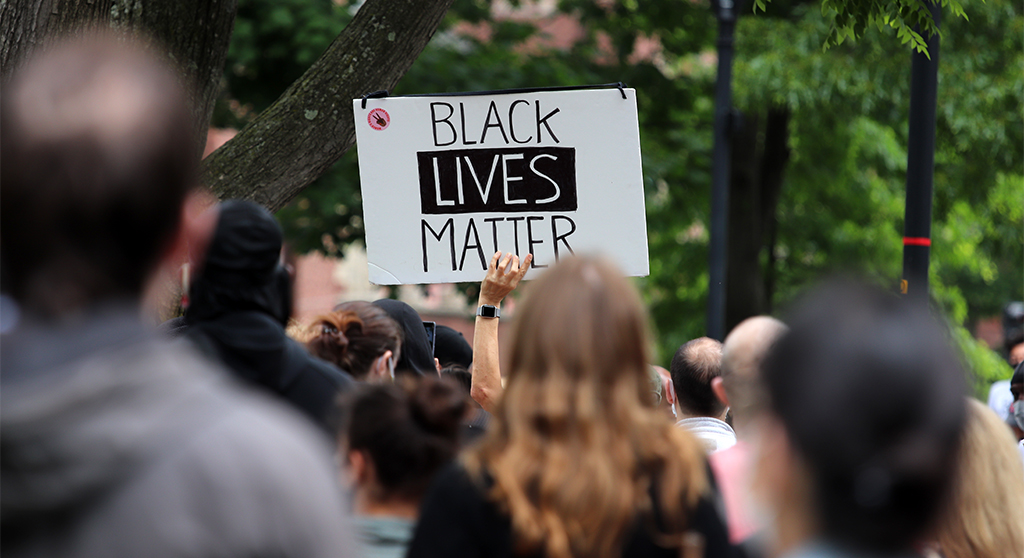 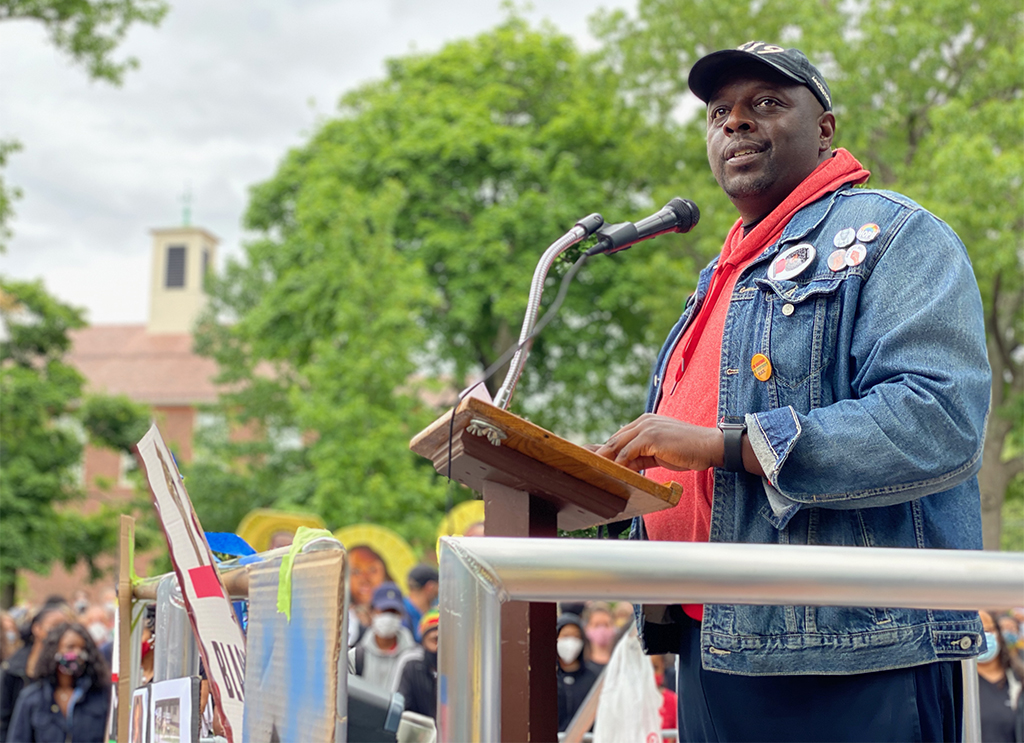 The My Brother’s Keeper Task Force has a follow-up this weekend to the 3,500-person protest it ran last weekend: A “Party with a Purpose” set for noon to 2 p.m. Sunday on Cambridge Common – including music from DJ Vyper, but with the goal of registering people to vote and encouraging participation in the U.S. Census.

“Since we got all these great faces here – same time, same place next week, we got to do a voter registration drive,” said Tony Clark, executive director of My Brother’s Keeper in Cambridge, ending his remarks toward the end of the rally that took place Sunday.

The rally will stick to health guidelines such as maintaining 6 feet of distancing and all participants being required to wear a mask, Clark said. Those who register to vote or bring a friend to register to vote will have the chance to win a door prize.

A North Cambridge Democrats group called Stand Out Against Racism also continues its efforts for racial justice this weekend, with two of its public “stand outs”: from 10 a.m. to noon Saturday in Central Square; and from 11 a.m. to 12:30 p.m. Sunday in Porter Square. 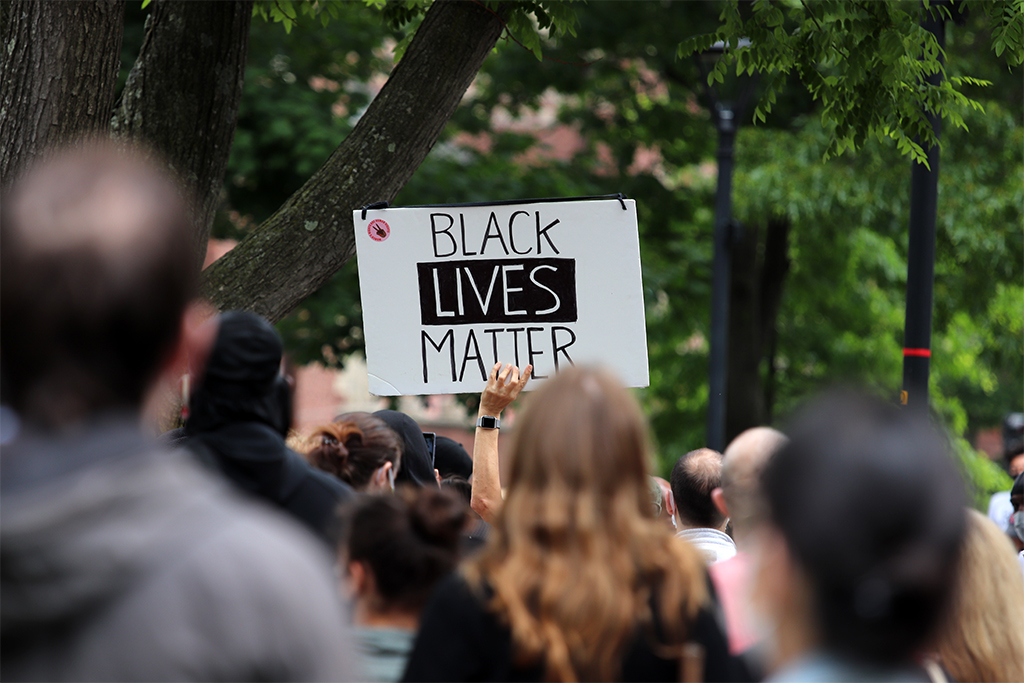 A protest sign emerges from above the crowd at Sunday’s rally. (Photo: Tim Plenk)