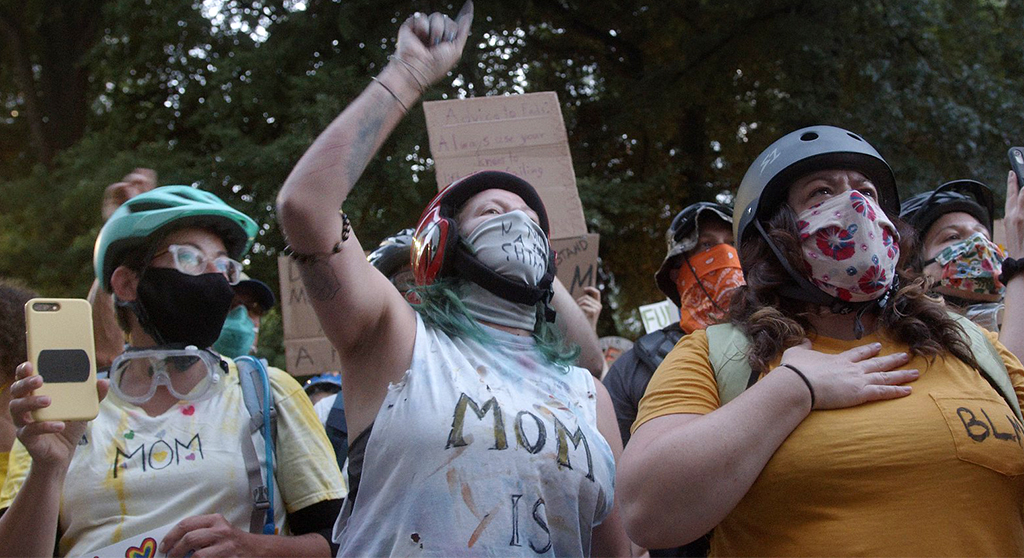 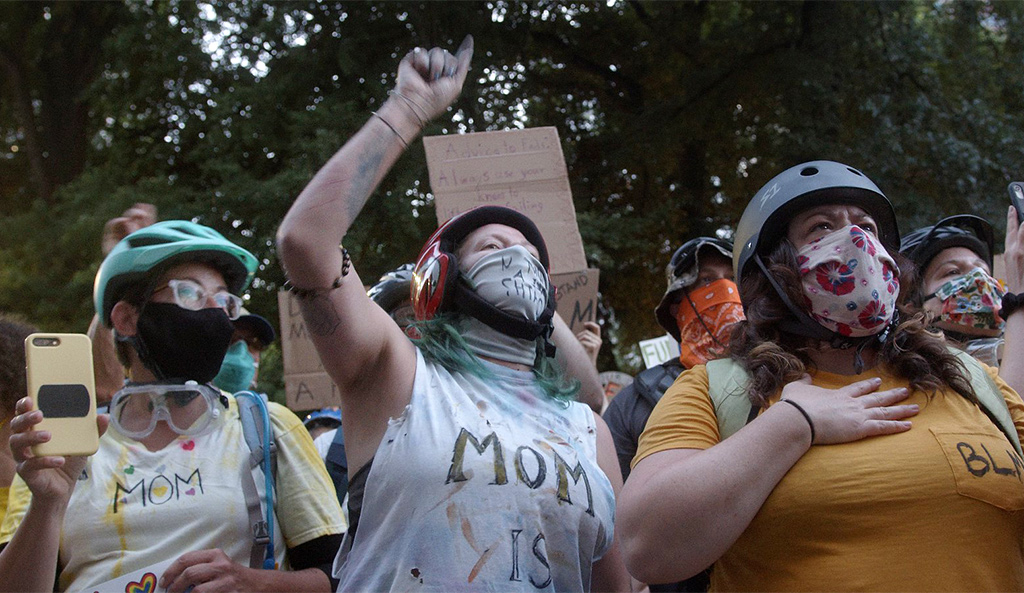 Several white Americans have asked me: Is this a movement, this civil unrest Americans are seeing across the country – protests against anti-Black violence and police brutality, demands for systemic change? Or is it a moment likely to die out in a couple of months?

It depends on how you choose to become involved, and how well you can listen as an ally.

Recent demonstrations by some white women in Portland, Oregon – hypothetically done in the name of protesting for racial justice – have made clear that they are not listening or collaborating with their Black women neighbors.

For example, Portland’s “Wall of Moms” was initially thought to be an act of allyship, responding to the George Floyd protests. Its actual goal, however, was to get federal officers out of the city. The chant said it all: “Feds stay clear, moms are here!” and “Feds go home!”

Now, these moms have been called out by Black community leaders of Portland for assisting in diverting attention away from the Black Lives Matter movement. The president of the Portland National Association for the Advancement of Colored People, E.D. Mondainé, denounced their involvement and that of other white protesters in a Washington Post op-ed that called it “a white spectacle.”

Wall of Moms is accused of excluding Black moms, showing disregard for the safety of Black protesters, and co-opting the Black Lives Matter movement protest for its own agenda – like a Wall of Moms member filing out forms to become a 501(c)(3) nonprofit.

Let’s also remember the viral images of “Naked Athena,” an unclothed white woman and performance activist who won accolades for flashing federal officers as a brave and bold ally of the cause. That her demonstration won such applause is another example of cooption.

“There was a very deep feminine place in myself that felt provoked,” said Naked Athena, who goes by the name Jen, on the podcast “Unrefined Sophisticates.” “I’m notoriously naked. I just have been that way for several years now and there’s not anywhere that you can’t find me naked … I’m a sex worker and my nakedness is political. It’s my expression.”

Both Wall of Moms and Naked Athena contested criticism, saying they had good intentions. “I want us to remember why we’re here,” said Lakayana Drury, executive director of Word is Bond, a Portland-based nonprofit, NBC News reported. “What’s happening downtown is not a Black issue.”

John Lewis’ essay “Together, You Can Redeem the Soul of Our Nation,” which he requested to be published in The New York Times on the occasion of his funeral, stated, “Democracy is not a state. It is an act, and each generation must do its part to help build what we called the Beloved Community, a nation and world society at peace with itself.”

To improve our democracy, we need to first listen to one another.

The Rev. Martin Luther King Jr. made that request decades ago. King’s 1967 speech, “The Other America,” at Stanford University said, “A riot is the language of the unheard.” During the summer of 1967, when 159 race riots erupted across the country King asked in the speech: “What is it that America has failed to hear?”

The Wall of Moms and Naked Athena failed to hear what their local NAACP and Black Lives Matter movement requested of them as allies. But with the cacophony of voices and continued violence in the streets of America, we all, in various ways, are missing the vital importance of listening.

Floyd’s death was an inflection point for many Americans, and many more people are now listening. Nevertheless, listening to one another across our differences and perceived well-intentions is difficult because it requires being non-defensive, hearing without judgment, taking notice and responsibility of one’s actions and acting toward the requested change.

In my opinion, there are five levels of listening.

Ignored listening makes no effort to listen. Pretend listening feigns listening. Selective listening hears only what serves one’s own agenda, as the Wall of Moms and Naked Athena did. Empathic listening hears with both one’s heart and mind to understand a person’s feelings and struggles.

What King preached about in depicting the Beloved Community, and what Lewis wrote about in his final essay – “a nation and world society at peace with itself” – requires compassionate listening.

From a theological perspective, I understand compassion to be rooted in a praxis of action and an ethic of social justice. In other words, it is a type of consciousness and an “awokeness” to other’s distress – emotionally, personally and systemically – with a desire to alleviate the suffering. Therefore, compassionate listening is an understanding of the interconnectedness between ourselves and others, and it opens us up to the world, providing an opportunity for radical inclusion.

The Wall of Moms and Naked Athena might have had a better outcome and faster success in getting the federal officers out of the city had they listened and embraced BLM’s intersectional concerns and goals. Federal officers are tied inextricably to systemic anti-Black racism and police violence.

They could have confronted the problem together. But it starts with listening.

The Rev. Irene Monroe is a syndicated religion columnist and cohosts a weekly Monday segment called “All Rev’d Up” on WGBH, a Boston member station of National Public Radio.