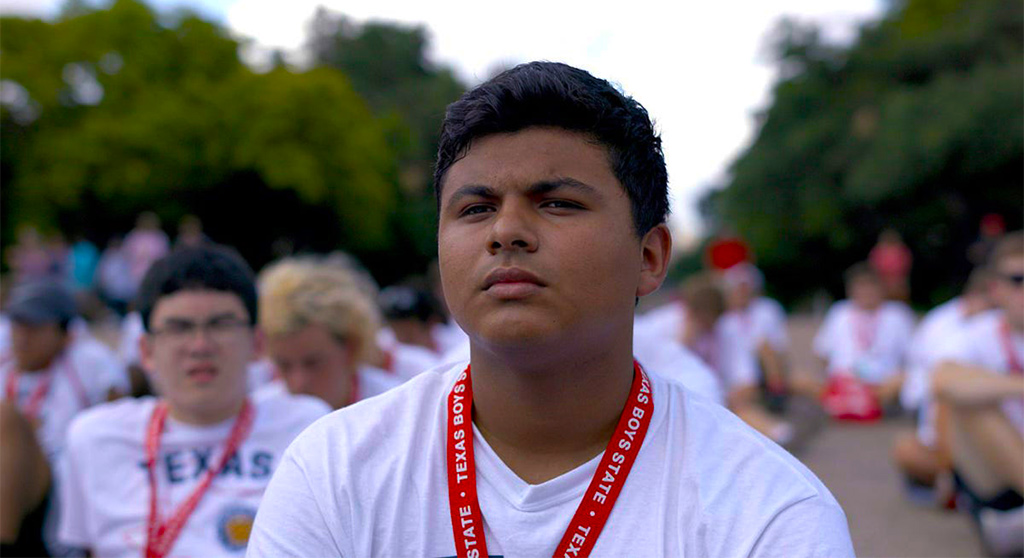 Directors Amanda McBaine and Jesse Moss’ immersion into the Girls and Boys State mock political programs, which have for decades turned out leaders of tomorrow such as Bill Clinton, Ann Richards and Dick Cheney, is both an eye-opener and a reason for pause. For “Boys State” the documentarians embedded in 2018 with the Texas chapter, where 1,100 17-year-olds assemble for a fortnight in the capital, divide into two parties (Nationalist and Federalists), develop platforms and elect a governor – the highest official rank to be reached, and the final act of the educational event sponsored by the American Legion.

Sounds pretty wholesome and promising, right? And it is, on one hand (the passion for politics and democracy, a clear win), but at times the hooting, testosterone-amped crowd of mostly white lads (“I’ve never seen so many white people ever,” one African American attendee reflects) eerily calls to mind the tiki torch marchers in Charlottesville. The agendas too feel skewed to the right – pro-gun, pro-life (“if there’s a rape, we don’t punish the child, we find the rapist and castrate him!”) and “back the blue.” Given the lack of color, it’s refreshing to see a son of undocumented parents rise to run for governor, bolstered by a somber, reflective approach rather than shouted platitudes such as “freedom!” and “a vote for me is a vote for all!” The use of Instagram and other social media is impressive, though it’s often mean, personal and racist. Drinking in “Boys State” instills a sense of hope, and dread. It’s a slice of America if lived on a landlocked “Lord of the Flies” isle, where you know boys will be boys.