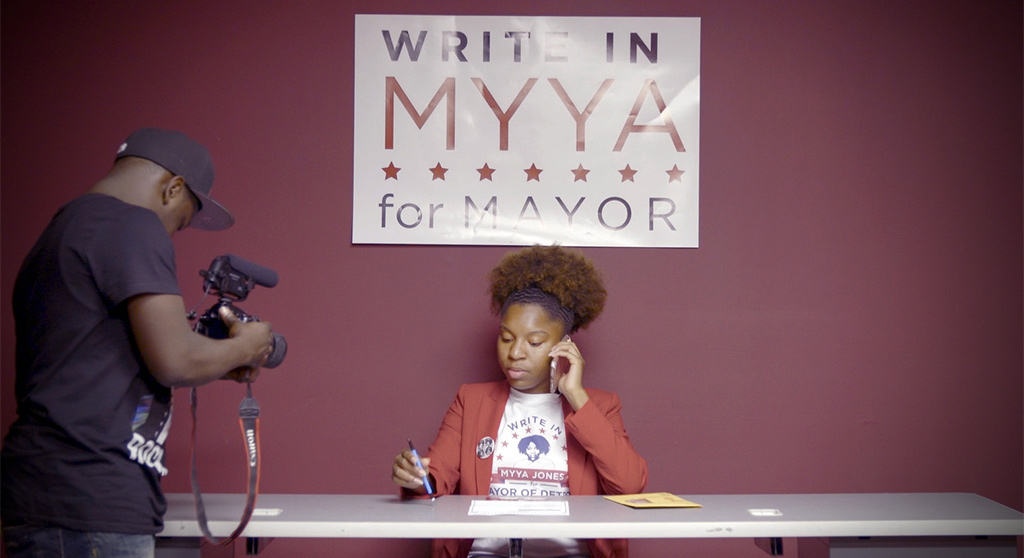 Another politically themed doc this week (along with “Boys State”), “Represent” looks at women running for political office in the Midwest. Under the observance of Hillary Bachelder’s lens, Myya Jones, a 22-year-old, tries to spark a youth movement by running for mayor of Detroit; Bryn Bird, a farmer and working mother in small town Ohio, seeks a township trustee post; while Julie Cho, a Korean immigrant, runs as a Republican candidate for state representative in a liberal Chicago suburb. The timelines aren’t all that linear, but most interesting is Cho, who, ostensibly because she is not a typical GOP candidate (“rich, white male”) is abandoned by the party during her campaign but also takes veiled racial pokes (she’s in an interracial marriage) from the liberal opposition – “Why don’t you go run in the Korean neighborhood?” To which she notes to the camera that only the left gets away with that kind of racism these days. Her idealism to embed and change the party feels like the right quest, but lack of support and the attacks she faces on the trail take their toll. Her frustration and weariness are palpable, and yet she remarkably soldiers on. We catch up with Bird already in office and making policy, some of which is not popular, and in one telling scene she remarks on how one of her jobs affects the other when formerly loyal customers, rankled by her policies and communal decisions, walk by her stand at a farmers market without a hello. What’s remarkable about Bachelder’s doc is the degree of access and trust she gains from her subjects. You could call it “Girls State: The Real World Edition.”

“Represent” shows as part of the the Brattle Theatre’s Virtual Screening Room.