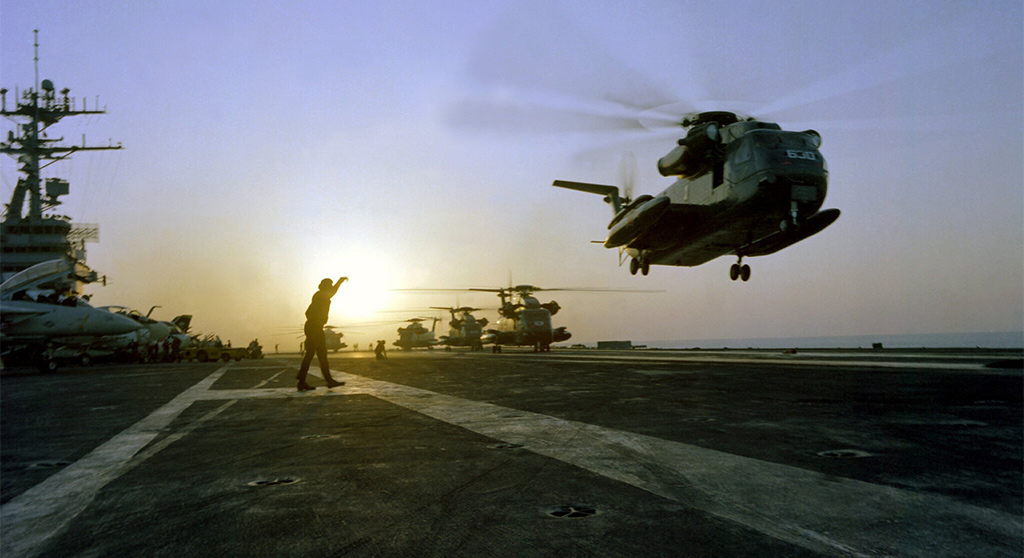 Barbara Kopple’s meticulous dissection of the failed Operation Eagle Claw mission, launched in 1980 to rescue Iranian hostages, serves as a gripping connect-the-dots weave of history, harrowing personal testimony and world-shaping events. Without much judgment the film dials back to the 1950s when Iran was the hot, oil-rich country Western powers jockeyed to get in on. Later the CIA helped topple a brief nationalist government in a coup d’état and reinstall a shah, and Kopple’s doc delivering a montage of him in chummy photo ops with every president from Truman onward. The doc also subtly metes out snippets of the shah’s abysmal, brutal human rights record. Then comes the defining moment of the overthrow, the extreme hatred for America and the takeover of the U.S. embassy – that final event told by several staffers and military personnel who would become hostages, recalling the chaotic mayhem of angry Iranians scaling the gates and storming the building.

The now infamous Iranian hostage crisis would become a 444-day ordeal. That extraction mission – the first Delta Force operation – was green-lit by then President Jimmy Carter, and its failure, as the film has it, was the key to him being swept out of office by Ronald Reagan. Carter and his VP, Walter Mondale, appear in the film, as do several of the commandos who recall the surreal scene in the desert outside of Tehran where several Sikorsky Sea Stallions that couldn’t handle the sandstorms failed, leading to the ultimate decision to abort. The evacuation, for those who don’t recall, would go horribly awry, and eight military personnel would wind up burnt alive. Before that, when the Delta Forces arrived at the remote location, a busload of civilians happened bizarrely upon them in the middle of the night and had to be taken hostage by the commandos. Then several other vehicles arrived; there was confusion, a skirmish and a massive explosion. I don’t want to give aways all the details, but Kopple does a great job of stitching together a thrilling narrative with archival footage, personal accounts from those who were there in the desert (one marine, tough and on point, breaks down on camera; one of those Iranian citizens from the bus recalls his own experience of being held without knowing why) and to re-create the drama in the desert, Kopple smartly opts to use animation much as Ari Folman did with “Waltz with Bashir” (2008) and Randall Christopher did with “The Driver is Red” (2017) – the former about an Israeli incursion into Lebanon and the latter about the hunt for Adolf Eichmann in Argentina. In all three cases, animation creates a provocative abstraction to put you on the scene more viscerally than a dramatic recreation might. It’s a brilliant mix of media forms that seamlessly deepens the global and human context of what transpired. Kopple won Oscars for her first two documentaries, “Harlan County U. S. A.” (1976) and “American Dream” (1990), both depicting labor disputes in middle America. Since then Kopple’s lens has been trained on such diverse and unique topics as Woody Allen and his union with Soon-Yi Previn in “Wild Man Blues” (1997) and the Dixie Chicks’ media battle over statements opposing then President George W. Bush in “Shut Up & Sing” (2006). Kopple’s latest is something new and powerful, not just because of the implied what-ifs, but because of the heroism, sacrifice and personal tales of survival.