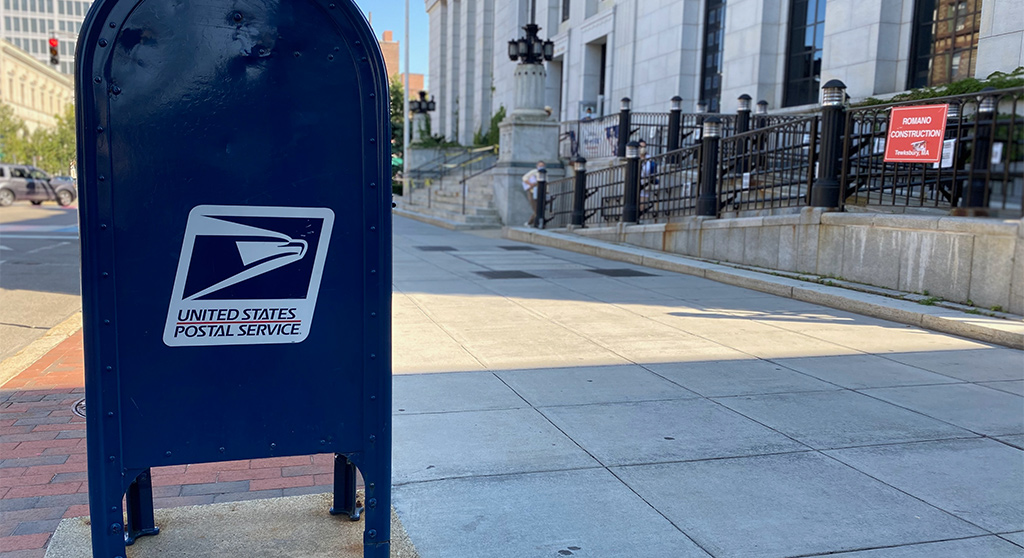 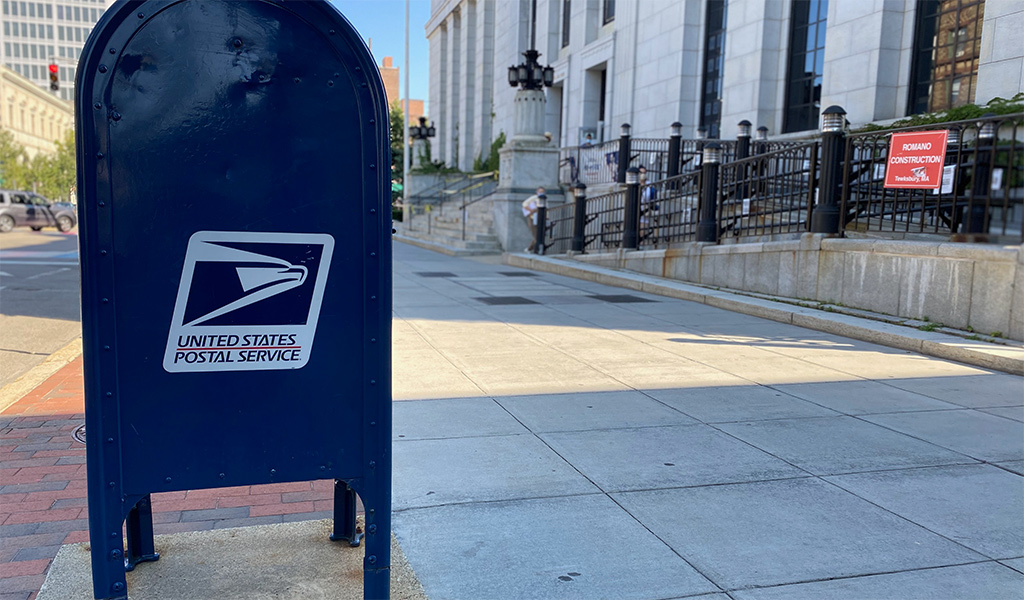 The Central Square post office is identified as the scene of an informational rally set for Sunday. (Photo: Marc Levy)

Alarm that Republicans are trying to obscure results from the upcoming election had inspired two Cambridge actions this weekend, both planned for the Central Square post office – until on Friday afternoon, one disappeared, leaving the next closest such rally in Arlington.

A citizen-led “Stand Up for America’s #USPS” had been set for Saturday at the Clifton Merriman Post Office Building, 770 Massachusetts Ave., organized online as part of a nationwide “Save the Post Office Saturday” Day of Action. There were 41 people interested as of Friday afternoon in attending a Cambridge event organized by someone identified only as Lisa B.; the event disappeared some hours later off the MoveOn.org-related website.

The Saturday rally – of which more than 700 are planned nationwide – is described as explicitly political in a press release, as a call for new postmaster general Louis DeJoy to resign.

The local organizer invited participants by saying, “This Saturday, it will be 72 days until the election. We need our post office to deliver our ballots and so much more – paychecks, birthday cards, medicine, packages. Time is of the essence.”

With that rally seemingly evaporated, the next closest is in Arlington, presumably at the 10 Court St. site, as organizer Rebecca Riccio asks participants to “wear a mask and stand at least 6 feet away from the next person in line as we make a peaceful statement along the sidewalk from the post office toward Massachusetts Avenue.” The event is set for 11 a.m. Saturday.

Separately, an informational rally has been publicized on Twitter – and widely promoted to news agencies and public officials – for employees of the postal service in Cambridge for 9:30 to 11:30 a.m., also at the Central Square post office. “This is not a political rally,” according to the flyer posted online.

The concerns center around cutbacks in postal worker overtime leading to a slowdown in deliveries, worries over mailbox removals seen nationwide (that in some cases, including locally, may have been confused with mailbox replacements) and the removal of sorting equipment – all taking place as coronavirus transmission fears have convinced more voters than ever to vote by mail.

Congress cut short a break to grill DeJoy on Friday, with the postmaster general promising he would freeze his cost-cutting measures until after the election and was “confident” mail-in ballots would make it through the system and be counted.

But U.S. representatives were skeptical, given DeJoy’s failure to provide details, history of large political donations to the Republican party and President Donald Trump. He also has financial conflicts of interest with a U.S. Postal Service contractor called XPO Logistics and as a holder of Amazon stock options that could benefit him if the company’s share price drops.

Meanwhile, the president said last week on the Fox Business Network: “Now, they need that money in order to make the Post Office work, so it can take all of these millions and millions of ballots. If they don’t get those two items, that means you can’t have universal mail-in voting, because they’re not equipped.”

Several people said they had never participated in a protest or rally before, but the issue inspired them, the organizer said. “We lined both sides of Court Street and Mass. Ave. to show our support for postal workers and demand that recent changes that are slowing down mail delivery be addressed,” Riccio said.