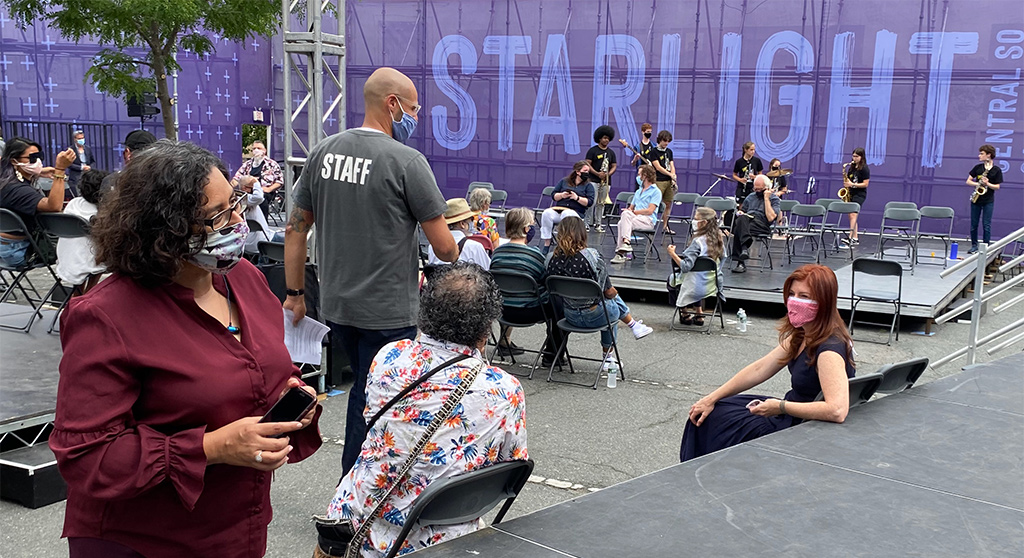 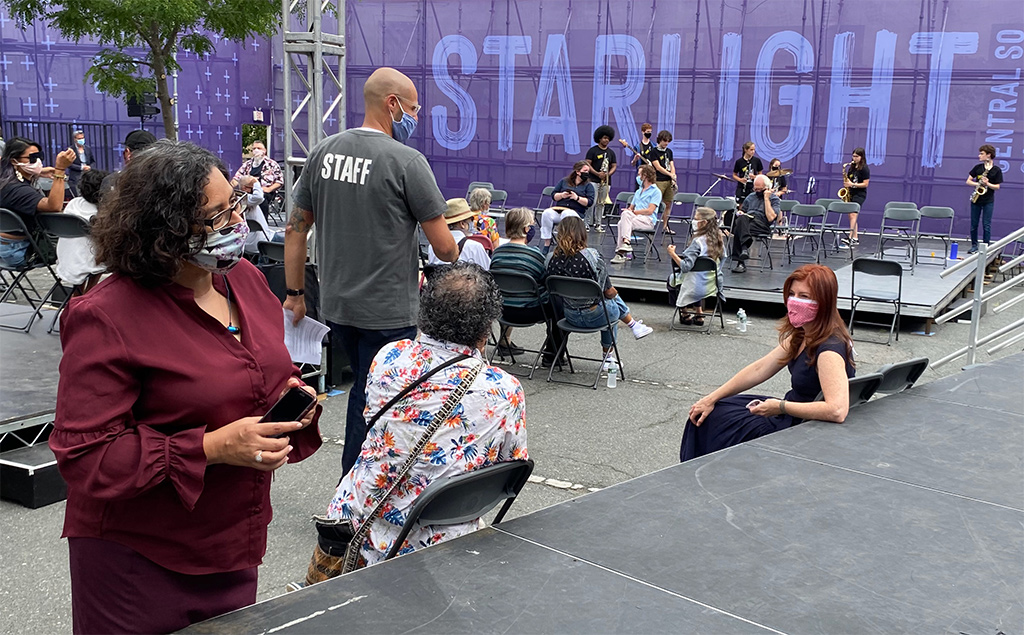 A sense of life-or-death urgency for the city’s arts community brought unanimous approval Monday to opening the Mayor’s Disaster Relief Fund to cultural nonprofits. The vote came seven weeks after the proposal was first made at the council’s July 27 summer meeting, when it was frozen by councillor E. Denise Simmons’ use of her “charter right.”

As the funding came up again for a vote at the first meeting at which it was allowed by council rules, Simmons had a companion proposal that could have delayed funding again – but it was beaten back by vice mayor Alanna Mallon and other councillors.

“I don’t think it’s appropriate to hold our arts institutions hostage to accomplish this other goal,” councillor Quinton Zondervan said, shortly before voting that decided Simmons’ additional proposal and the arts funding.

Simmons stopped the disbursement of funds in July saying only that she had “a few … questions and concerns that probably cannot be answered this evening,” though she did not try asking them or respond to a message left seeking comment on what they were. In a policy order and explanation Monday she made clear that she knew of business people who hadn’t known to seek relief from the fund or how to, and she wanted a renewed opportunity for them with technical help to be set up so they could seek aid at the same time as the arts nonprofits.

The fund was first opened to small businesses in April, though arts nonprofits were excluded then and since.

“My office, and I’m sure some of yours, have been contacted by individuals who are saying, ’I applied but I didn’t get any money’ or ’I didn’t know there was a program’ or ’I didn’t have the technical support to make it work,” Simmons explained. “Right now, the only thing where black and brown people are ahead is in who is getting [Covid-19]. But we’re not ahead in making sure that they have funds. 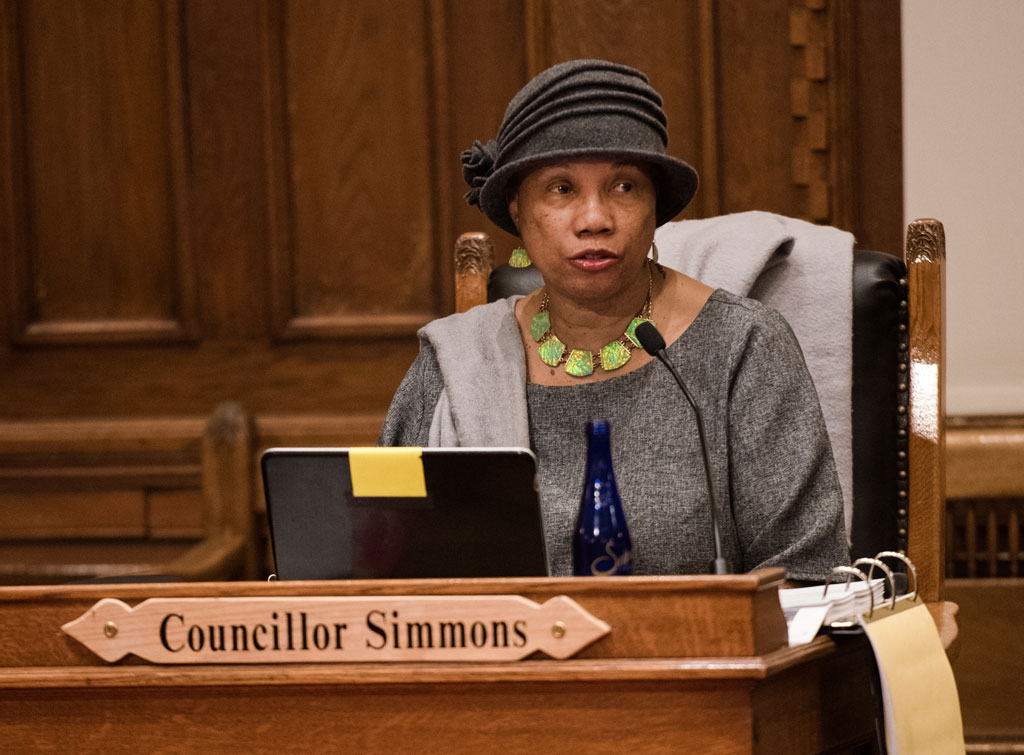 “I supports the arts 100 percent, [but] we’re missing so many people,” Simmons said. “That was clearly the intention of my charter right.”

Other councillors remained focused on having lost seven weeks between meetings during a continued coronavirus shutdown of entertainment facilities and public gatherings, which have cut off revenue streams to city arts and forced some to the brink of permanent closings. “We will lose our art sector if we do not act on this tonight,” Mallon said, noting that one Central Square dance institution had already closed and ImprovBoston comedy club leadership had warned it could close next month. “That’s real. And in the coming weeks, another beloved arts institution will be announcing its closure for several months and possibly beyond.”

Councillor Patty Nolan agreed. “We need to pass this not tonight, but yesterday,” she said. “I’m very disappointed this is now six weeks beyond what it should have been.”

There are many micro-businesses that rely on the city’s arts institutions, Mallon noted. Many of them are self-employed people, from dance instructors to an “intimacy director” who works with performers engaging in sometimes dicey physical contact, and some were among the two dozen speakers during public comment urging passage of the funding. Most germane to Simmons’ concerns, many are people of color or in another kind of minority – the teaching artists at The Dance Complex are 70 percent people of color, LGBTQ or disabled, and the Cambridge Community Foundation has reported that the broader Cambridge arts community is 65 percent people of color, said Mallon, who ran an arts task force in the previous term. “Looking at the numbers, over $1 million of the $1.5 million that was given away [by the mayor’s fund to business] was women- and minority-owned businesses,” Mallon said.

“These two things cannot be happening concurrently, or we will lose our art sector,” Mallon said, referring to Simmons’ order to set up technical assistance before arts funds were disbursed.

A theme sounded several times during the discussion, by speakers and councillors: Arts institutions are built up slowly and hang on tenuously, and once they go away are unlikely to come back. Starlight Square, an initiative by the Central Square Business Improvement District, has provided an open-air stage where dance, comedy and theater can be seen – but is not enough to keep the institutions alive through the coming winter.

A vote to remove the “concurrent” language from Simmons’ order passed 6-3, with Simmons and councilors Marc McGovern and Tim Toomey opposed. Unanimous passage of the amended order and opening of the Mayor’s Disaster Relief Fund followed.

The testimony of artists that came before debate spoke not just to the importance of the arts to the soul, but as an economic engine that feeds Central Square and Cambridge as a whole. People who come to see a show also eat dinner at nearby restaurants, drink at local bars and spend money shopping.

“With an average attendance of 38,000 people annually pre-Covid, we bring people from all over Massachusetts to Central Square. Over 50 percent of our performance attendees visit at least one other business in the square when they arrive for a show. Restaurants are the highest percentage,” said Catherine Carr Kelly, executive director of Central Square Theater, which she said was responsible for “additional spending in the community of $1.3 million per year.” The data were from an arts economy study released in 2017.

Kristie LaSalle, chair of the ImprovBoston board of directors, hit all the notes in her testimony.

“Arts organizations are small businesses [that] house dozens of micro-businesses – many of which are minority owned,” and hers brought more than 125,000 people to Central Square last year, she said. “Almost every single person had dinner before a show, or drinks after. Our performers were the lifeblood of The Field. We’re known by name, and by our off-menu orders at Central Kitchen. We have regular orders at Life Alive, Café Nero, 1369 Coffee House. If arts disappear, the city’s other small businesses will suffer.”

“We were the first businesses to close” because of coronavirus, LaSalle said. “And yet, we’ve been made to wait longer than other small business for help.”