Arts economy is a colossal $175M in Cambridge, but officials identify weaknesses among the data 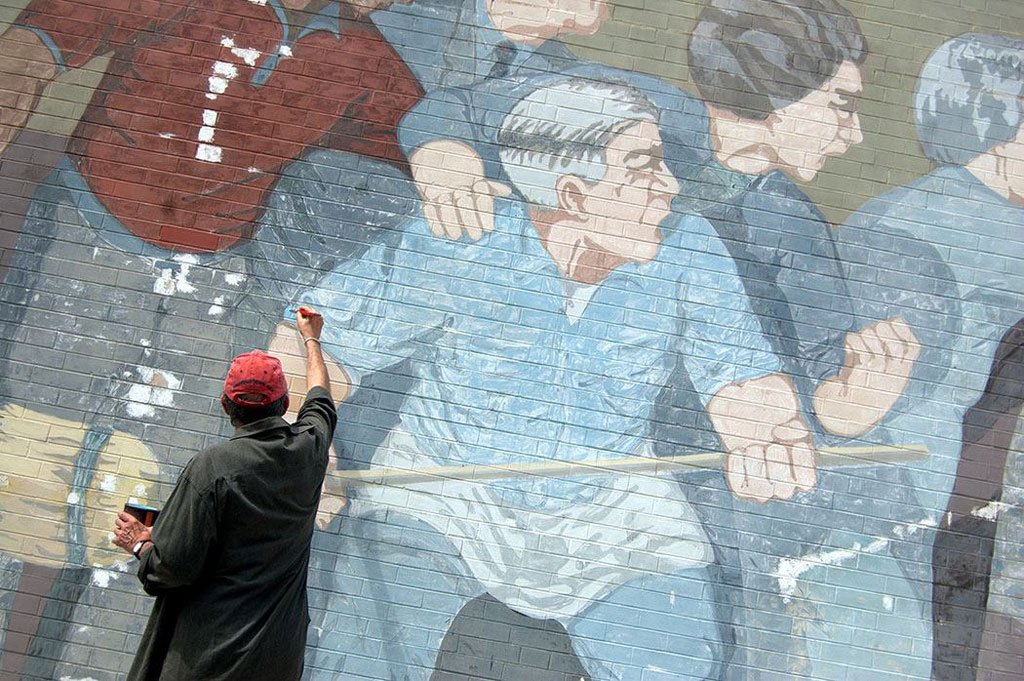 Arts economy is a colossal $175M in Cambridge, but officials identify weaknesses among the data

Arts and culture is a $175 million industry in Cambridge, supporting the equivalent of 6,129 full-time jobs annually, according to a report released over the summer, but it’s not clear how much of this economic activity has slipped away in the past few years or how much is at risk as the city changes.

The figures don’t represent an abstract issue, officials said. The information could have a direct impact on how the city funds arts and gets money to artists of all sorts who may struggle to stay in Cambridge as the costs of housing and office and studio space rise. A debate over helping artists stay housed collapsed last year when it was found divisive, and the City Council was still talking in June about how to enliven city streets with performers when the city insisted on fees and paperwork that are waived by Boston and Somerville.

“Every year we have to make arguments for maintaining funding or growing funding, like all city departments. We need these numbers to show the benefits of our own programs,” said Greg Cook, director of marketing and public relations for the Cambridge Arts Council, which coordinated the city’s involvement in the Americans for the Arts study called Arts & Economic Prosperity 5.

“This report helps us make the argument that investing in the arts in the region and in Cambridge in particular has a benefit,” Cook said.

The report looks at 341 cities, counties, states and the like nationwide for a snapshot of the financial impact of the U.S. nonprofit arts and culture sector. Massachusetts cities that took part held an “Arts Means Business” event on Sept. 25 in Boston to note the findings and urge a return to how the arts were treated here three decades ago, during the Gov. Michael Dukakis era: receiving more money per capita than any other state.

The Massachusetts Cultural Council, which disburses grant money through Cambridge government as well as other cities and towns, estimates that every dollar invested in arts organizations has five times the value when it comes back into the economy, and Massachusetts and New England reap the benefits: The nonprofit arts industry in Massachusetts supports 73,288 jobs and generates $2.2 billion in economic activity, including $880 million from audiences, according to the report, while New England as a whole had 310,000 people in the “creative economy” generating nearly $17 billion a year.

All figures are from 2015, as that was the most recent complete year of financial data available when the Arts Council went out to do field surveys from Cambridge arts organizations last year. (Of approximately 80 arts organizations, 35 were surveyed.) While Cook believed the snapshot of data was “roughly what it’s still like,” the lack of information about changes from years earlier helped inspire Cambridge’s participation in the study. “It’s not something us or other arts organizations analyze all the time. One of the reason we wanted to participate in this study was to get this kind of information,” he said.

The study shows Cambridge’s $175 million annual arts economy towering over the national median, which is $36 million.

That’s a good return in a city where the Arts Council is budgeted for $785,680, a jump from the previous year because of an added staffer. The city also hands out $90,000 in artist grants and sets aside $200,000 to run the Multicultural Arts Center and $60,000 for community events.

“When I first ran for council, I was shocked at how low the arts spending is in a city that used to be, but no longer is, a world capital for the arts,” said Nadeem Mazen, the city councillor most associated with arts leadership. “And when I saw this data, I realized [there’s] an enormous amount of dynamism in our arts economy, whether government is leading it or not. There’s a lot of people pouring their heart into it, just not a proportional government interest in fostering it.”

It’s also not having the right impact, Mazen said, because local arts don’t feel accessible to everyone.

“The arts economy seems strong on paper, but that doesn’t translate into a palpable feel in the city. We have this enormous arts economy, but if you surveyed a bunch of people, they would struggle to say that the size of the arts economy is $5 million or $10 million,” he said. “Most people don’t have the arts in their lives to the tune of an arts economy approaching $200 million. You see in the report that it’s not equitably distributed – the upper class and the upper middle class have more arts in their lives, and folks traveling in from out of town who have the money and the interest will access the arts more than some people who are here.” 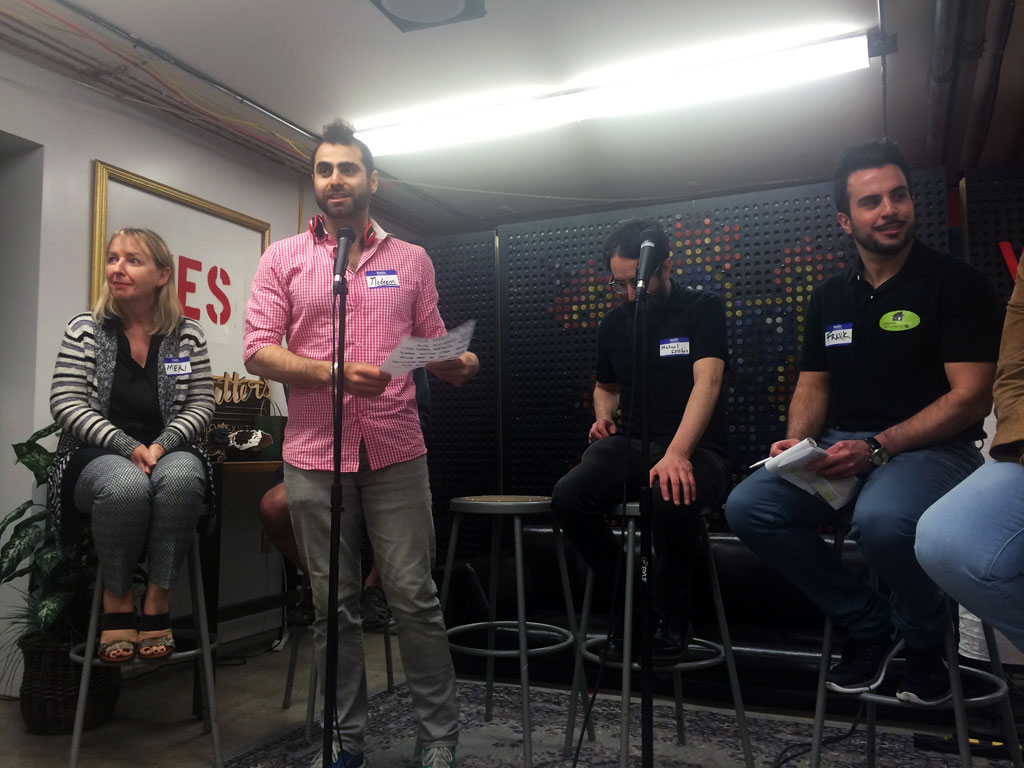 In June 2016, Mazen held a panel discussion over the flight of artists to more affordable communities; a similar summit was held in April 2016 by the Somerville Arts Council. And Art Council Executive Director Jason Weeks said separately at the time that it was known that Cambridge artists have been fleeing for cities where they can afford to live and work. “I don’t think we have to imagine it. It’s incredibly hard for people to live here,” Weeks said.

The risk from losing artists is a less vibrant city that spirals into economic downturn when there’s less reason for people to live there or visit. By surveying people at Cambridge cultural events last year, the Arts Council learned that spending for each of around 1.6 million attendees was around $34 per event – spread among such things as dinner at a restaurant, shopping in nearby stores and paying a babysitter – but that the 52 percent coming in from out of town spent much more than locals, considering the expenses of hotels and parking garages: Nonresident attendees spent an average of 71 percent more per person than local attendees, the study says, or $43 vs. $25. The $55 million spent by everyone attending events in Cambridge once again soars over the national median of $19 million. 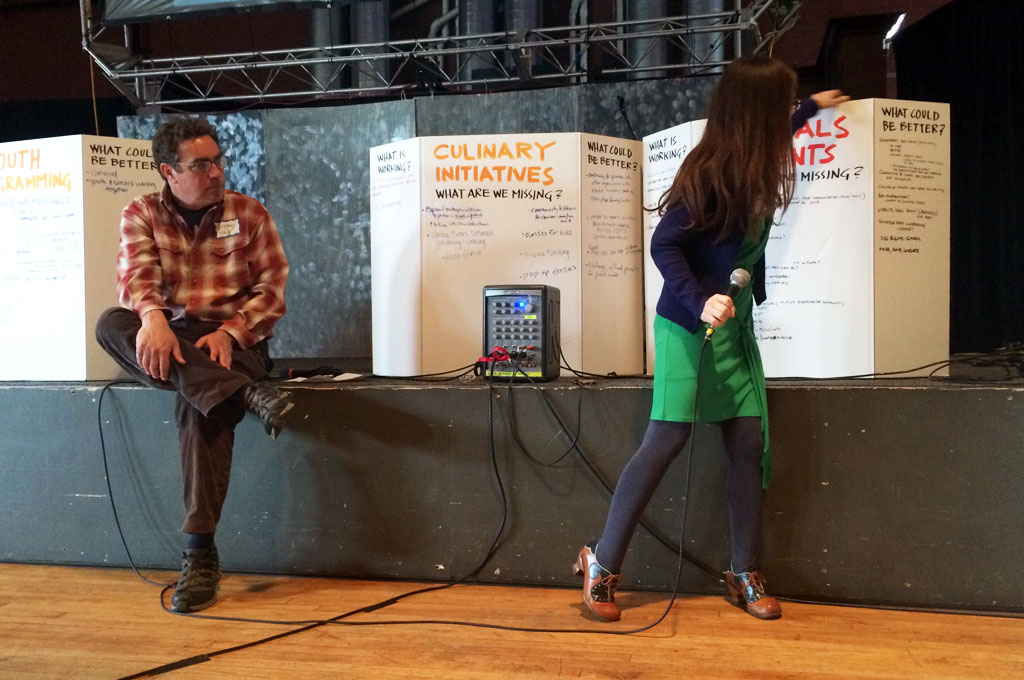 Mazen has opted out a reelection bid for the council to run for the seat of retiring U.S. Rep. Niki Tsongas, but said that in his final three months as councillor he would like to have a conversation about “whether we can take this report as a sign that we need to increase arts funding, and that the benefits will come back to us in terms of tax base, in terms of jobs, in terms of equity.”

“It doesn’t matter if our arts economy is great if only upper-class and upper-middle-class people get to experience it. That’t not what Cambridge is about. And it’s not fair if you have to be wealthy or lucky to start an arts-based business. That’s also a matter of equity,” he said.

Despite that, Mazen suspects increasing municipal arts funding is a conversation that would take years to see through, ending long after he was gone from the council. He has spent years trying to convince Weeks and other city officials to end fees for street performers who leave for neighboring cities where there’s less expense and hassle involved in busking. So far, he’s won an offer to cut a $40 fee in half.

In the debate over arts funding, through, Mazen and Weeks are on the same side.

If successful in arguing that Cambridge arts – which also generate $13.6 million in local and state government revenue, according to the study – deserves more funding, Weeks knows what he would do with it.

“I would want to get that directly to local artists and organizations through the Cambridge Arts Grant Program. The resources that flow through that program directly support the employment of artists,” Weeks said. “I would also make a deeper and more sustained investment in initiatives like the Cambridge Arts Creative Marketplace, which provides professional development and network building for Cambridge artists and connects them to new and broader audiences for exposure and sales of their work.”