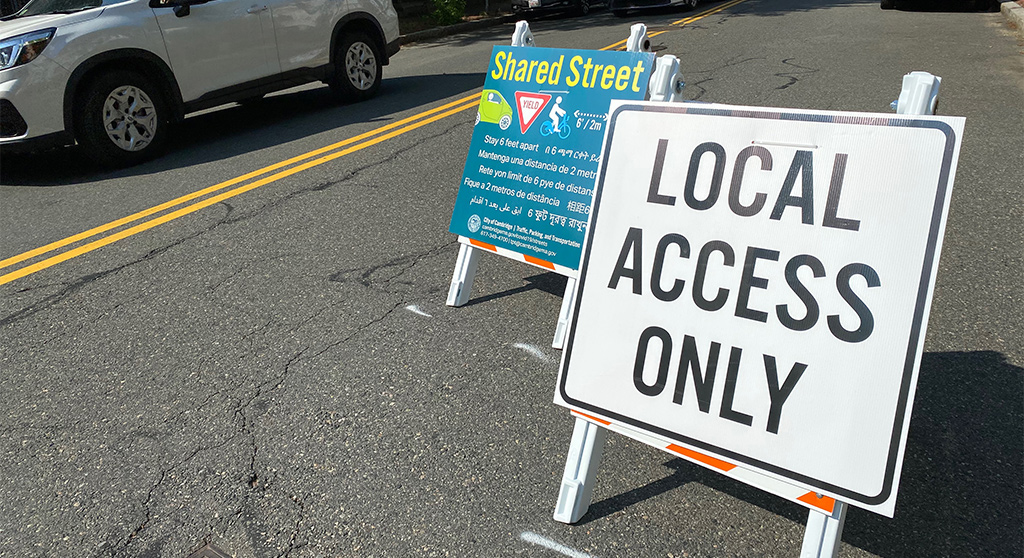 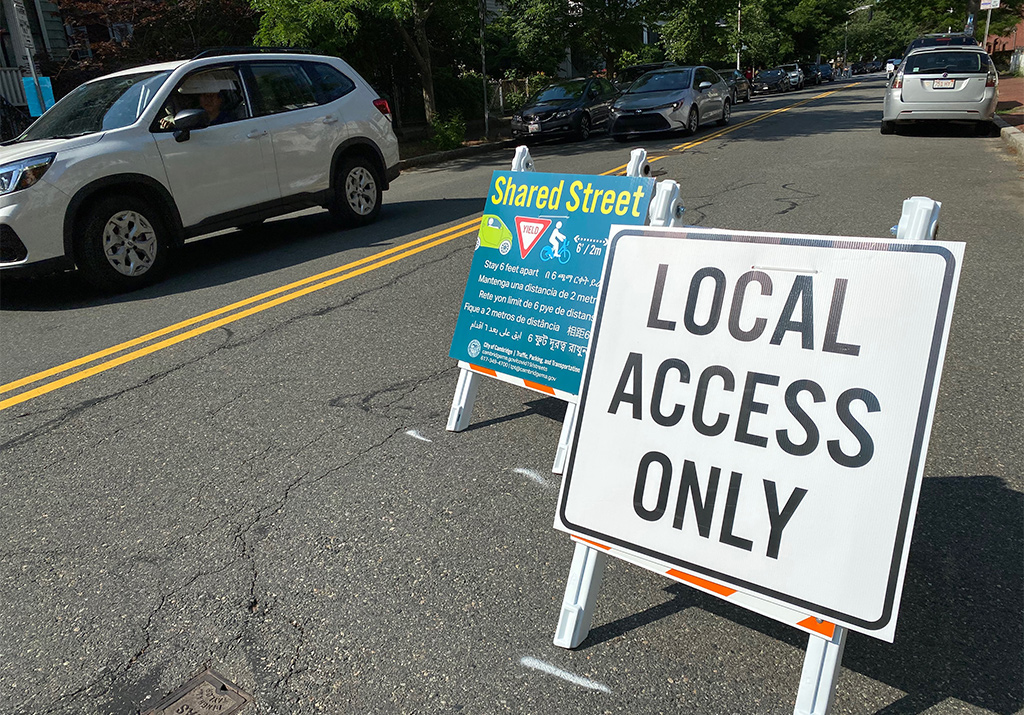 As the number of Covid-19 cases reported among Cambridge residents took an unusually large jump Tuesday, city councillors found fault with city government decisions not to test public school students regularly for the virus when they return to school and not to open more streets to walkers and cyclists. Both policies have been espoused by councillors and resisted by city officials.

After public health department medical director Lisa Dobberteen said students will be tested only if they develop symptoms of the virus in school, citing advice from federal and state agencies, vice mayor Alanna Mallon took issue. “I think for a lot of families [regular testing] would give them a peace of mind in particular [if] they have medically vulnerable folks at home. To know that their student, their child is being tested to not bring anything home,” she said. Calling surveillance testing of students “critical” and pointing out that “our elected body” on the council and School Committee had voted for it, Mallon vowed: “I’m really going to push back on this.”

Councillors Jivan Sobrinho-Wheeler and Quinton Zondervan faulted the city’s decision, disclosed at the meeting Tuesday, not to increase the number of shared streets where cars must share space with walkers and cyclists. Sobrinho-Wheeler questioned Traffic, Parking & Transportation director Joseph Barr’s claim that public sentiment didn’t favor expanding the program. “There were tons of positive comments on which streets should be added” when the city asked for feedback, Sobrinho-Wheeler said. He called the program as implemented so far “basically just signs.”  Zondervan said the decision not to expand it was “profoundly disappointing.”

Sobrinho-Wheeler also questioned why the city had not yet decided whether to extend a ban on evictions past Oct. 17, when the state eviction prohibition ends. “It’s something residents need to know, it’s something folks providing housing assistance need to know – what the situation will be and to provide the guidance about what the city’s eviction moratorium provides that the state moratorium doesn’t provide,” Sobrinho-Wheeler said. “You know, I reached out to the [city] solicitor about this a couple weeks ago and wasn’t able to get an answer.”

He again didn’t get an answer as city solicitor Nancy Glowa said: “I don’t think that that decision has been made yet. So thank you for asking the question and we can look into it and let the council know when we’ve made that decision.”

The presentations and questions came during a special City Council meeting to hear updates on the city’s response to Covid-19. Later, the city announced that the daily case count rose to 1,394 from 1,385, up nine cases.

The number increased by 32 cases during the week ending Tuesday, and 19 cases the week before. Chief Public Health Officer Claude Jacob acknowledged some “small blips” in the case count but focused on the fact that the average case count now is half what it was in April. Jacob called attention to the city’s low percentage of positive tests, less than two-tenths of 1 percent in the most recent state report Sept. 23. Jacob has also pointed out that neighboring communities and other big cities have much higher positivity rates than does Cambridge.

That may not be a good measure when Cambridge’s two largest universities, Harvard and the Massachusetts Institute of Technology, are conducting thousands of tests a day, collecting samples from students and on-campus staff as often as three times a week. Harvard T.H. Chan School of Public Health epidemiology professor William Hanage, also co-chair of the committee of experts advising Cambridge city government, said using the positivity rate to compare different communities in that situation “is not a reasonable thing to do.”

The huge number of tests in a community such as Cambridge, resulting in lower positivity rates, is a “crude metric for transmission” and could also mask a real increase, Hanage said. That’s particularly true when a community is “directing tests at a bunch of comparatively well-off people who are unlikely to be sick,” he said.

Hanage spoke to reporters at a virtual press conference held by the Harvard school. “People are aware of [the problem],” he said, without indicating whether he was referring to the Cambridge advisory panel. “We’re working on it.” Cambridge Day has asked the city health department about the problem but received no response.

At the council meeting, Zondervan pointed out that cases among people in their 20s are rising faster than infections in any other age group, a similar pattern nationwide. And overall, new cases averaged three a day at the beginning of June and are now at 3.5 cases a day, he said.

The pattern “leads me to question some of our policies,” Zondervan said. He and other councillors took pains to praise the city’s comparatively low transmission rate, but he noted that comparing Cambridge to other Massachusetts communities was “a low bar.” Zondervan called on the city to consider measures such as distributing test kits that allow people to collect samples themselves, at home. His wife, who works at Harvard, is getting tested that way, he said. At MIT, there was work on developing a “contact tracing app,” Zondervan said.

“Obviously, we’re not going to require people to use an app. But we could encourage it, we can promote it. So what are some real innovations that we can put in place here in Cambridge to start driving down case loads instead of allowing them to just slowly go up and up and up?” Zondervan asked.

Jacob said at-home testing options and other measures are under discussion with the panel of experts. City officials said Tuesday that minutes of the group’s weekly meetings would be made public, weeks after councillors asked for them, but did not say how. The minutes couldn’t be found on the city’s website when this story was filed; when the Law Department was called Wednesday, the initial answer was that a public records request must be filed to see them.

After a long hold time on hold, it was learned that the expert panel’s agendas and meeting notes were already online and could be found by scrolling to the very bottom of the city’s Public Health page.

In addition, a call Wednesday to the City Manager’s Office clarified whether stricter mask rules described as going into effect at “midnight Oct. 2” meant they were in effect as of Friday or Saturday. The answer: The more relaxed rules end at 11:59 p.m. Thursday.