‘A Rainy Day in New York’: Woody Allen’s latest, if you’re willing to see it, makes it into theaters 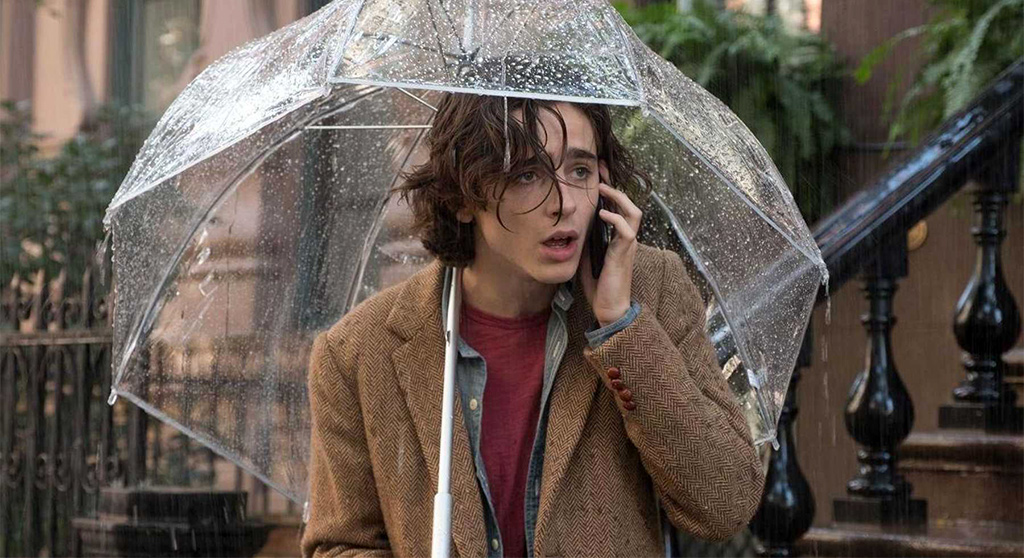 ‘A Rainy Day in New York’: Woody Allen’s latest, if you’re willing to see it, makes it into theaters

This may be going out on a limb, but can it be that one crisis covers for another? I mean, would Woody Allen’s “A Rainy Day in New York ” find a release if there wasn’t Covid, theaters were fully open and the ire of the #MeToo moment was still the poker-hot social issue? I wonder. Back in 2019, when #MeToo brought renewed focus on charges of sexual misconduct against Allen from his daughter Dylan Farrow, Amazon dropped the film and many of its stars – Jude Law, Timothée Chalamet and Elle Fanning – distanced themselves from the project and the director.

Allen, whose filmmaking career has spanned seven decades and employed some of the biggest thespian talents (Joaquin Phoenix, Javier Bardem, Cate Blanchett) and given rise to others (Diane Keaton, Meryl Streep), has had more recent misses (“Wonder Wheel, ” “Irrational Man,” “Magic in the Moonlight”) than hits (“Cafe Society ” and “Blue Jasmine”). Given his run in the ’70s and ’80s churning out comedy classics such as “Annie Hall ” (1977), “Sleeper” (1973) and “Hannah and Her Sisters ” (1986), one has to wonder if the tabloid controversies haven’t taken their toll on Allen’s artistry.

The good news is, that after much ado (Allen had sued Amazon over the non-release) “A Rainy Day in New York ” is something of a solid-effort uptick. Nothing new or earth-shattering, mind you, just a nice revisit to the Allen universe where characters collide in a comically (dark) cloistered and privileged environment. “Rainy Day” is similar in atmosphere and scope to “Cafe Society.”

Allen’s alter-ego this time is a lad by the name of Gatsby Welles (Chalamet), something of a college-aged Holden Caulfield. He’s well-off, already flopped out of an Ivy League institution, simmering with discontent and adorned with an attractive arm piece named Ashleigh (Elle Fanning) who seems less interested in Gatsby than in celebrity. (Allen made a similarly named film in 1998 with Leonardo DiCaprio and Kenneth Branagh that not enough people lent their eyes to.) Gatsby also has a bit of a complicated relationship with his highbrow mother (Cherry Jones, biting deep into the juicy part). Much of what propels the film, besides the imposing event of the title that pushes players together – i.e., through a shared cab ride with someone you’d rather avoid – is the love triangle that develops when Gatsby runs into Chan (Selena Gomez), the younger sister of a girl he used to date and whose trickle-down tales of that former romance pin Gatsby in the 4-6 range for things such as romantic attentiveness and kissing.

The overly ambitious and greener pasture-looking Ashleigh remains in the dark, or uncaring, as she’s just scored a big journalistic scoop interviewing a famous filmmaker (Liev Schreiber) in the throes of late career melancholy. This leads to introductions to a neurotic screenwriter (Law) looking to step out on his wife, whom he thinks is cheating on him with the hot actor du jour (Diego Luna) – think DiCaprio, Clooney or Phoenix.

The windup comes a bit fast, and the revelations come out of left field, but be thankful Jones’ domineering grand dame holds it all together. Chalamet, still hot off his Academy Award turn in “Call Me By Your Name” (2017), feels a bit lost in the traffic here, as he did in “Little Women” (2019). Gatsby is swept along by the action, not driving it. The actor’s boyish good looks play to and against the part, and is best when he’s rocked on his heels either by mum or Gomez’s puckish challenger.

For folks longing for a classic Woody Allen film, this is as about as close to the spot as it’s been in years, maybe even a decade. It’s not close to a classic, but also a film we might not have seen in a wide release if the latest James Bond film, “No Time to Die,” did not get pushed to 2021. Theaters, now closing because of such delays, need quality content, and there’s a dearth of it. (Just look at what’s playing at Kendall Square or in any AMC theater, while Regal Fenway is re-closing). “A Rainy Day in New York ” is not James Bond or “Tenet,” but it is the next best thing for now.