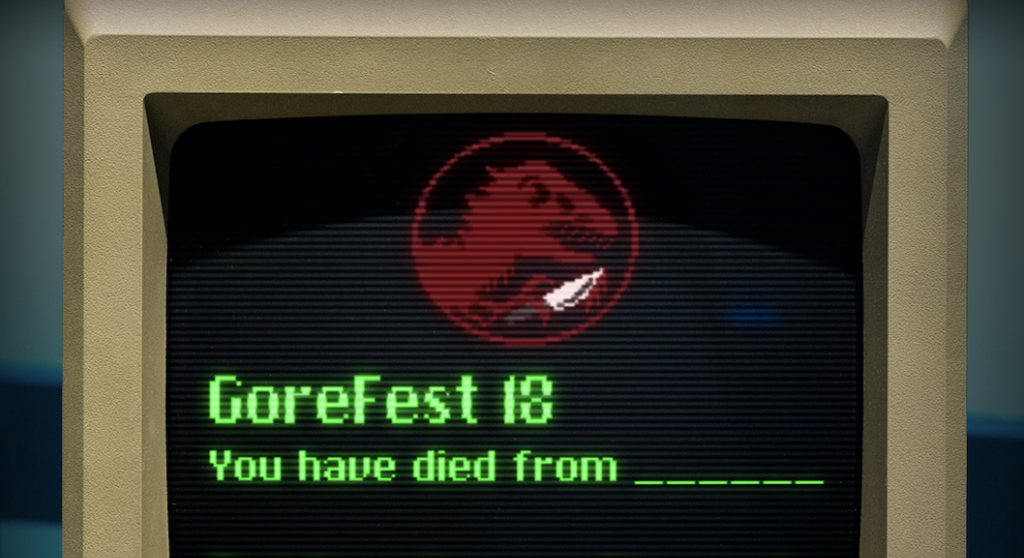 “GoreFest XVII: You Have Died From –” takes ImprovBoston’s Halloween tradition and puts it online.

Halloween is a big deal in Cambridge, but the coronavirus has put the damper on trick-or-treating and outright killed block parties. It also did away with ImprovBoston’s annual “GoreFest” musical tradition to splash around so much fake blood that ponchos are recommended for audience members.

Instead of the 18th annual GoreFest, the comedy club – still closed for at least the remainder of 2020 – created a video game that you can play right now. There’s a $10 suggested donation.

“We felt adrift without this show,” Josh Garneau, managing director of the club, said in an email. “We decided to do something about it – to pivot and bring the show to a new place, in a whole new medium.”

The choose-your-own-adventure, retro-style game goes a bit meta: It’s about navigating the perils of being cast in a GoreFest. It pays tribute to the old educational game “Oregon Trail” and what became its darkly amusing crowdsourced slogan, “You have died of dysentery,” and is called “GoreFest XVII: You Have Died From – An Interactive Graphic Novel.” (But the imaginary GoreFest in the game, set in a world where coronavirus hasn’t canceled everything, is a dinosaur-themed “GoreFest 18: GoreAssic Park.”)

The blood splashes onscreen as players explore the options that might keep them alive to hear more of the new, original music by Kate Hardly, Marissa Farmer, Kenny Gray, Nathan Cowper and Steve Gilbane in a script by Hardly, Bridget Copes and Joe Szafarowicz. (It was programmed by Farmer and Szafarowicz, with art by Copes.)

“The goal of this project was to capture the essence of the previous 17 GoreFests – big characters, contrived plots, over-the-top gore and original music,” said Szafarowicz, director of the game.

Play “GoreFest XVII: You Have Died From – An Interactive Graphic Novel” here.