‘Let Him Go’: The grandparents have concerns, and the weaponry needed to see them through 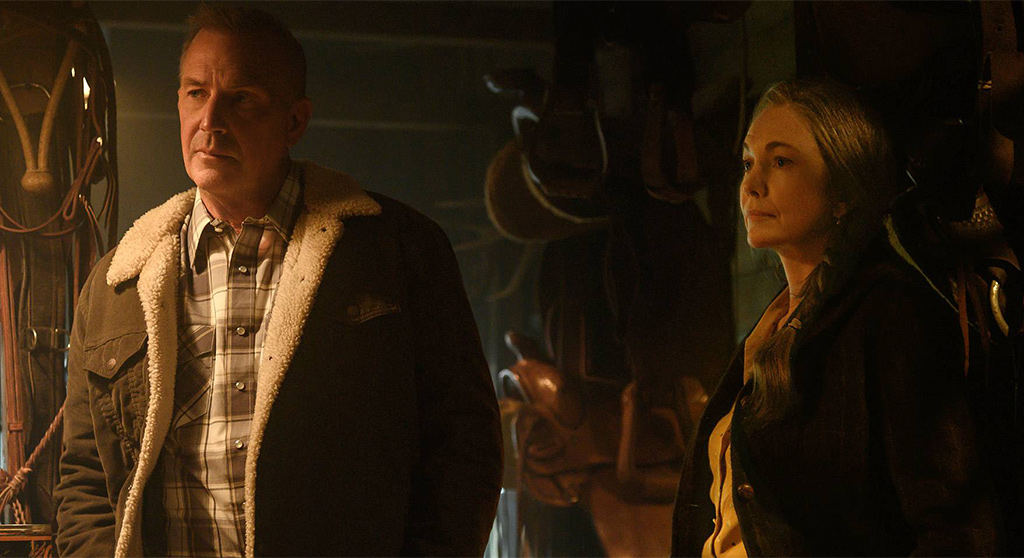 ‘Let Him Go’: The grandparents have concerns, and the weaponry needed to see them through

Writer-director Thomas Bezucha rekindles the essence of a B-noir potboiler with the fast, efficient and lean in execution “Let Him Go,” based on Larry Watson’s novel, which gets a big boost from some knockout performances – in the end, the main reason to see the film.

Those smart castings include Diane Lane and Kevin Costner as Margaret and George Blackledge, salt of the earth souls running a horse farm in 1960s Montana. The actors were paired before as Clark Kent’s earthbound parents in “Man of Steel” (2013), and were about the best thing in Zach Snyder’s Superman reboot. Here they’re just as good, and in good company. Costner’s George is a former lawman, and the golden-age couple live an idyllic existence until their son (Ryan Bruce) dies in an accident, leaving behind his wife Lorna (Kayli Carter) and their infant grandson, Jimmy. Lorna shortly thereafter remarries a handsome outsider named Donnie Weboy (Will Brittain); one day passing through the center of town, Margaret spies the young man slapping Lorna and the boy around. The next day the young couple and child have vanished, leading Margaret to implore George to use his connections to locate their vulnerable grandchild.

All roads lead to North Dakota, where Donnie, Lorna and Jimmy have settled in with the Weboy clan (laugh all you want about the name, this group is no laughing matter) under the iron rule of Blanche (Leslie Manville), a fierce momma grizzly lording over Donnie and his three brothers. “The Big Valley” this is not. Manville, so good and Oscar nominated for her turn in Paul Thomas Anderson’s “Phantom Thread” (2017), is even more malevolent and imposing here. The sideways invite to the Weboy ranch for pork chops and the creepy car ride out there puts Margaret on edge, and eating those chops with Donnie’s hyena-faced brothers (including one played by Jeffrey Donovan, another standout in a small part) is an uncomfortable affair. The Blackledges get to see little Jimmy for only five minutes. Not to give too much away, but tensions escalate, wicked Blanche fosters a call to arms and things get bloody. The local law – clearly Weboy-owned – won’t help, and so Margaret and George, beaten down and outgunned, dig deep to extricate their boy’s boy from an abusive environment. Think of the siege in “Straw Dogs” (1974), with two strong matriarchs going at it. There’s nothing surprising; just same damn fine acting and the fear of god Manville’s Blanche leaves ingrained in the viewer’s mind.