Coronavirus edition, XXXVIII: Monsoons, Fires and from ‘Love and Monsters’ to ‘Ham on Rye’ 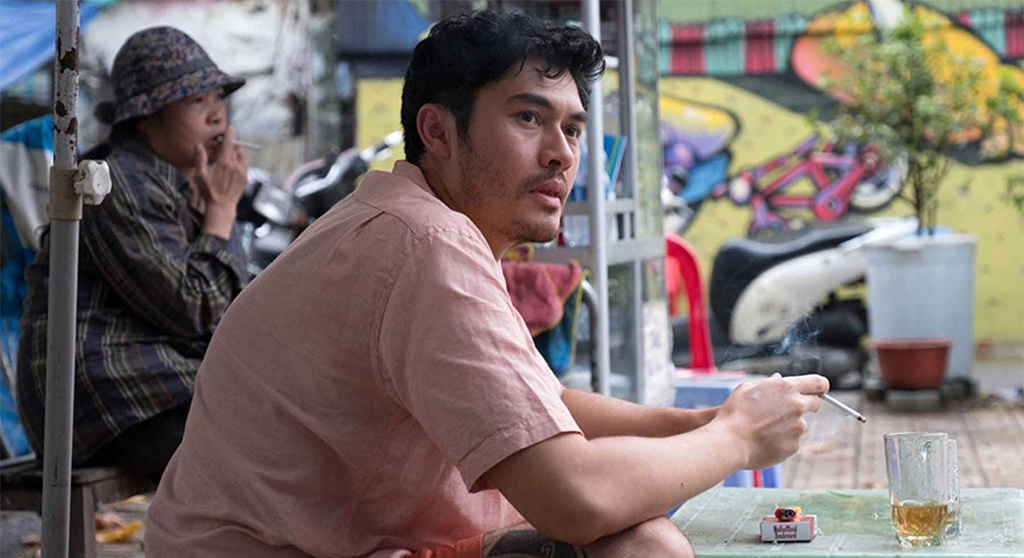 Coronavirus edition, XXXVIII: Monsoons, Fires and from ‘Love and Monsters’ to ‘Ham on Rye’

Get them while they last: Tilda Swinton T-shirts to support the Brattle Theatre, available through Nov. 25.

What’s new? The Neanderthal-esque Croods (Nicolas Cage, Emma Stone, Ryan Reynolds and Catherine Keener) run into the Cro-Magnon-esque Bettermens (Peter Dinklage and Leslie Mann) who besides holding themselves higher up on the evolutionary chain, play the Croods as patsies. Something akin to William Golding’s “The Inheritors” with a shot of mean girls added  makes this prehistoric sequel – an animated alternative to “The Ice Age” series – entertain as much as it feels like a been-done, cave fire stitched cloth. (Tom Meek)

A post-apocalyptic family pleaser (there is such a thing, I promise) in which Earth is swept by external influences that turn bugs, crocodiles, crabs, amphibians and more into human-eating monsters. Nothing too original there, and the CGI-heavy effects go only so far, but we have Dylan O’Brien’s semi-can-do hero seeking his love Jessica Henwick when venturing outside invites the subterranean worst of “Tremors” or “Dune.” Of course human malice and greed remain the most vile of all evils – and even with a Wild West amorality, being branded a “food stealer” remains the lowest of the low. (Tom Meek)

Tyler Taormina’s bold coming-of-age drama is part throwback as well as groundbreaker, and something of an immersion into teen life without a sense of a classic narrative. Comparisons to “Eighth Grade” (2018) and “Dazed and Confused” (1993) are apt, but “Ham on Rye” – the title coming from a deli, not the Bukowski book – is a trippy, hypnotic experience shot in fly-on-the-wall style as we swoop in and out of cars and house parties. The best we anchor on are three girls preparing for a dance (Haley Bodell, Audrey Boos and Gabriella Herrara). As Taormina’s directorial debut makes its final turns, it becomes an ethereal embodiment of the teen spirit. (Tom Meek)

An amazing and wildly ambitious film by 29-year-old Russian director Kantemir Balagov about two women suffering from PTSD as they try to get back to normal in Leningrad after World War II. The city, left in ruins in the wake the war, is emblematic of what ails the two. In a grim opening scene, Iya (Viktoria Miroshnichenko), unusually tall and the obvious object of the title, accidentally suffocates a child in her charge. Being infertile, she enlists friend Masha (Vasilisa Perelygina) as a surrogate, at times waiting outside the car as she couples with random men and at other times forcing her into copulation. Sex is both a weapon and a salvation in the recovering landscape. Shot with an opulent green and red color palette, Kseniya Sereda’s cinematography calls to mind Krzysztof Kieślowski’s great “Tres Colours” trilogy. The leads are superb, and Balagov exhibits a masterful touch beyond his years. (Tom Meek)

Diao Yinan’s “The Wild Goose Lake” strangely casts shadows of Fritz Lang’s remarkable “M” (1931) and Jean-Luc Godard’s “Breathless” (1960). Watching the Wuhan-set Chinese crime noir, you’d think likely think not, but Hu Ge’s small-time gangster Zhou Zenong is wanted by both the cops and a series of rival gangs, and there’s a pixie-ish sex trade worker, Liu Aiai (Lun-mei Gwei), on some sort of vague mission who throws in with Zhou. There’s a lot of ferreting in dark alleys at night that break into skirmishes, and occasionally a battle royale. The innovative and slick cinematography by Dong Jingsong is a reason to see the film in its own right; Yinan’s adroit ebb and flow of violence and plot twists is another, as is Gwei’s alluringly enigmatic tagalong. (Tom Meek)

This beautifully composed offering from Spanish director Oliver Laxe is a compelling, enigmatic watch. Amador (Amador Arias) is just out from serving a two-year prison sentence for supposedly setting a fire that incinerated much of his mountainside community. Returning to his village, Amador resumes a solitary existence tending to his gardens, cows and aging mother. Questions of his guilt or innocence linger, as does the fear of another fire. From start to finish the film is a testament to the preservation and love of nature and natural resources that through arrogant or rash decision – rational, communal or not – can be taken in an instant. The area premiere plays as part of the Brattle Theatre’s Virtual Screening Room. (Tom Meek)

A not so (on paper) shocking revelation about a pig farm in England where hogs live in abysmal conditions. What is shocking is the graphic footage of cannibalism, disfigured carcasses and grotesquely infirm animals that director Tony Wardle captures. The slackly constructed short, narrated by “Game of Thrones” actor Jerome Flynn doesn’t convince as compellingly as, say, “Food Inc.” (2008), but you won’t be able to shake the horrific hidden camera footage. Viewer advisory. (Tom Meek)

Quietly shattering in its ruminations on cultural displacement, “Monsoon” is a stunning portrait of a man in limbo. Kit (Henry Golding) is returning to Ho Chi Minh City for the first time since he was 6, having fled the country with his family in the aftermath of the Vietnam War. Coming to scatter the ashes of his deceased mother, he’s quickly reminded of how little he understands of his birthplace. These reminders come at him from all sides, ranging from old familial acquaintances to tender hookups between him and another lost soul, the American Lewis (Parker Sawyers). Director Hong Khaou (“Lilting”) demonstrates his ability to capture loneliness in great, busy spaces. Golding and Parker create sparks, the hints of their romance adding warmth to a quiet story. The film is happy to observe emptily rather than engage, but all is forgiven due to a thoughtful lead performance and a story that looks to heal old wounds. (Allyson Johnson)

Faye (Sarah French), a former actor who lost her vision in botched laser eye surgery, lives alone in a dreamy modern pad perched in the Hollywood Hills, struggling to move on with her life. A relationship with a mute personal trainer (Tyler Gallant, with a touch of Jason Momoa to him) starts to open things up for Faye, until a masked stranger named Pretty Boy (Jed Rowen) arrives. Pretty Boy has a thing for blind blonde babes, and a protracted stalking methodology. Though his interaction with Faye is creepy and chilling, it’s also unbelievable – why does the killer of the blind need to arrange an elaborate funhouse environment with lights and visual pop when his victims can’t see? It’s to pretentiously chilling effect, I guess, and the open-ended conclusion looks to set up something like a “Human Centipede” series. Nothing new here, just high production values that help ratchet up the effect of Rowens’ Jason-esque performance. (Tom Meek)