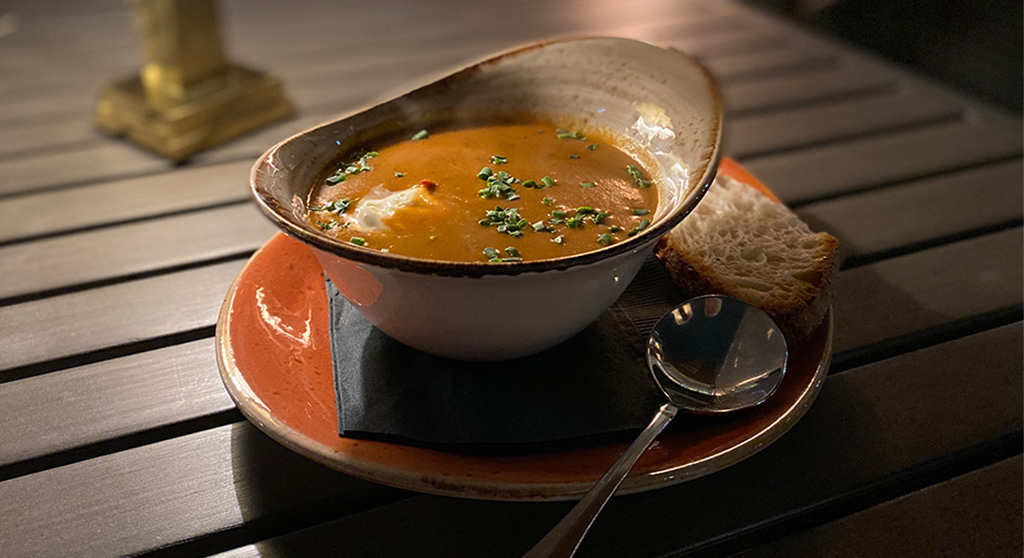 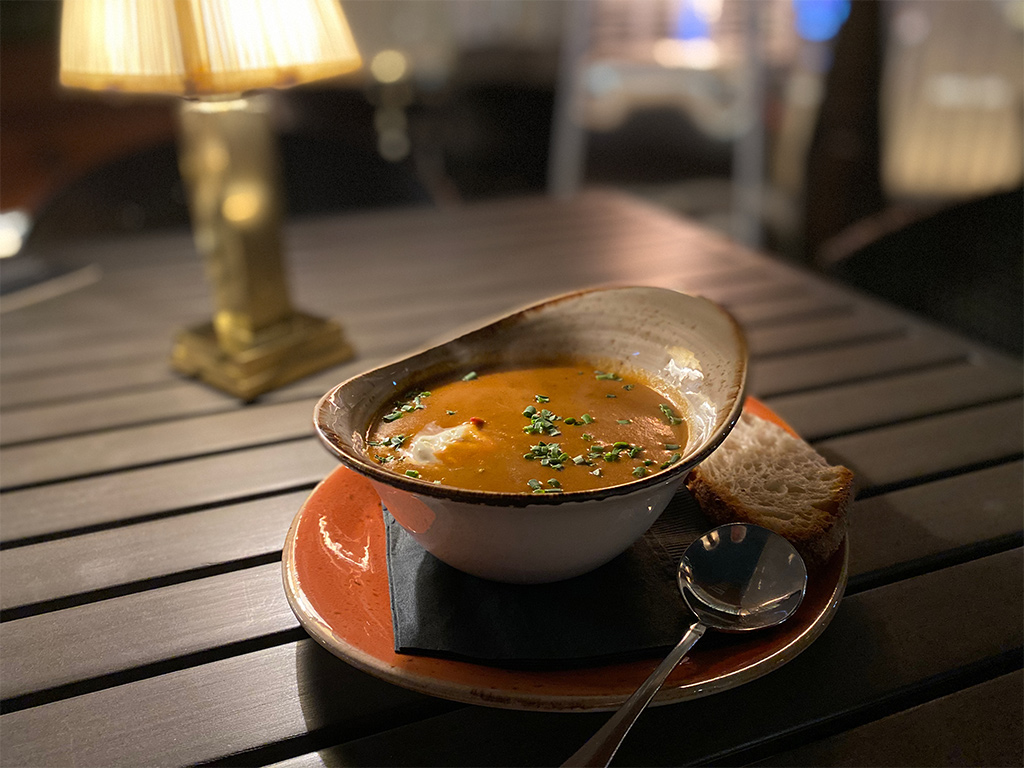 We’re probably all going to be in a turkey tryptophan coma or two this week. For a New England-sanctioned palate cleanser, head to the newly renovated Noir Bar patio at the Charles Hotel for a bowl of lobster bisque. Legal Sea Foods may have left the Charles, and the Summer Shack’s summer/fall popup on its patio is gone – replaced with a Winter Farmers Market shed – but quality seafood remains. This gem is a thoroughly generous and satiating bowl of crustacean goodness. There are plenty of meaty chunks of lobster tail and claw in the bisque, which is lighter and less creamy than most (which also tend to have far less meat), but if you like creamy, do not fear: The Noir way comes with a rich floater of creme fraiche. It’s one of the best lobster bisques I’ve had, and it’s only $7.50 – and I’ll make the point again: It’s a super healthy-sized serving. 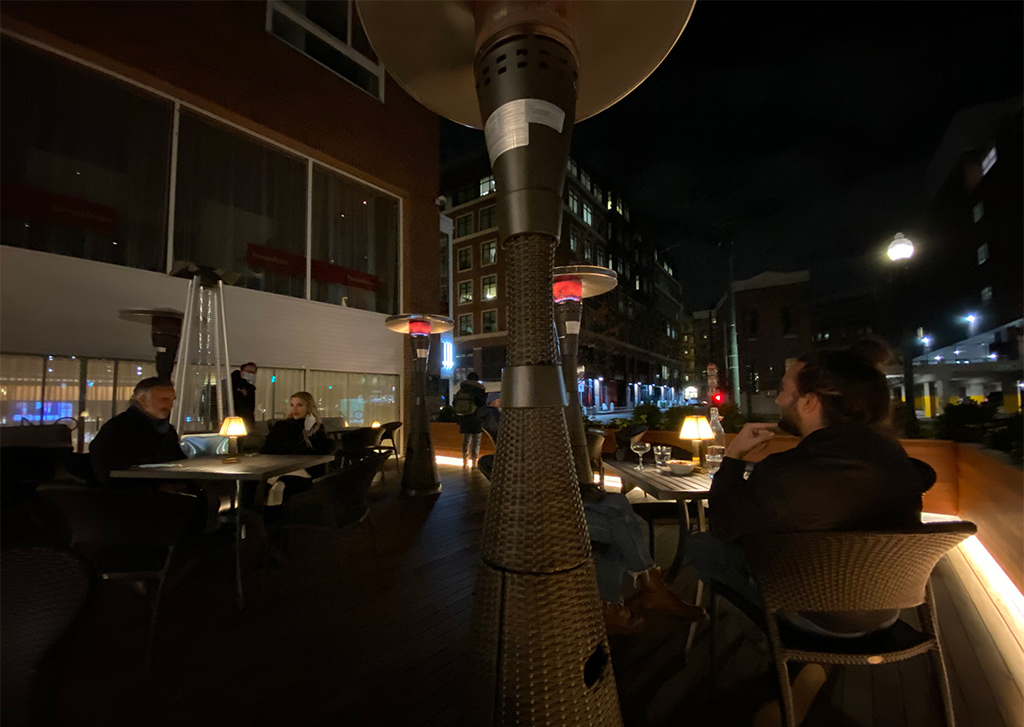 The patio at Noir is well heated for autumn weather. (Photo: Tom Meek)

The flatbreads – veggie is the way to go – are another great choice on a concise menu, and Noir sells oysters for $2 a pop that come out looking like $5 surf jewels, each sitting atop its own wave of sea salt. The French-themed wine slate is a winner too, and on these colder days, might I suggest the 1486 cocktail made with rye whiskey? It should help warm you up from the inside out.

Eating on the patio was quite pleasant, though. I ate there twice – on 40 and 55 degree nights. There are two heat towers and a heat lamp for each table, and I was never cold, whereas other places I’ve dined don’t have as many lamps or enough gas to power them. And Noir does this all in a totally open, untented space, which should allay any covid apprehensions. On the colder of the two nights I noshed, the friendly staff brought out blankets for those that asked for them, the perfect touch for enjoying a hot bowl of lobster bisque.

Noir is open in the evenings, and is a great standby as the Charles-based Benedetto and Henrietta’s Table have dialed back their hours and days.