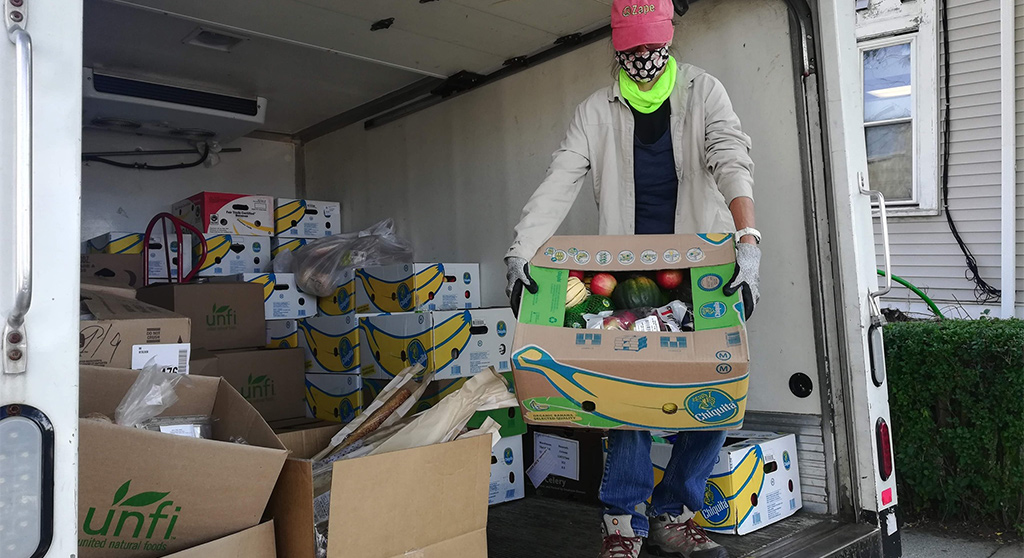 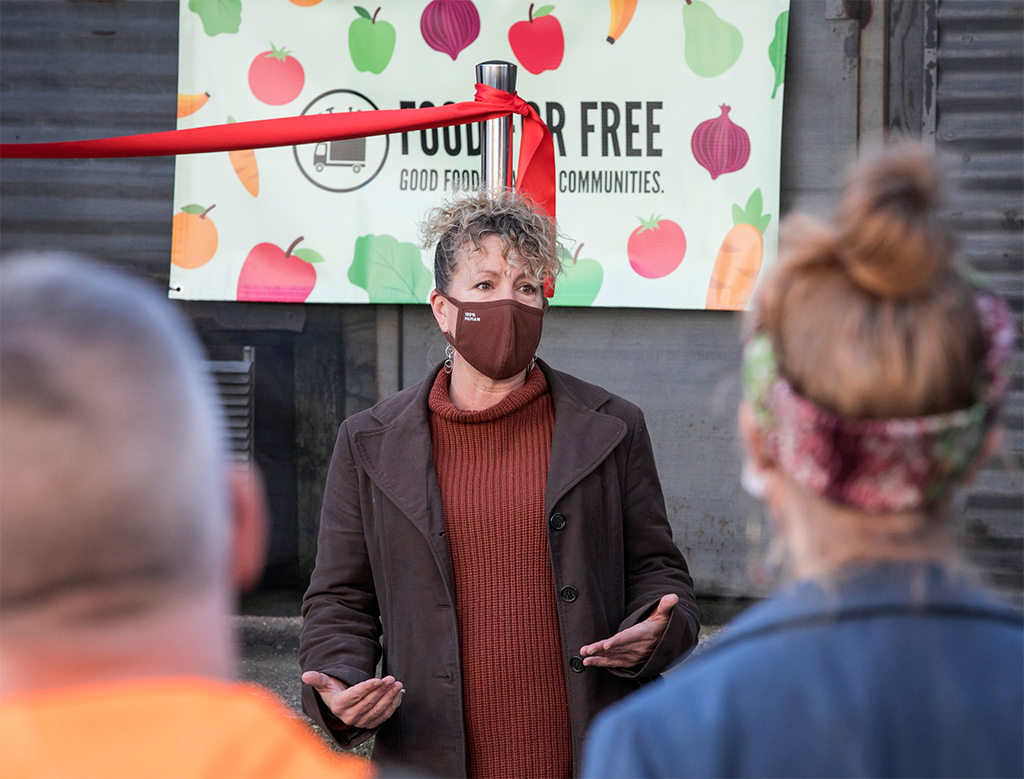 It may have seemed like the growing First Street Corridor had it all with apartments, retail, offices and even a park, but on Friday the ribbon was cut on the use that makes it truly seem like Cambridge: A nonprofit, in the form of a Food For Free distribution center.

The Central Square nonprofit, which provides access to fresh and nutritious food throughout Greater Boston, will run a distribution center for the foreseeable future out of 3,600 square feet at 73 First St. The ribbon was cut in a small, coronavirus-conscious ceremony at 2 p.m.

The space is provided rent free by East Cambridge developer Urban Spaces. It’s unknown how long the space will be needed, Food for Free said Friday.

Food For Free’s work and need for space grew with the pandemic, said Amanda Trombley, the nonprofit’s marketing manager. The City of Cambridge offered a temporary solution in March – the use of space at its Central Square senior center – just as “the demand for food started skyrocketing,” she said. But the space would be needed back in December for a wintertime warming center for the local homeless population. “We knew about this well ahead of time,” Trombley said. “It just took a lot longer to find the [replacement] space than we thought it would.” 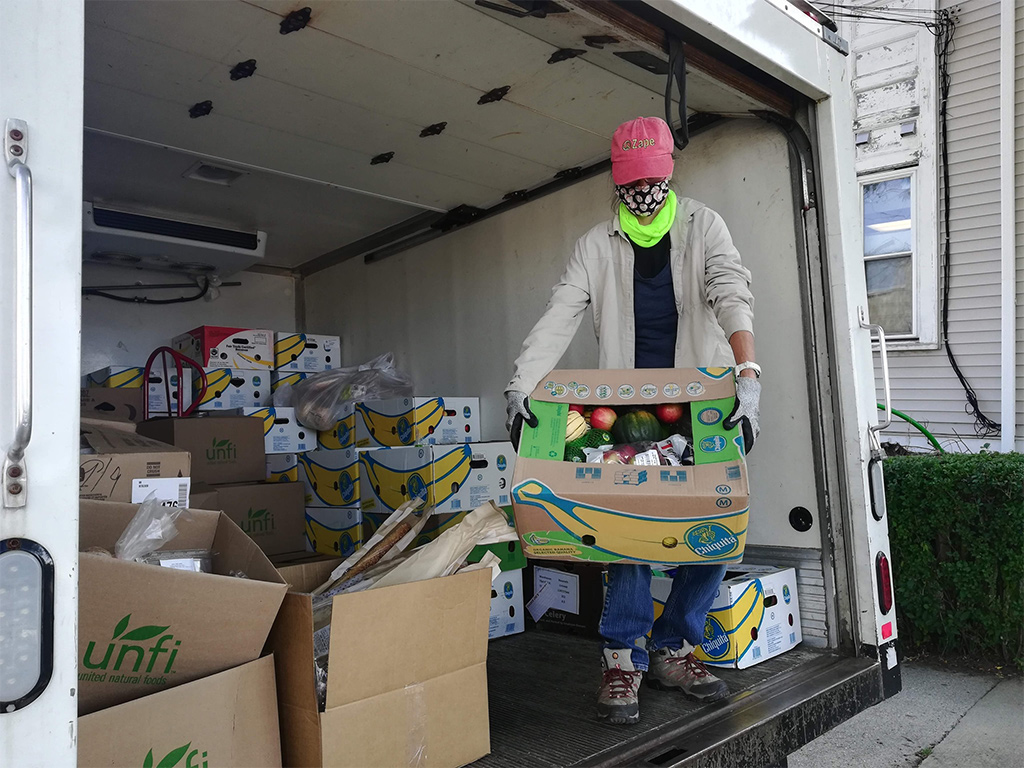 Food For Free’s food rescue coordinator Erica Kenny unloads food in November for the pantry at the Elizabeth Peabody house in Somerville. (Photo: Food For Free via Facebook)

When the East Cambridge Business Association learned of the problem, executive director Jason Alves reached out to his membership to see if anyone could help. Paul Ognibene, chief executive of Urban Spaces, responded quickly, the organizations explained in a press release this week. Ognibene and his team met with Sasha Purpura, Food For Free’s executive director, and “after just a few short meetings” they had forged a partnership for use of the space for free.

The center began use immediately after the ribbon-cutting ceremony, taking food that would otherwise go to waste and distributing it to students, seniors and others in Cambridge most at risk of hunger.

“This has been a challenging year for everyone,” said Sasha Purpura, executive director of Food For Free. “Never in the 40 years since Food For Free’s founding have we had to scale up our programs and operations like we have this year. We are steadily working to fill in the gaps that the pandemic has created in the emergency food system, and thankfully our community has rallied behind us.” 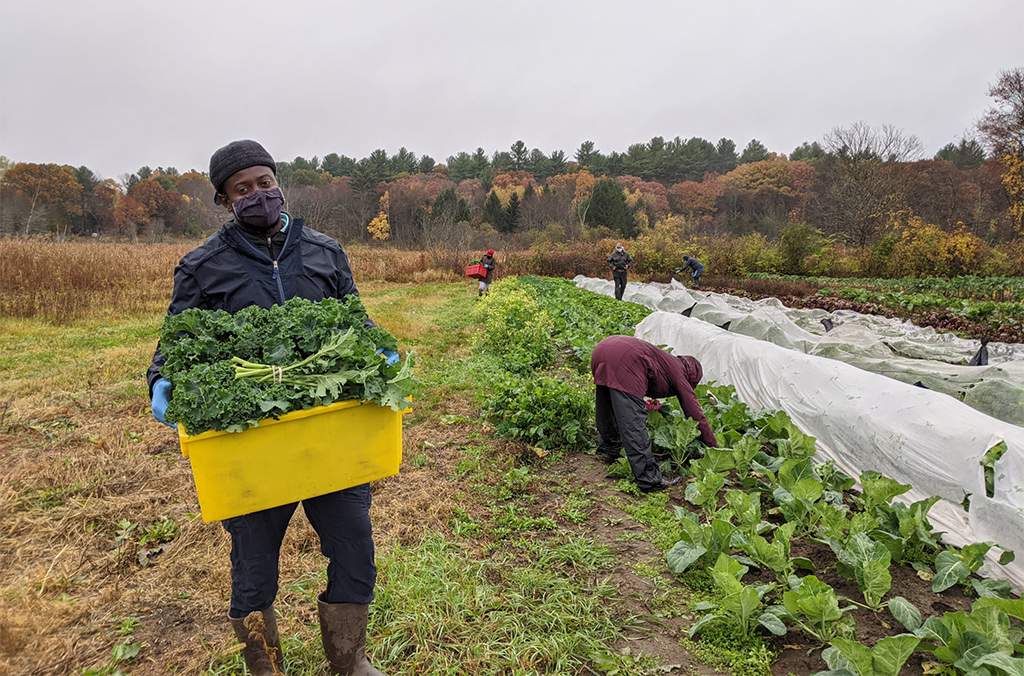 Food For Free farm manager Joshua Fiagbedzi displays some of a kale harvest at Lincoln’s Field of Greens in late October. (Photo: Food For Free via Facebook)

Demand has grown unpredictably. The initial surge of coronavirus brought 1,900 new participants to Food For Free, with 300 volunteers to accommodate them, while food pantries were closed – a branch of the nonprofit “we pretty much created in a matter of days,” Trombley said. When food pantries reopened, demand ebbed slightly and remaining participants were rolled into existing programs, such as a home delivery program for people with health conditions who can’t go to food pantries. That grew to 390 from 160. The student Weekend Backpack Program, meanwhile, grew to around 900 from 600. School markets that couldn’t be operated with Covid-19 restrictions turned into programs run within housing developments, with some food bought outright by the Cambridge Housing Authority.

A food box program launched just Thursday replaces a federal government Farmers to Families program that was awarded recently to a nonprofit in New York. “It’s just become really difficult for local anti-hunger groups like food pantries to access that program, so we’re starting our own” in a pilot with the Boston Area Gleaners, Trombley said.

“At this point, it’s really hard for us to say how many people we’re serving, just because the programs have just been evolving at such a rapid clip,” she said.