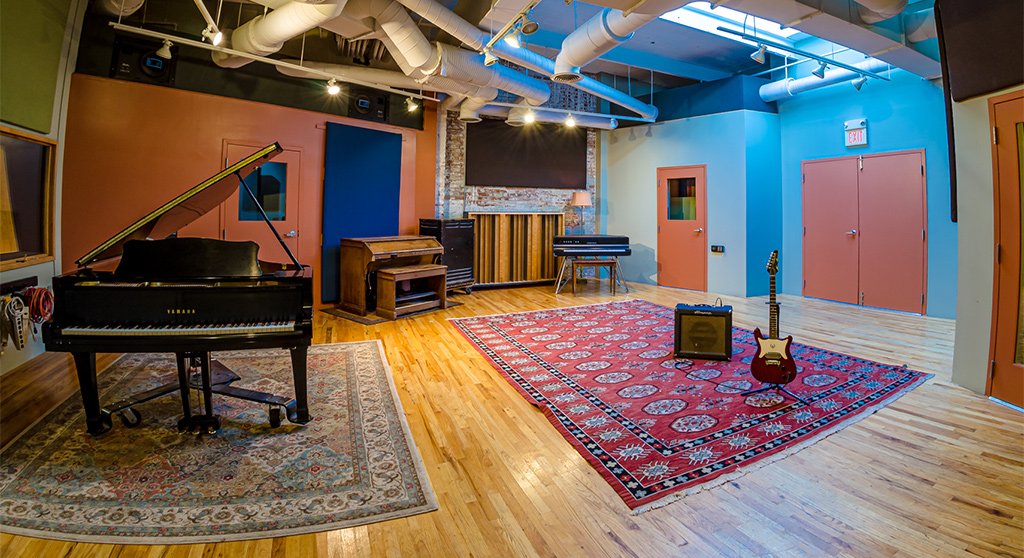 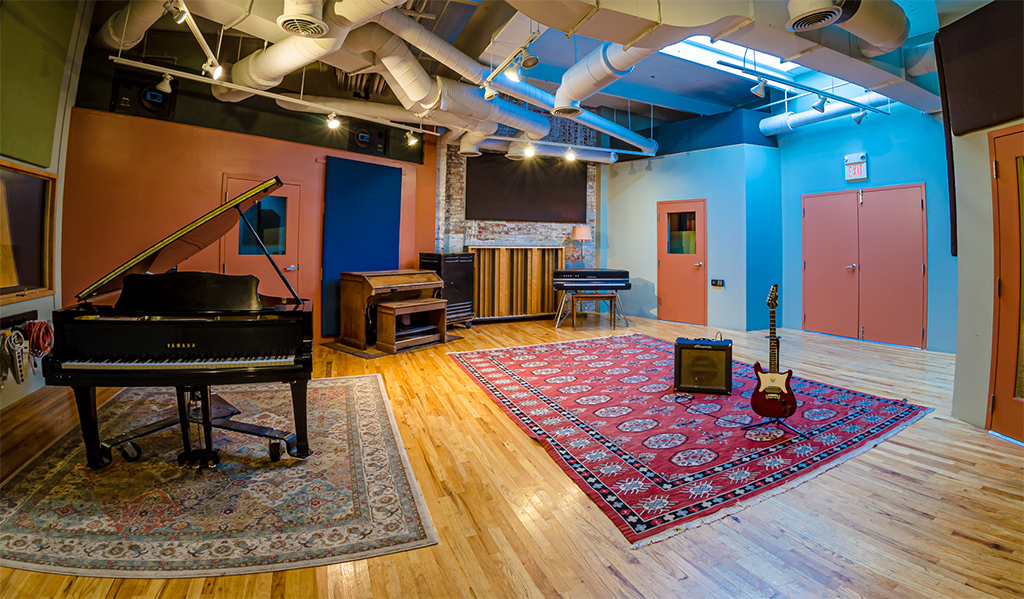 A recording studio at Q Division in Somerville, which plans a move to Cambridge. (Photo: Rafi Sofer)

Its two-decade run at 363 Highland Ave., Somerville, ends in July with the expansion of Recorded Future, an Internet security firm. The company is doing a buildout on Rindge Avenue in a smaller space – 5,000 square feet, rather than the 6,600 square feet in Somerville – that will start with a single studio. “This is a space that we hope to be our last home,” said Jon Lupfer, owner of Q Division, which has a lease with an option to buy.

“We didn’t want to go too far out of town,” said Lupfer, a Cambridge resident.

As coronavirus kills independent music venues, the presence of studios such as Q Division and The Bridge Sound and Stage, also in North Cambridge, helps maintain Cambridge and Somerville as destinations for the music industry. “Yo-Yo Ma was scheduled to be in the week we locked down” for coronavirus, Lupfer said.

Q Division was founded in 1986 by Lupfer and a friend (and bandmate) dating back to their time at Milton Academy, Mike Denneen. “We had the post-college energy of people who don’t know what they’re doing,” Lupfer said. “Mike was the kind of guy who produced friends’ bands and bought a four-track [mixing board]. We were self-taught, but it was possible to do that … It was a good time for that sort of aesthetic, and there was a lot of less-expensive, semi-pro recording equipment coming on the market at the time. We were able to set up the recording studio fairly inexpensively from what it would have been a few years earlier.”

Though the first studio was makeshift, and in a South End building where “half the people were probably not supposed to be,” Lupfer said, it didn’t take long for Q Division to establish itself – especially in Boston’s musical heyday of the 1980s and early 1990s. Aimee Mann brought some of ‘Til Tuesday’s third album, “Everything’s Different Now,” to the studios in 1988; The Pixies too, for its “Surfer Rosa” album the same year. The roster of visitors only grew after the move to Somerville in 2000, including sessions with Destiny’s Child, Wyclef Jean, Natalie Merchant and Liz Phair.

For a time, Q Division (a name referring to the intelligence branch that equips James Bond for missions) had its own record label through Columbia, and still sells a label catalog that includes Christian McNeill & Sea Monsters, The Right Ons and Eli “Paperboy” Reed.

Denneen died in 2018 of colon cancer.

Lupfer is “worried about all the things that are closing” as a result of the coronavirus lockdown, but glad to be part of an area ecosystem that survives. “Commercial real estate in Cambridge and Somerville is very, very difficult even now,” he said. “This was kind of a lucky situation where I know the landlord, and he was someone who was trying to sell a building at the time that we wanted to buy.”