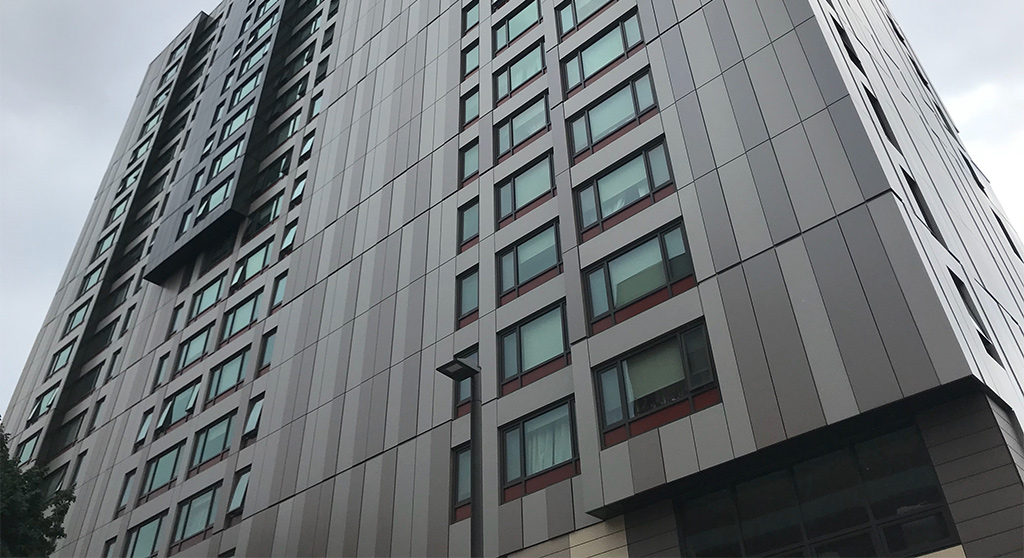 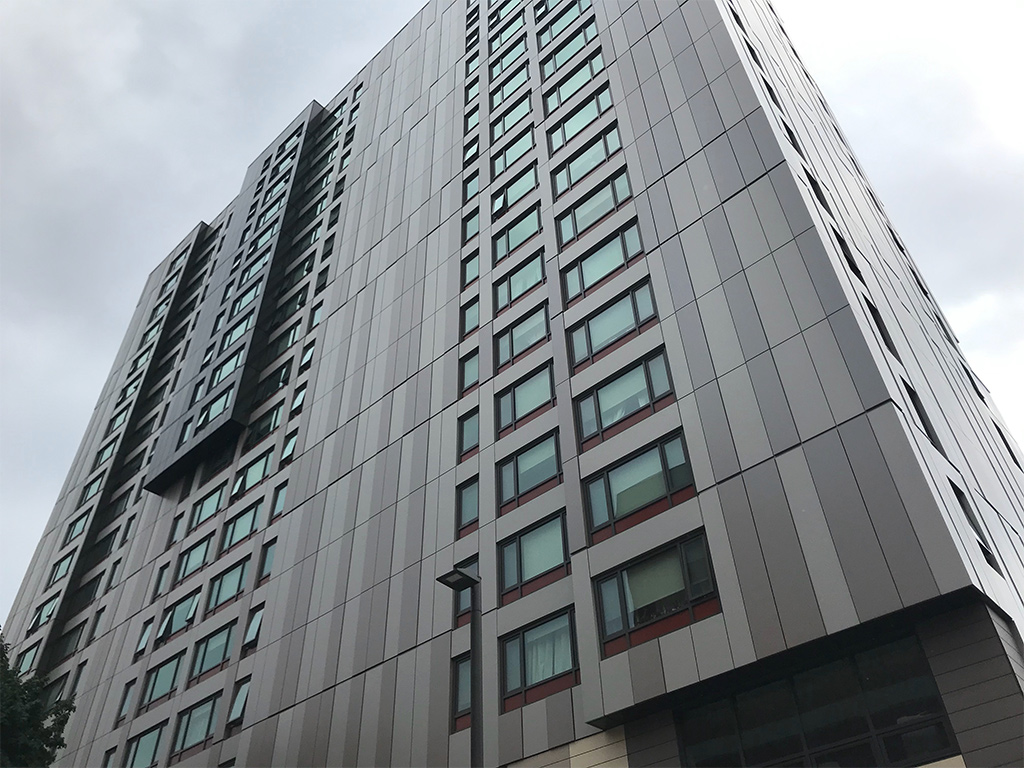 The Frank J. Manning Apartments in Central Square include some of the most senior and disabled units among Cambridge Housing Authority properties. (Photo: Marc Levy)

Residents living in Cambridge public housing developments are dying from Covid-19 in disparately high numbers, accounting for a far higher percentage of deaths than their proportion of the total population, according to figures from the Cambridge Housing Authority. Their burden is coming to light as deaths from the virus begin to mount.

The city reported Tuesday that 107 residents have died from Covid-19 since the pandemic began; the number had remained at 100 deaths for months before it began rising two weeks ago. All but one of the additional deaths were among residents who did not live in a nursing home or assisted living facility, bringing the total number to 34 deaths among residents outside long-term care sites.

In that category, the Cambridge Housing Authority says at least nine of its public housing tenants have died of the virus. Executive director Michael Johnston reported the number to agency commissioners at a meeting Wednesday. Two of the tenants died within the previous week, he said.

At the commissioners’ meeting, he emphasized that the agency knows about cases and deaths only from families and non-official sources such as social media. Johnston has said he’s frustrated by the inability to find out how many CHA residents have been affected by Covid-19 and where cases are; the city’s Public Health Department doesn’t share information because of privacy issues.

Because of the lack of hard facts, Johnston said in an email that he has no official documentation that the nine residents died from Covid-19, and he doesn’t even know if the city counted them as part of the 34 deaths of people outside long-term care facilities. (Public health department spokeswoman Jodie Silverman did confirm that two of the people who died recently lived in public housing. “Our hearts go out to the families,” she said). Seven of the nine lived in developments for elderly tenants and younger disabled residents, Johnston said.

“One thing we can say with certainty is that our elderly/disabled housing is home to some of the city’s most vulnerable residents, and the governor should have included them in Phase 1 of the Covid vaccine distribution plan,” Johnston said. CHA and 91 other providers, managers and other groups associated with affordable senior housing signed a Dec. 11 letter to Baker from the Citizens Housing and Planning Association, asking the governor to add low-income elderly housing tenants to the first phase. The letter pointed out that some older tenants in low-income housing are frail enough to qualify for nursing home care or would live in assisted living if they had the money. Residents of nursing homes and assisted living are now getting vaccinated as part of Phase 1.

He hasn’t heard of any response from Baker, Johnston said. Closer to home, CHA has asked city officials to consider vaccinating tenants of senior and disabled housing in their buildings or apartments instead of requiring them to travel to a central site, and to include privately owned low-income developments such as 411 Franklin St., 2 Putnam Ave. and 1221 Cambridge St.

“Even if the state does not change priorities, a plan like this needs to be rolled out now, as there is a certain amount of selling that will go into this. Residents need to feel that they have a choice, but more important they need to feel that the vaccine is safe … announcing we will be at your door in two days does not meet these needs,” Johnston said.

The city provided door-to-door Covid-19 testing in most CHA elderly and disabled buildings in May with less than a week’s notice; the testing date was moved up after the initial announcement. About 35 percent of residents refused or were not home when paramedics came to their door.

Asked to comment on the number of deaths among public housing tenants, Silverman of the public health department said the department knows that “residents of CHA housing are among the most vulnerable to COVID-19 illness and death” but didn’t confirm a figure for deaths except for the two public housing residents who died recently.

“We are working closely with the housing authority on additional mitigation strategies that can be instituted in these buildings,” Silverman said.

Silverman said the health department “has done quite a bit of proactive and preventative work in neighborhoods that are disproportionately impacted by Covid-19, including residents who reside in public housing,” but provided no details. “There is always more to be done,” she said.

More issues for the elderly

Prodded by Mayor Sumbul Siddiqui and councillor E. Denise Simmons, the health department recently sent its Cambridge Community Corps team of young health educators door-to-door at Fresh Pond Apartments in North Cambridge and Newtowne Court and Washington Elms in The Port to persuade tenants to get tested, and also offered tests without an appointment or standing in line. Silverman said 107 residents at Fresh Pond Apartments took the offer; there are 504 apartments in the development. The department can’t say how many residents of the two public housing developments in The Port got tested at the Pisani Center in the middle of the two complexes, or somewhere else, as a result of the door-to-door campaign, she said.

Beside the rising death toll in the city, the number of cases inside nursing homes and assisted living facilities has also increased recently. Long-term care residents are especially vulnerable because of their age and poor health. They make up 68 percent of total deaths among Cambridge residents.

The number of cases rose to 283 from 277 between Dec. 24 and Tuesday, and the city reported an additional long-term care death for the first time since June 19, bringing the total to 73 deaths. The public health department doesn’t disclose where cases or deaths occur. A state Department of Public Health daily report for Dec. 24, based on information from facilities, said Sancta Maria Nursing Facility had one to four new cases. The same report for Dec. 25 said Neville Center had one to four new infections; however, it wasn’t clear whether those were in the nursing home’s Covid-19 isolation unit for patients from hospitals who are recovering from the virus before going home.