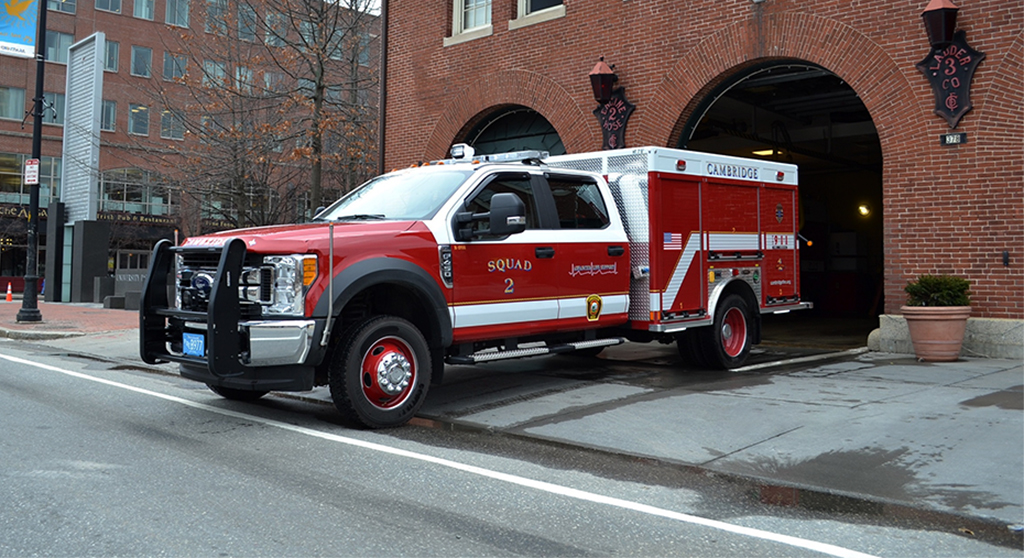 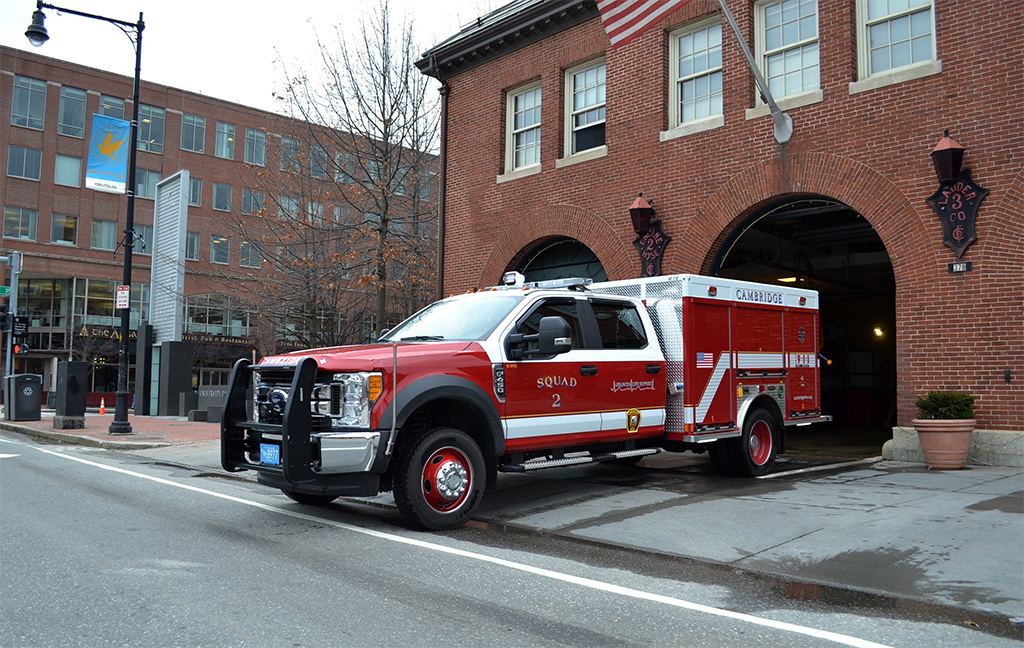 City paramedics will go door-to-door in public housing developments to test residents for the coronavirus. This photo has been retouched to remove a watermark. (Photo: Cambridge Fire Department)

Details of the testing have changed since it was announced by the city Tuesday and described by Johnston at a CHA board meeting Wednesday. It will probably begin in the middle of next week and residents won’t have to make an appointment to be tested. Johnston said plans are still evolving; one thing that has remained the same is that tenants can refuse a test.

The program is part of the city’s effort to test the most vulnerable residents: people who are older, low-income, black or Hispanic. Officials also plan to open a testing site in The Port, the home of many black residents and the neighborhood with the highest rate of infection, according to city data. (By ZIP code, the highest infection rate is in 02141, including East Cambridge and much of the Wellington-Harrington neighborhood.) Cambridge has reported that black residents are testing positive for Covid-19 at three times the rate for white residents. The city may also offer testing in North Cambridge.

The housing authority serves some of the poorest residents in the city and also houses much of Cambridge’s black and Hispanic populations.

Johnston said the agency will deliver letters describing the testing program to each household before it begins. He said paramedics hope to collect 100 to 150 samples a day, perhaps more if they can complete visits at the largest buildings in a day. The tests involve swabbing the nose and throat; the sample will be sent to the Broad Institute of Harvard University and Massachusetts Institute of Technology for analysis. MIT is helping to finance the test kits, city officials said Monday.

The Broad Institute also tested samples from the city’s groundbreaking testing program for all residents and staff at the city’s seven nursing homes and assisted living centers, and from homeless people in several shelters and those living on the street.

In a testing program that’s not focused on specific populations, the Cambridge Health Alliance began offering free Covid-19 tests to any Cambridge resident with or without symptoms of the virus May 8. A mobile site at the Alliance’s East Cambridge clinic at 163 Gore St. is collecting the samples; people must make an appointment at (617) 665-2928.

CHA saw 483 people at the site in the first four days, spokesman David Cecere said Thursday. That’s well below the capacity of 200 tests a day that officials announced. The site is open from 9 a.m. to 4 p.m. Monday through Friday.

Public health officials have said broad testing, including of people without symptoms, is important to get an accurate picture of infections in a community. Many people with no signs of infection, or very mild symptoms, have the virus and can spread it to others. Offering testing to anyone is a recent development and is still not widely available.

Cambridge and other Massachusetts communities still have no idea how many local residents have been tested, which hampers their ability to assess the prevalence of infection. Massachusetts reports the total number of tests statewide but does not report tests by community, and it’s unclear if the state gets information from laboratories that would allow compiling the number of people tested in a city or town.