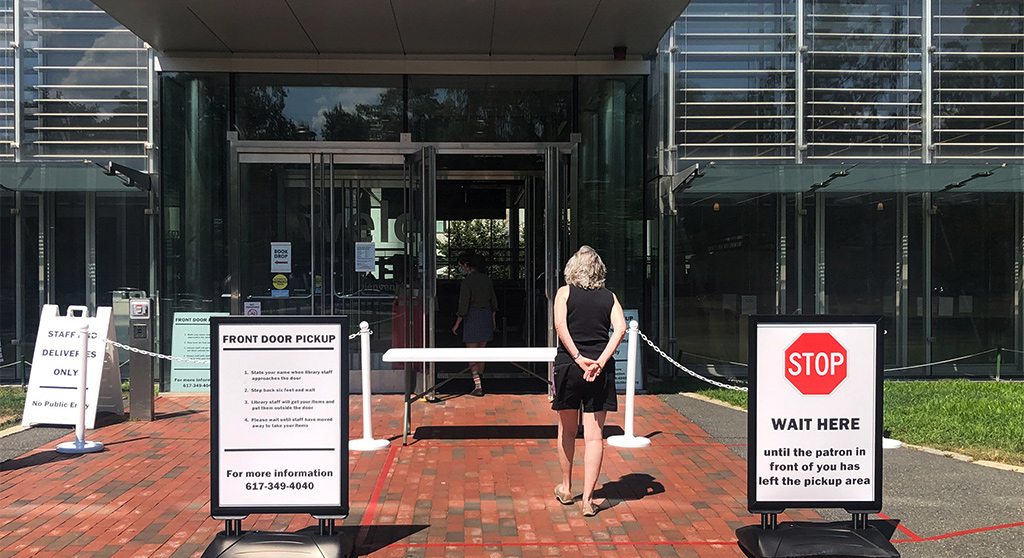 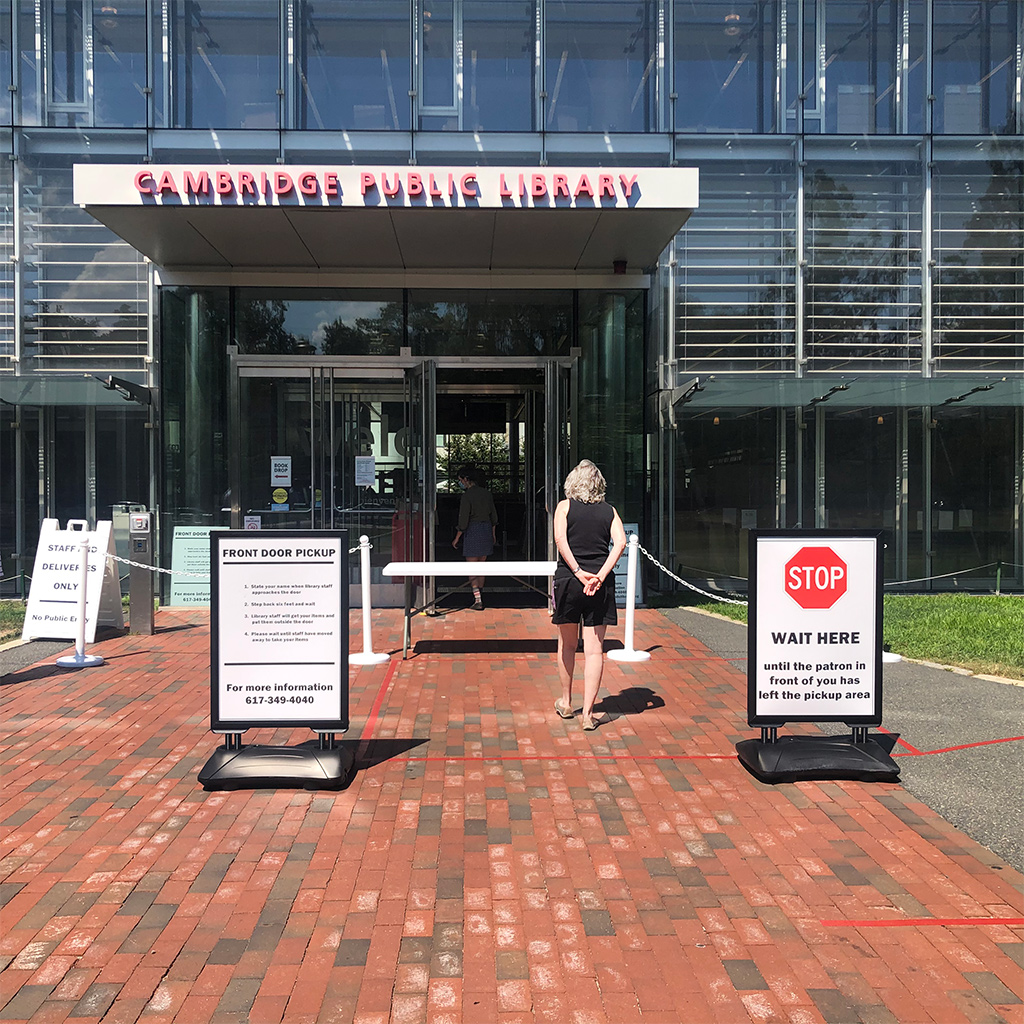 Contactless library pickups are on hold until at least Jan. 18. (Photo: Martha Henry)

The pause on contactless library book pickups through Jan. 18, announced Thursday by the city and causing some unrest among residents, resulted from a “dramatic uptick” in Covid-19 positives among employees and could be extended by another week, City Manager Louis A. DePasquale said Monday.

Residents “who stand in long lines” for pickups are also at risk during the current surge in coronavirus, DePasquale told city councillors on a day that saw 45 newly reported cases and two new deaths from the disease.

While he said he wouldn’t go into the specifics of which city departments were seeing spikes in Covid-19 cases – “public safety … employees who work in municipal buildings as well as outside” were mentioned – there had been an uptick over the past six to eight days, DePasquale said. The same order putting a hold on library pickups ended in-person appointments at city buildings and canceled city-sponsored or hosted community events through March 31.

“It is my responsibility to make sure I protect the employees and the residents,” he said, explaining that the decision was made in consultation with city health commissioner Assaad Sayah and chief public health officer Claude Jacob. “We are in the worst situation we have been in. Seeing the uptick, especially with our workforce, we felt it was the appropriate thing to do.”

Librarians are working on ways to help make up for the interruption in services, including safe book-drops at school lunch sites and giveaways at Rindge Towers public housing, which are “nearly ready to go,” said Maria McCauley, the city’s director of libraries. Staff have checked out 220,833 books and other materials and processed 179,211 returns since mid-June, McCauley said, and youth service librarians have contacted every preschool and Head Start teacher to offer virtual visits or pickup of materials linked with their curriculum.

That answered the initial concerns spoken Monday by vice mayor Alanna Mallon, who lamented losing “a lifeline for many of the kids who are not in school and don’t have access to a school library,” especially a service that seemed safe and healthy. She wondered, though, about seeing school staff going back to work with the return of in-person learning just as library staff were relieved of work. “I find the juxtaposition troubling,” Mallon said. “I think the community is perplexed.”

Councillor Quinton Zondervan had similar questions, and wondered if it wasn’t more logical to do a two-week citywide shutdown to interrupt the spread of coronavirus. (DePasquale said conversations were ongoing with the governor and other leaders of cities and towns about regional efforts; in the meantime, Cambridge’s restrictions were tougher than what the state has ordered.)

Councillor Patty Nolan followed to “push” on how the library decision is made, including whether the city’s Covid-19 Expert Advisory Panel had been consulted, considering that neighboring Arlington, Belmont and Watertown all had libraries open for contactless pickup, and some were even allowing for browsing. “What is the evidence and the science?” Nolan asked.

“The decision is made by the city manager based on the information presented to me … as simple as that,” DePasquale said sharply. “I didn’t have time to go to the advisory committee. I’m proud of the decision. I’m proud of the decisions we made. They can be second-guessed or third-guessed …We can bring up cities that do it different and we can bring up what we’re doing. I’m responsible for the safety and responsibility of the residents.”

DePasquale, Sayah and Jacob were “comfortable that the Expert Advisory Panel would understand and support the decision,” DePasquale said. “I didn’t have time to talk to the council. Some decisions are made quickly … All our decisions are hard. To me, on this one here, it was not that difficult. Safety has to be first.”

“Therefore, I really would appreciate support on this matter,” DePasquale said.

Nolan, taken slightly aback, told the city manager, “I hear your frustration” and acknowledged he’d been making tough decisions daily – but she wants to understand the process to be able to explain it to constituents. “When they see things they don’t understand, if we can’t explain them, it is very hard.”

This post was updated Jan. 5 to give a more specific picture of what municipal employees were seeing upticks in coronavirus cases.