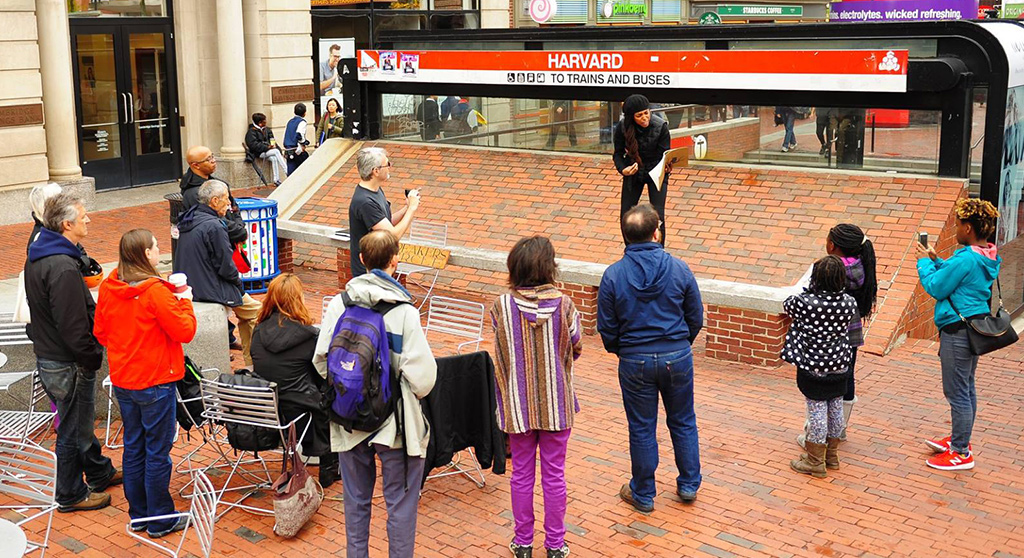 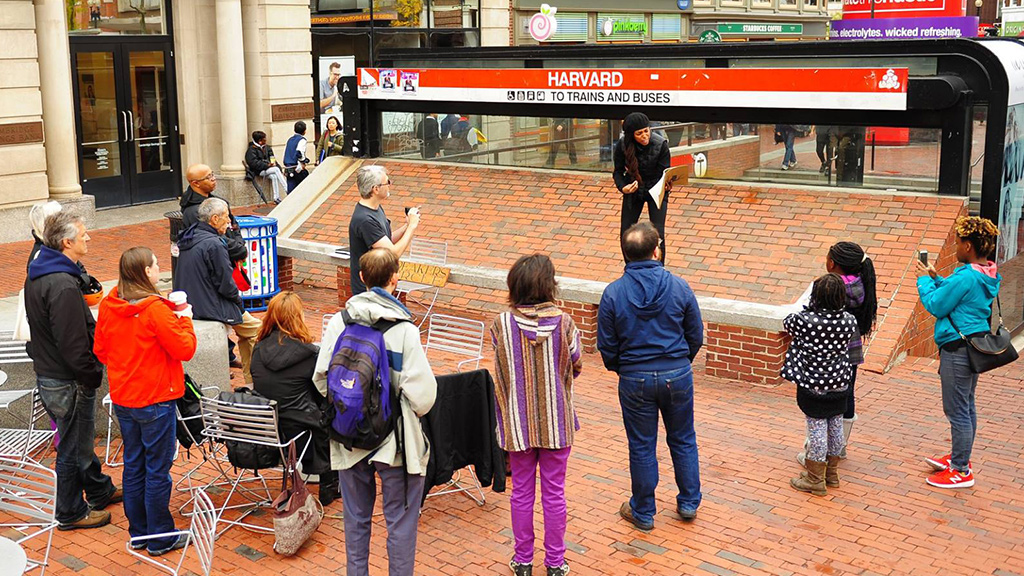 Before city planners, business representatives and residents gather (virtually) Thursday to “introduce small improvements” to Harvard Square’s Palmer Street, here’s an idea from 2015: Use the alley for a weekly free speech event where activists, iconoclasts, poets, comics and anyone else with ideas or questions can come to compete in a marketplace of ideas – surrounded by an actual marketplace of food vendors.

More than five years ago Harvard Square had a version of this. It took place Sundays in The Pit, behind the red line T stop headhouse, and was called Speakers Circle.

But it had been pitched originally to the Harvard Square Business Association and Cambrdge Arts to take place in Palmer Street. (I know because I’m the one who proposed it, and tried running it for during summer and fall months of 2015.) Though the Harvard Square location allows for discovery by tourists and passersby, and there were many who paused to listen to our speakers, it is better suited for Palmer Street. A walk from Church Street to Brattle Street will feel more like a journey from one voice to the next, while on that central plaza, there were noises, not voices, competing for attention, and we had only one voice at a time. Better to have several, letting people leave the one that bores them to find one to engage with.

Both the HSBA and Cambridge Arts had reservations about the concept – about promoting unfettered free speech that might go in ugly directions. But the idea of a speakers corners, circle or alleys is hardly unique or untested. It’s been going in London’s Hyde Park since the 1800s. Harlem’s Speakers’ Corner at West 135th St. and Lenox/Malcolm X Boulevard “was a hub of public intellectual and cultural life” in Manhattan from the 1910s to the 1960s, according to Columbia University’s Harlem Memory Walk, where “speakers gathered massive crowds around lectures on subjects from economics and philosophy to literature and the arts.” There are smaller versions around the world; the University of Missouri created its own in 1987 as one of only two places in the state where anyone would be allowed to speak to a crowd without a permit.

These places operate by their own sets of rules, and they do well enough. In my experiments in 2015, we had people of all sorts get up to speak, from cigarette advocates to lyrical poets, but it never got out of hand. (The main problem of Speakers Circle, aside from the lack of proper publicity, was how quickly it just became a bunch of white men talking. I had to go out and recruit to seed the events with more diverse voices.) And audiences are allowed to talk back. That’s part of the marketplace of ideas too.

People say Harvard Square has been drained of its soul. Imagine having this creative and intellectual bazaar as the path to the best existing claim to the legacy: Club Passim, the 63-year-old folk club where the voices of Joan Baez and Bob Dylan echo.

It’s hard to think of a better address, and a better place than Cambridge and Harvard Square (“the most opinionated ZIP code in America”), for a celebration of free speech. As officials look at “lighting, art installations, street furniture or other enhancements” with the goal of making it a “more active and inviting pedestrian walkway and public space,” please consider this on-brand, tourist-attracting, mind-expanding concept as well.